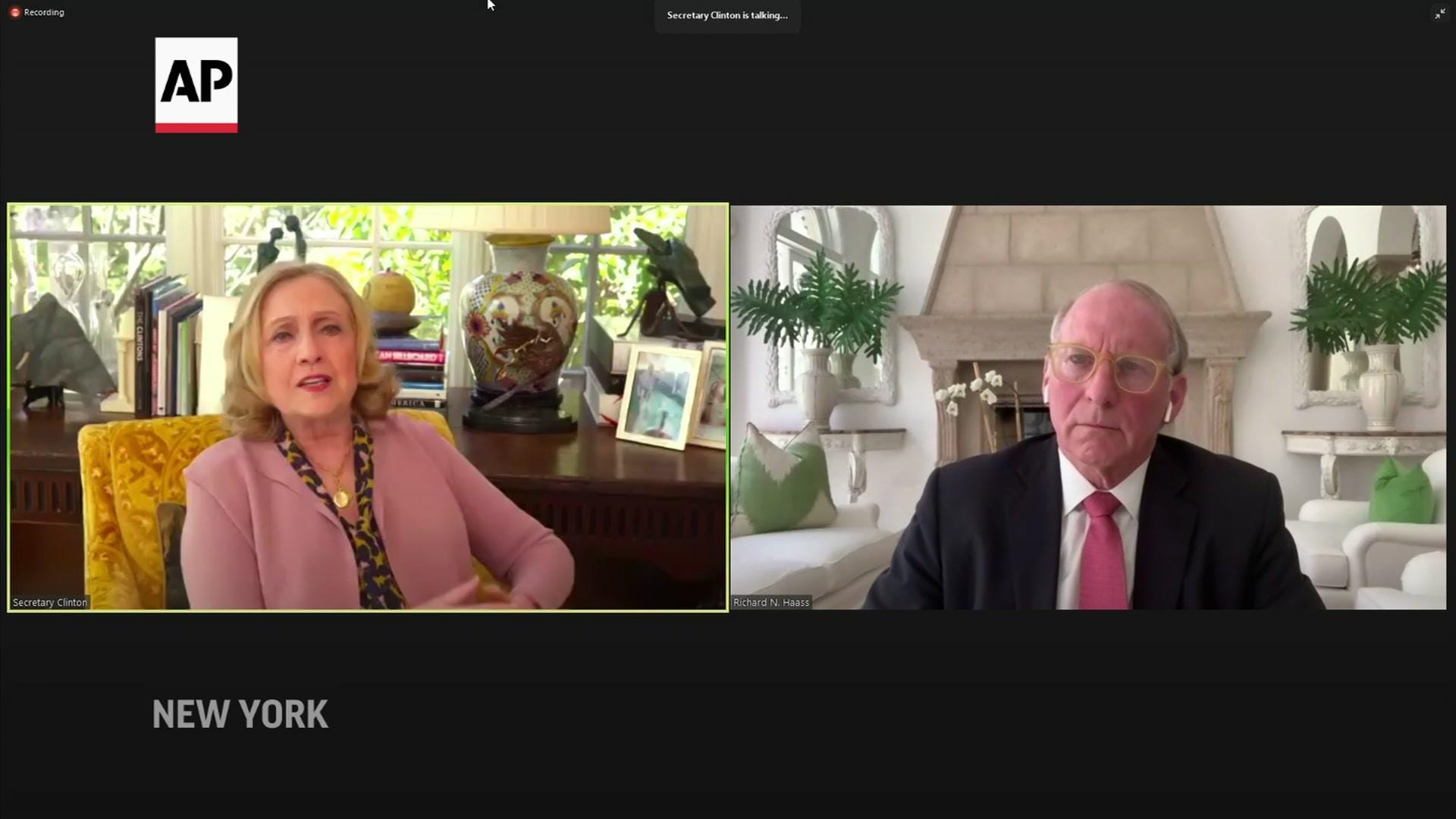 The White House defended its America-first COVID-19 vaccination strategy this week, calling it justified because of the country’s terrible outbreak and promising to share shots after Americans are protected.

Global leaders and residents of other countries voice increasing criticism of the United States and other wealthy nations for buying up most of the world’s supply of COVID-19 vaccines.

Tedros Adhanom Ghebreyesus, director general of the World Health Organization, has been particularly condemning, saying rich countries are directly responsible for the deaths of high-risk people in low- and middle-income countries.

“Countries that are now vaccinating younger, healthy people at low risk of disease are doing so at the cost of the lives of health workers, older people and other at-risk groups in other countries,” he said Monday at a news conference.

As long as the pandemic rages out of control anywhere, he pointed out, variants can emerge that pose risks to those who’ve been infected or vaccinated. “The inequitable distribution of vaccines is not just a moral outrage. It’s also economically and epidemiologically self-defeating,” Tedros said.

Tracking COVID-19 vaccine distribution by state: How many people have been vaccinated in the US?

“The president has stated his No. 1 priority is to make sure we prioritize vaccination in this country. We’ve suffered over 540,000 deaths – more than anywhere else in the world,” Slavitt said. “He came into office with this seriousness of purpose to make sure that we make this country safe again. We have procured the vaccine supplies, the vaccination sites, increased the number of vaccinators.”

Bringing the pandemic under control in the USA will require a global effort, Slavitt agreed, and the administration is focused on rejoining global health leadership, a role the Trump administration rejected.

The Biden administration has invested $4 billion in an effort to supply vaccines to low- and middle-income countries; promised to advance 4 million vaccine doses to Mexico and Canada; and helps develop manufacturing capacity across the globe.

“After we do take care of the really difficult situation we’ve had in our own country with over 535,000 deaths, we will obviously, in the future, have surplus vaccine,” Anthony Fauci, head of the National Institutes of Allergy and Infectious Diseases, said at Wednesday’s news conference. “And there certainly is a consideration for making that vaccine available to countries that need it.”

By the end of May, the United States is projected to have enough COVID-19 vaccine to protect all adults, with more available later in the year if regulators allow children to be vaccinated. The country will have roughly double the number of doses it needs to vaccinate its entire population by the end of the summer or early fall, if the five front-running COVID-19 vaccine makers meet their contractual obligations to the government.

Slavitt and others in the administration have declined to detail what might be done with that vaccine surplus until it actually materializes and the needs of Americans are met. Demand still vastly outstrips supply, and a surplus won’t exist until millions more doses are produced.

Three vaccines are authorized for use in the USA, from Pfizer-BioNTech, Moderna and Johnson & Johnson. Two more – one from AstraZeneca-Oxford University and another from Novavax – are likely to seek authorization this spring.

As of Wednesday, nearly 170 million doses of the three authorized vaccines have been delivered.

“It’s impossible for any one country to tackle this pandemic alone. The world is too interconnected,” said Chris Elias, president of global development at the Bill & Melinda Gates Foundation.

Elias said COVAX, a global initiative to provide COVID-19 vaccines, “will help all countries that have equal and fair access to COVID-19 vaccines – to end the pandemic and put us on a path toward a more equitable world.”

COVAX, jointly organized by the Coalition for Epidemic Preparedness Innovations, Gavi, the Vaccine Alliance and World Health Organization, has shipped vaccine to 50 countries and promises to vaccinate 20% of the populations of low- and middle-income countries by the end of the year.

The initial rollout has been slow, and production issues and high infection rates in India where many of those doses are produced, will slow efforts even further, COVAX announced Thursday.

Medical ethicist Dr. Arthur Caplan said in an interview it is “morally correct” for the United States to take care of its own first. He compared it to the directions given on every airplane to “put on your own oxygen mask first before helping others.”

The WHO’s Tedros praised South Korea for waiting its turn rather than using its wealth to jump the line. Caplan, a professor of bioethics at the NYU School of Medicine in New York City, said it’s natural for countries to engage in “vaccine nationalism.”

“They’re going to get their own country stable first,” he said. “I think that’s morally correct. Get people out, get your economy going. Back to school. Get stable. Then you worry about sharing.”

Dr. Luciana Borio, vice president of vaccine developer In-Q-Tel and a former acting chief scientist of the Foof and Drug Administration, strongly disagrees. She said the United States should allocate a portion of its vaccines to lower- and middle-income countries as it rolls shots out to its own population, and not wait for a surplus.

“It’s not right to have health care workers in some countries not having access to any vaccine,” Borio, a member of the COVID-19 Vaccine Analysis Team of independent experts, said Thursday.

“It’s not going to be enough for those who want more, and it’s too much for those who don’t want us to give any,” she said, “but I think that’s the right approach.”

Sorgente articolo:
Should US share its COVID-19 vaccine supply with the world? The White House says it will – but not yet. – USA TODAY