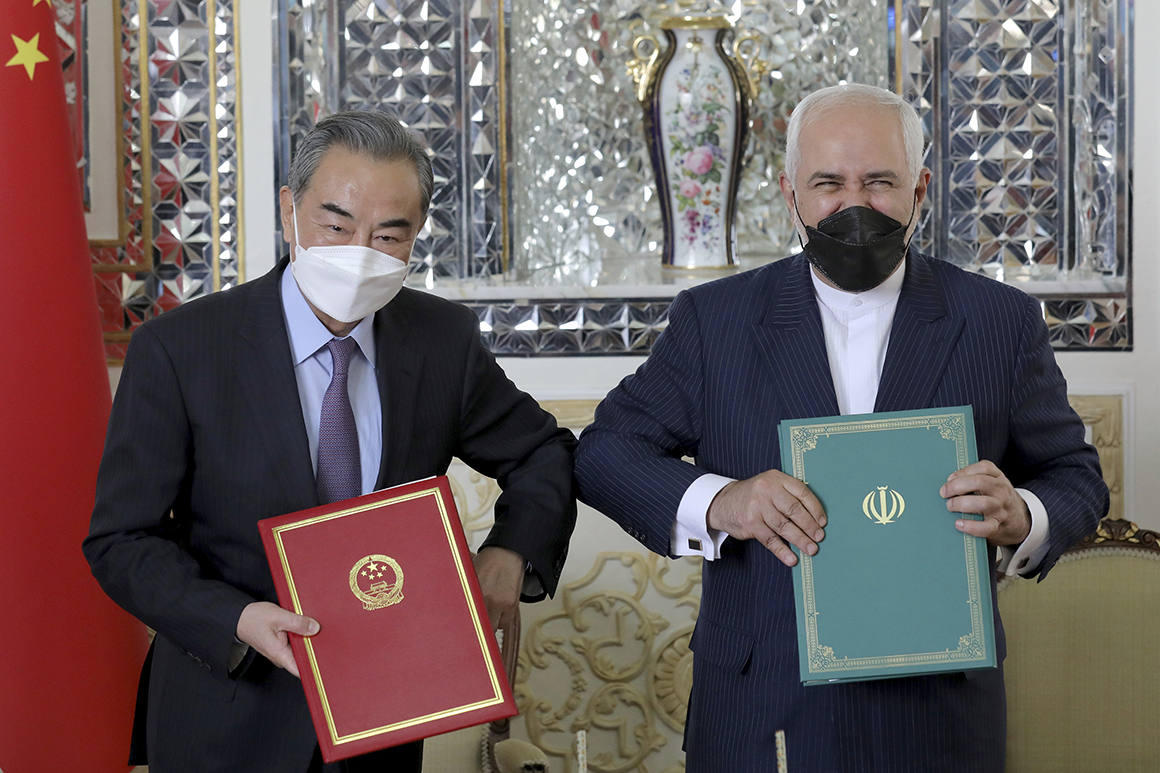 The deal marked the first time Iran has signed such a lengthy agreement with a major world power. In 2001, Iran and Russia signed a 10-year cooperation agreement, mainly in the nuclear field, that was lengthened to 20 years through two five-year extensions.

The deal, which had been discussed since 2016, also supports tourism and cultural exchanges. It comes on the 50th anniversary of the establishment of diplomatic relations between China and Iran.

The two countries have had warm relations and both took part in a joint naval exercise in 2019 with Russia in the northern Indian Ocean.

Reportedly, Iran and China have done some $20 billion in trade annually in recent years. That’s down from nearly $52 billion in 2014, however, because of a decline in oil prices and U.S. sanctions imposed in 2018 after then-President Donald Trump pulled the U.S. unilaterally out of a nuclear deal between Iran and world powers, saying it needed to be renegotiated.

Iran has pulled away from restrictions imposed under the deal under those sanctions in order to put pressure on the other signatories — Germany, France, Britain, Russia and China — to provide new economic incentives to offset U.S. sanctions.