As Lapid forged ahead, the right-wing Yamina and New Hope parties held talks and Yamina lashed out at Yesh Atid, saying the opposition leader was not looking for “reconciliation.”

Gantz and Lapid discussed ways to form a new government during their meeting, according to a Yesh Atid statement. They were expected to hold further talks in the coming days.

The two were political allies in Blue and White but had a bitter falling out last year when Gantz decided to join Netanyahu in a unity government, citing a need for a functioning government during the pandemic but breaking his central campaign pledge. Lapid went to the opposition.

Sunday’s meeting was their first since their acrimonious split.

After the meeting, Gantz struck out at Netanyahu by canceling a cabinet meeting planned for Monday morning, blaming the premier’s refusal to appoint a permanent Justice Minister.

Yesh Atid will be the second-largest party in the 120-seat Knesset with 17 seats, after Netanyahu’s Likud, with 30. Gantz’s Blue and White won 8 seats, surpassing expectations. 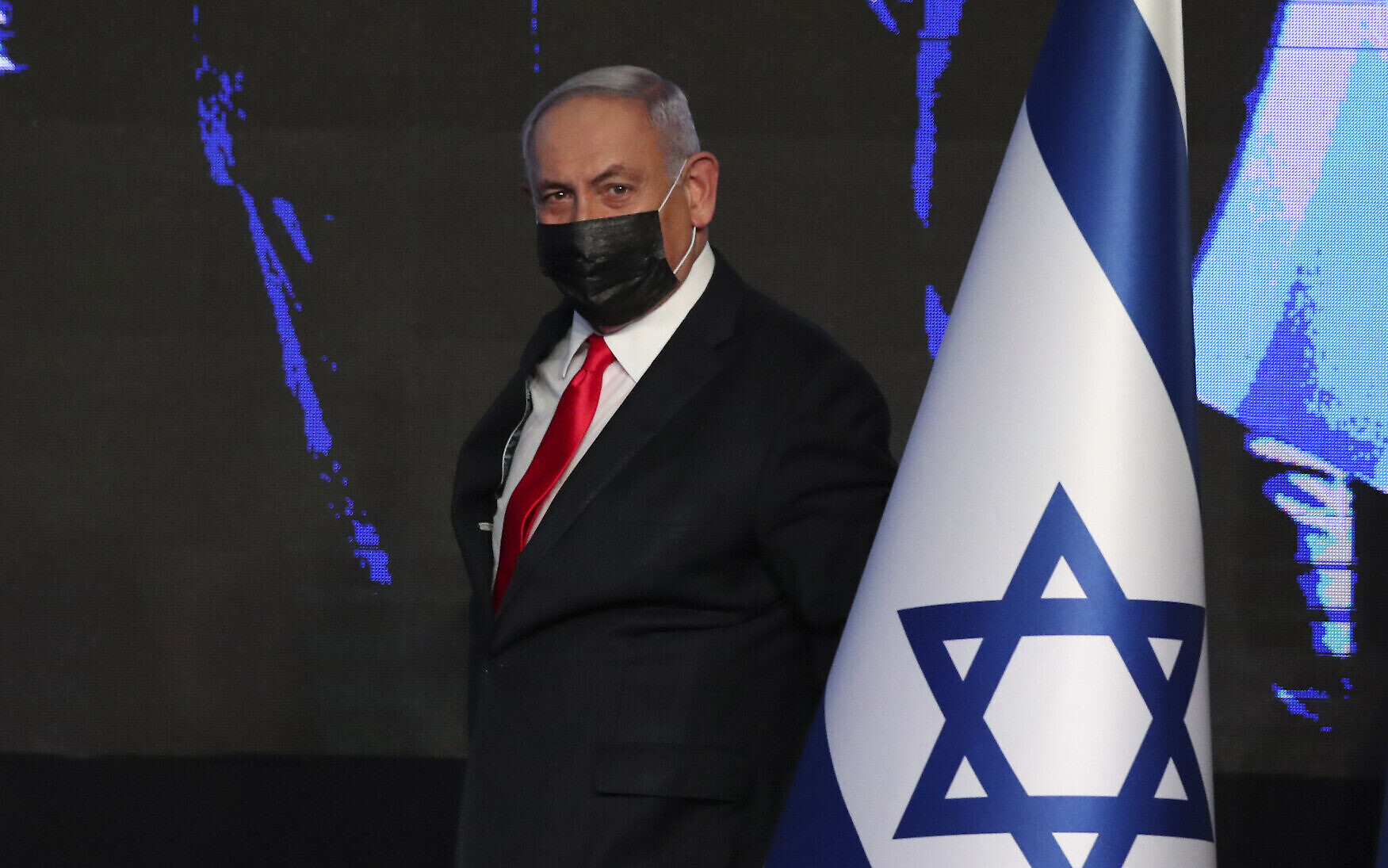 Neither the pro- nor anti-Netanyahu blocs have a clear path to forming a majority coalition after Tuesday’s vote, the fourth national election in two years.

Naftali Bennett, the leader of Yamina, and New Hope’s Gideon Sa’ar said in a joint statement Sunday that they had talked for the second time since the election.

The two right-wing leaders conversed to “update and coordinate positions ahead of moves to form a new government,” the statement said. Bennett has not committed to either the pro- or anti-Netanyahu bloc, while Sa’ar has ruled out joining the premier.

Both said before the election they would not join a Lapid-led government, and have talked with the Yesh Atid leader since the election.

Yamina told media in a statement attributed to “senior party officials” that Lapid “is not interested in establishing a reconciliation government, but a left-wing government with the full support of Arabs.״ 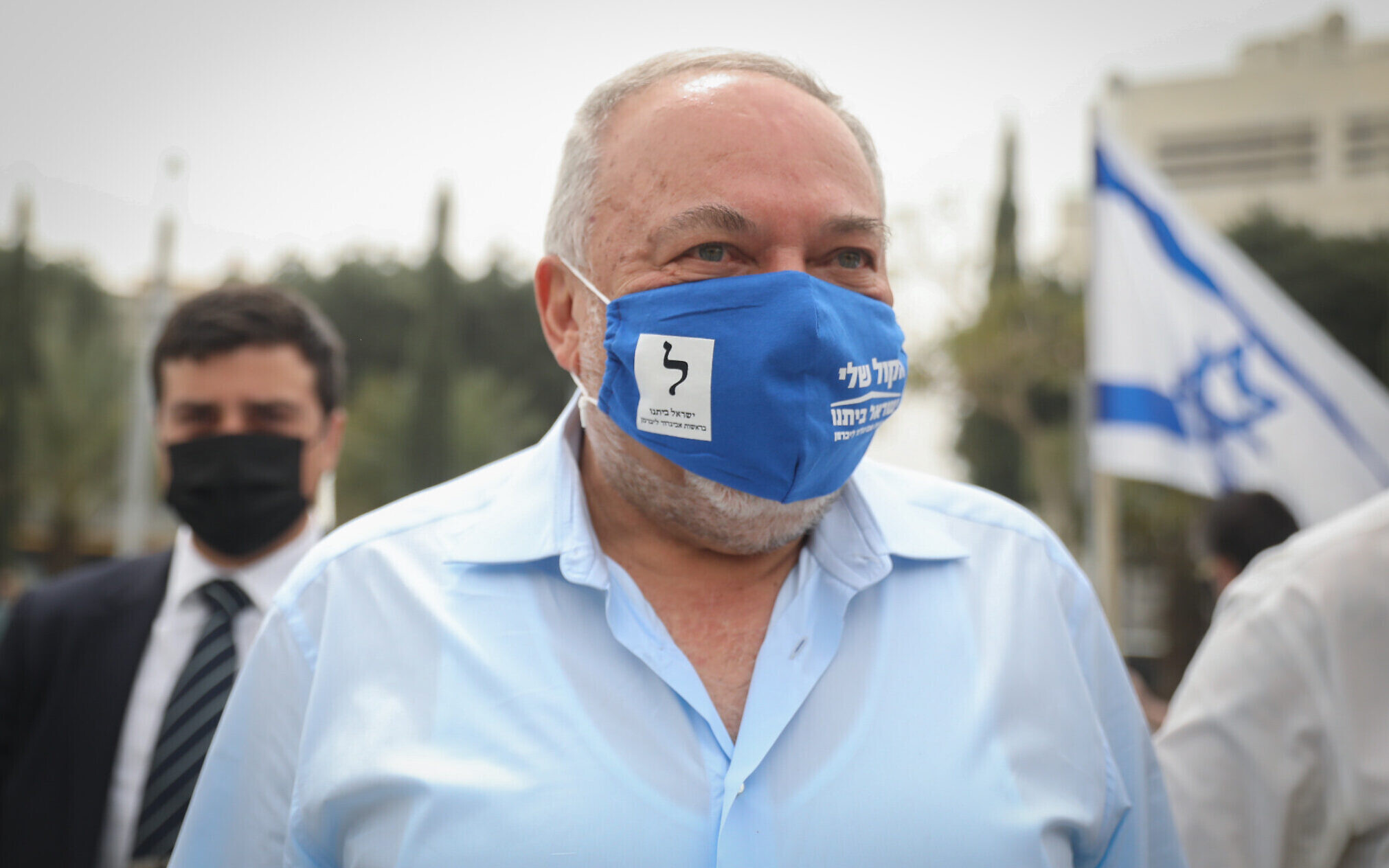 Earlier Sunday, Lapid won the support of Yisrael Beytenu party leader Avigdor Liberman in his bid to form the next government.

Liberman did not explicitly say he will recommend Lapid get first crack at assembling a governing coalition, but pledged to back the leader of the largest party in the “change bloc” of factions opposed to Netanyahu, which is Yesh Atid. Liberman on Friday met with Lapid for the first time since the elections.

Party leaders meet with President Reuven Rivlin on April 5 to recommend their preferred candidate for prime minister. Rivlin will then announce who will be given the mandate to form the next government, and the chance to become premier, based on whom he assesses has the best chance of doing so.

The leaders of the Labor and Meretz parties have also indicated they will back Lapid, and he is expected to meet with the Arab-majority Joint List alliance later in the week.

Lapid on Sunday met with Mansour Abbas, whose Islamist Ra’am party has not committed to either bloc and has emerged as a potential kingmaker. 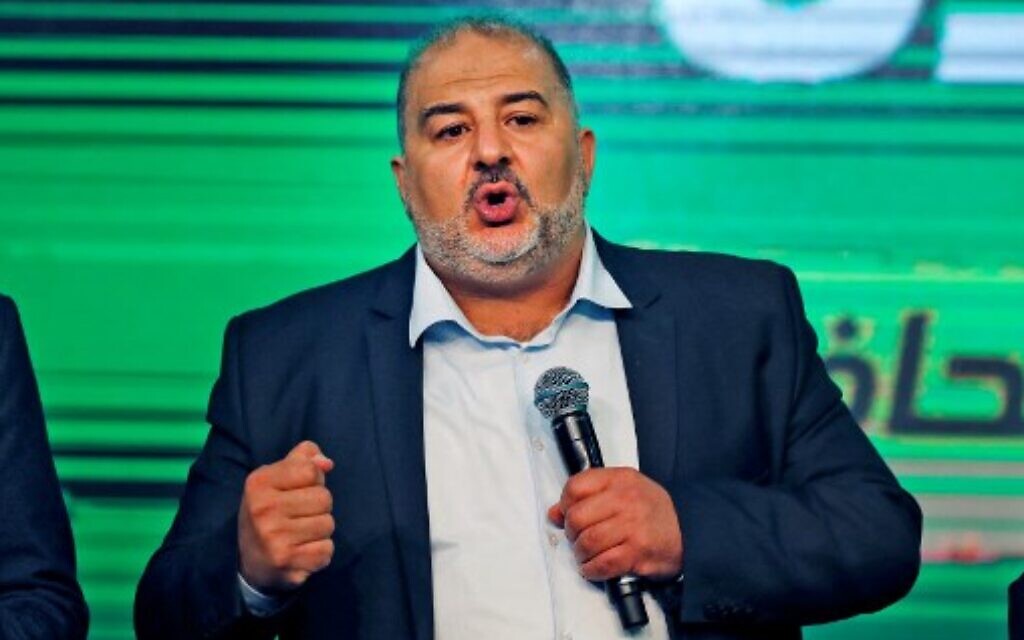 Ra’am leader Mansour Abbas at the Islamist party’s campaign headquarters in the northern city of Tamra, on March 23, 2021. (Ahmad Gharabli/AFP)

Lapid and Abbas “discussed the possibility of forming a new government. At the end of the meeting, the two sides agreed to continue talks between them in the coming days,” Ra’am said in a statement.

Netanyahu repeatedly ruled out relying on Ra’am to form a government in the run-up to the March 23 elections, calling the party anti-Zionist. Right-wing parties in both camps have both said they will not sit in the same coalition with Ra’am.

The so-called “change bloc” is divided over who should lead the bloc and by conflicting ideologies among its parties, unlike Netanyahu’s more cohesive prospective coalition.

Netanyahu has the backing of his long-time ultra-Orthodox allies in Shas and United Torah Judaism, as well as the right-wing Religious Zionism party.

His bloc would number 59 seats, two short of a majority, if Yamina joins. Netanyahu was reportedly fishing for possible “defectors” to leave other parties and join him, as well as disqualify other votes to shift a seat to Likud, in order to tip the scale in his favor.

Netanyahu was expected to seek a meeting with Bennett in the coming days, Channel 13 reported.

In a statement Friday, Bennett said he’d spoken over the past two days with the heads of all non-Arab parties from the right and the left, wished them a happy Passover, and “stressed the need to take responsible, principled action in order to release Israel from chaos and allow it to return to functioning properly as soon as possible.”

Sorgente articolo:
Lapid meets with Gantz as he continues to muster support; Yamina lashes out – The Times of Israel