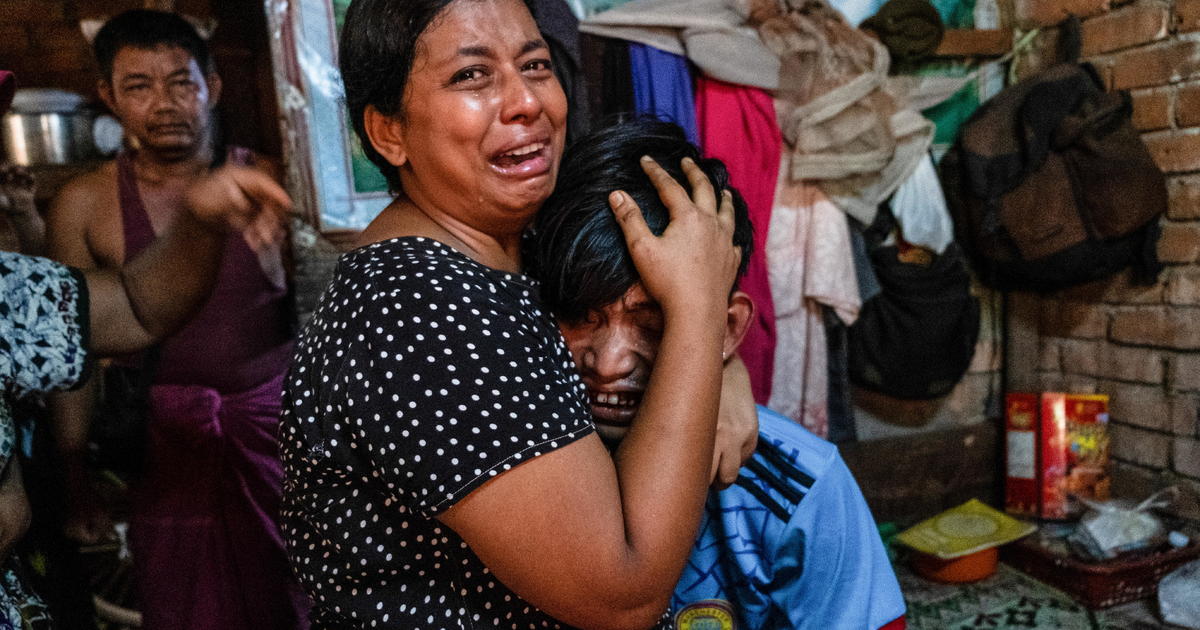 Police and soldiers reportedly killed dozens of people, including children, across Myanmar on Saturday, as the military celebrated the 76th annual Armed Forces Day in the capital with a parade.

The online news site Myanmar Now reported late Saturday that the death toll had reached 114, according to The Associated Press. A count issued by an independent researcher in Yangon who has been compiling near-real time death tolls put the total at 107, spread over more than two dozen cities and towns.

A previous high for estimated deaths in a single day stood between 74 and 90 on March 14, the AP reported.

Myanmar Now also reported dozens of injuries, including a 1-year-old baby in Thamin, Yangon, who was reportedly shot in the eye with a rubber bullet. The baby was playing near the armed forces when they were shot, according to Myanmar Now. Another local outlet, The Irrawaddy, said the death toll, which it reported was at least 59, included four children, ages 5, 10, 13 and 15. CBS News has not independently confirmed how many people were killed.

Thousands of people on Saturday were protesting the military’s takeover. Students, monks, nuns, health care workers and educators have all taken part in demonstrations to demand a return to the path toward democracy since the military junta seized control in early February.

Secretary of state Antony Blinken tweeted on Saturday that the U.S. is “horrified by the bloodshed perpetrated by Burmese security forces, showing that the junta will sacrifice the lives of the people to serve the few.”

The chiefs of defense of the U.S., Australia, Canada, Germany, Greece, Italy, Japan, the Kingdom of Denmark, the Kingdom of the Netherlands, New Zealand, the Republic of Korea and the U.K. also issued a statement condemning the violence.

The European Union Delegation to Myanmar tweeted that Saturday “will stay engraved as a day of terror and dishonour.”

“The killing of unarmed civilians, including children, are indefensible acts,” the delegation tweeted.

Thomas Vajda, the U.S. ambassador to Myanmar, condemned Saturday’s killings and called for an “immediate end to the violence and the restoration of the democratically elected government.”

“On Myanmar’s Armed Forces Day, security forces are murdering unarmed civilians, including children, the very people they swore to protect,” Vajda said. “This bloodshed is horrifying. These are not the actions of a professional military or police force.”

The United Nations in Myanmar said it is horrified by the “needless loss of life,” and said Saturday marks the “bloodiest day since the coup.”

“The violence is completely unacceptable and must stop immediately,” the UN said. “Those responsible must be held to account.”

As of Friday, 328 people had been killed in the crackdown since the coup, according to the Assistance Association for Political Prisoners, a monitoring group based in Thailand. On Tuesday, a 7-year-old girl was shot and killed by government security forces as she was running to her father when the military kicked in the door to their home, her family said.

UNICEF reported Wednesday that at least 23 children have been killed since the crisis started.

Sorgente articolo:
Myanmar forces kill dozens of people, including children, in what may be deadliest day since coup – CBS News