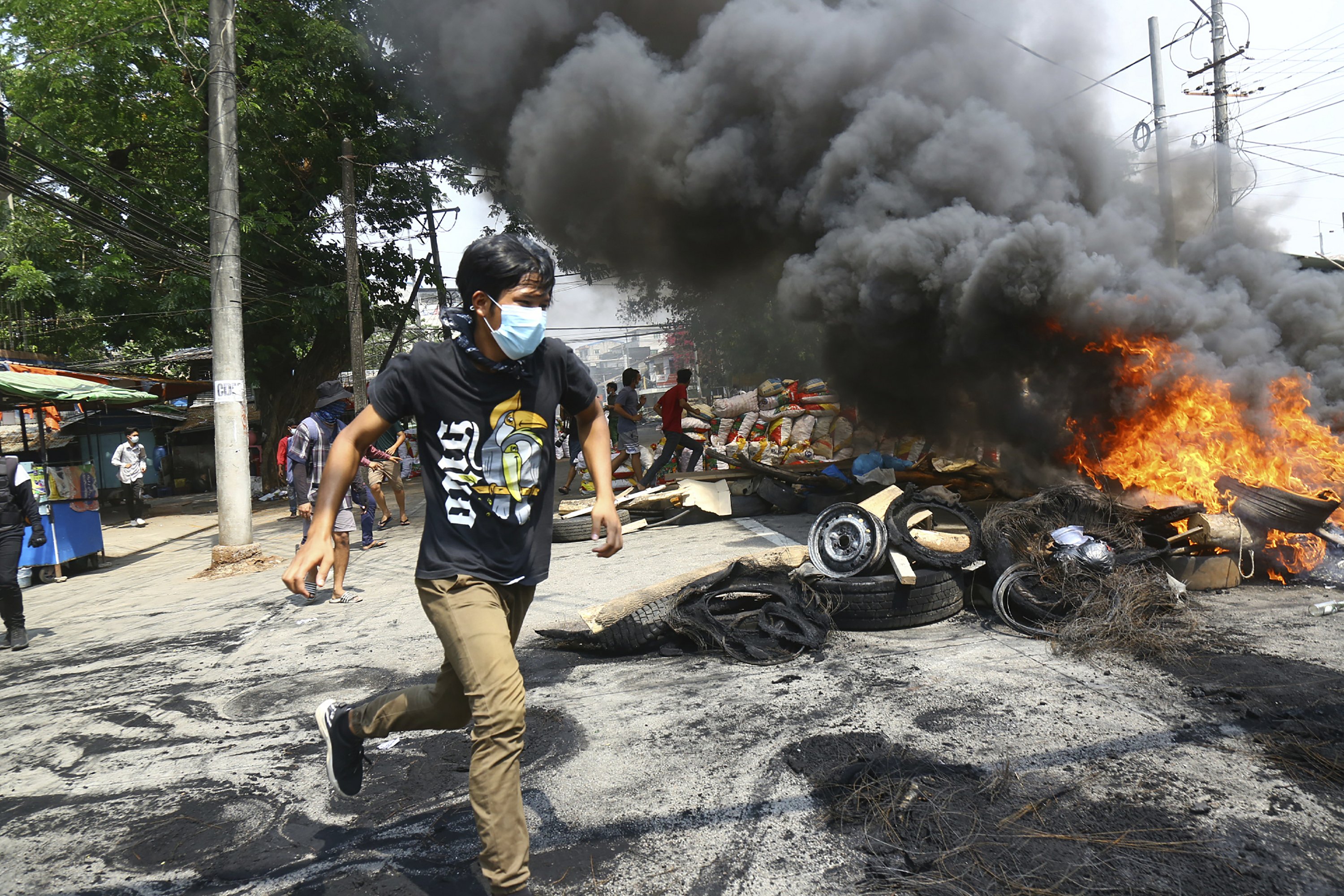 YANGON, Myanmar (AP) — Mourners flocked to the funerals of those killed in the deadliest day of a crackdown on protests of last month’s coup in Myanmar, as demonstrators, uncowed by the violence, returned to the streets Sunday to press their demands for a return to democracy.

A day earlier, security forces killed at least 114 people, including several children under 16, according to local media — a shocking escalation that prompted the U.N. rapporteur to accuse the junta of committing “mass murder” and to criticize the international community for not doing enough to stop it. There were reports that the violence continued Sunday.

At a funeral in Bhamo in the northern state of Kachin, a large crowd gathered to chant democracy slogans and raise the three-finger salute that has come to symbolize resistance to the military takeover. Family and friends were paying their respects to Shwe Myint, a 36-year-old who was shot dead by security forces on Saturday.

Mourners also used another funeral as a show of resistance. In Yangon, the country’s largest city, they flashed the three-finger salute as they wheeled the coffin of a 13-year-old boy. Sai Wai Yan was shot dead by security forces Saturday as he played outside his home.

The Feb. 1 coup that ousted Aung San Suu Kyi’s elected government reversed years of progress toward democracy after five decades of military rule. It has again made Myanmar the focus of international scrutiny as security forces have repeatedly fired into crowds of protesters. More than 420 people have been killed since the takeover, according to multiple counts. The crackdown extends beyond the demonstrations: Humanitarian workers reported that the military had carried out airstrikes Sunday against guerilla fighters in the eastern part of the country.

The junta has accused some of the demonstrators of perpetrating the violence because of their sporadic use of Molotov cocktails and has said its use of force has been justified to stop what it has called rioting. On Saturday, some protesters in Yangon were seen carrying bows and arrows.

But it’s still not clear what action is possible — or how quick it will be. The U.N. Security Council has condemned the violence but not advocated concerted action against the junta, such as a ban on selling it arms. China and Russia are both major arms suppliers to Myanmar’s military as well as politically sympathetic, and as members of the council would almost certainly veto any such move.

If the Security Council isn’t able to do anything, Andrews called for an emergency international summit. Already many countries have already imposed some sanctions and threatened more, but it’s not clear what further action governments will take. Human rights group Amnesty International also criticized the hesitancy to do more.

In the meantime, protesters have continued to rally in Myanmar’s streets. In one demonstration in Yangon, a small group made its way through a residential area that the day before had seen chaos with police shooting at demonstrators and the protesters responding with fireworks and Molotov cocktails. The march finished without incident.

But there were reports on social media that more protesters were killed Sunday.

The tension at the border comes as the leaders of the resistance to the coup are seeking to have the Karen and other ethnic groups band together and join them as allies. So far the ethnic armed groups have only committed to providing protection to protesters in the areas they control.