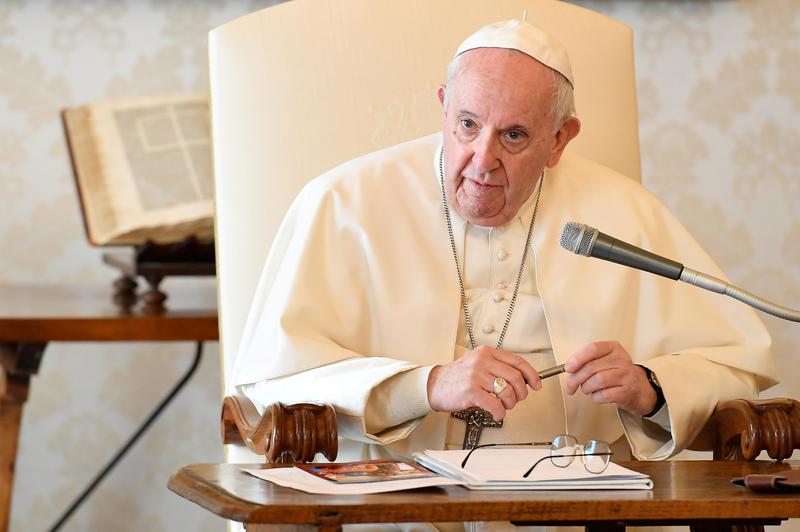 VATICAN CITY (Reuters) – Pope Francis led Palm Sunday services in an almost empty St. Peter’s Basilica because of coronavirus restrictions for the second consecutive year and said the devil is taking advantage of the pandemic.

In pre-coronavirus times, Palm Sunday, which marks the start of Holy Week and leads to Easter, tens of thousands of people would pack St. Peter’s Square holding olive branches and intricately woven palm fronds in an outdoor ceremony.

Instead, only about 120 members of the faithful participated in Sunday’s Mass, joining the pope and about 30 cardinals in a secondary wing of the huge basilica.

“Last year we were shocked. This year we are more under pressure and the economic crisis has become heavy,” Francis said in his traditional Sunday noon address after the Mass.

Italy is in the midst of another national lockdown, which is due to end after Easter. On Wednesday, the pope ordered cardinals and other clerics to take pay cuts to save the jobs of other employees.

“The Devil is taking advantage of the crisis to sow distrust, desperation and discord,” he said, adding that the pandemic had brought physical, psychological and spiritual suffering.

Since he was elected in 2013, Francis has made clear that he believes the devil to be real, saying in a 2018 document that it was mistaken to consider him a myth.

In both his homily during the Mass and his comments afterward, Francis aid the pandemic made it more important than ever to look after those in difficulty, the poor and the suffering.

Nearly everyone who took part in the Mass, except the pope and the choir, wore masks.

In a small-scale version of a traditional Palm Sunday service, the 84-year-old pope and the cardinals processed to the altar holding palm fronds.

Palm Sunday commemorates the day the gospels say Jesus rode into Jerusalem and was hailed by the people, only to be crucified five days later.

During the Mass, the pope had a pronounced limp. He suffers from sciatica, which causes pain in his legs when it flares up.

The remainder of the pope’s Holy Week services – Holy Thursday, Good Friday, Holy Saturday and Easter next Sunday, will also take place with a limited number of participants.