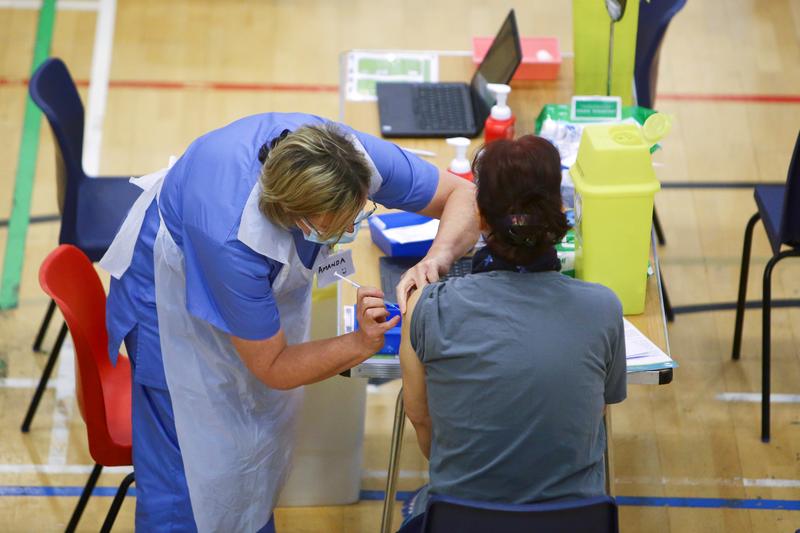 LONDON (Reuters) – Britain is confident second doses of COVID-19 vaccines will be administered on time without mixing jabs, culture minister Oliver Dowden said on Sunday amid concerns over a slowdown in supplies.

The government warned earlier this month that its vaccination programme would slow down in April due in part to a delay of a shipment from India’s Serum Institute.

The European Union has also threatened to block vaccine shipments to countries such as the UK with higher vaccination rates.

“We have borne in mind that we have to get that second top-up in so we are confident that we will be able to deliver it,” he told the BBC’s Andrew Marr Show.

“We are confident that it won’t require mixing of vaccines.”

Dowden also said that the government still expects the Moderna vaccine to arrive in Britain in April.

Asked about a report in The Sunday Times that the government was planning to offer 3.7 million jabs to EU member Ireland, partly to help lift lockdown measures in Northern Ireland, Dowden said Britain does not currently have extra doses.

“Should we get to the point where we have a surplus of vaccines, we’d make decisions on the allocation of that surplus,” he told Sky News.