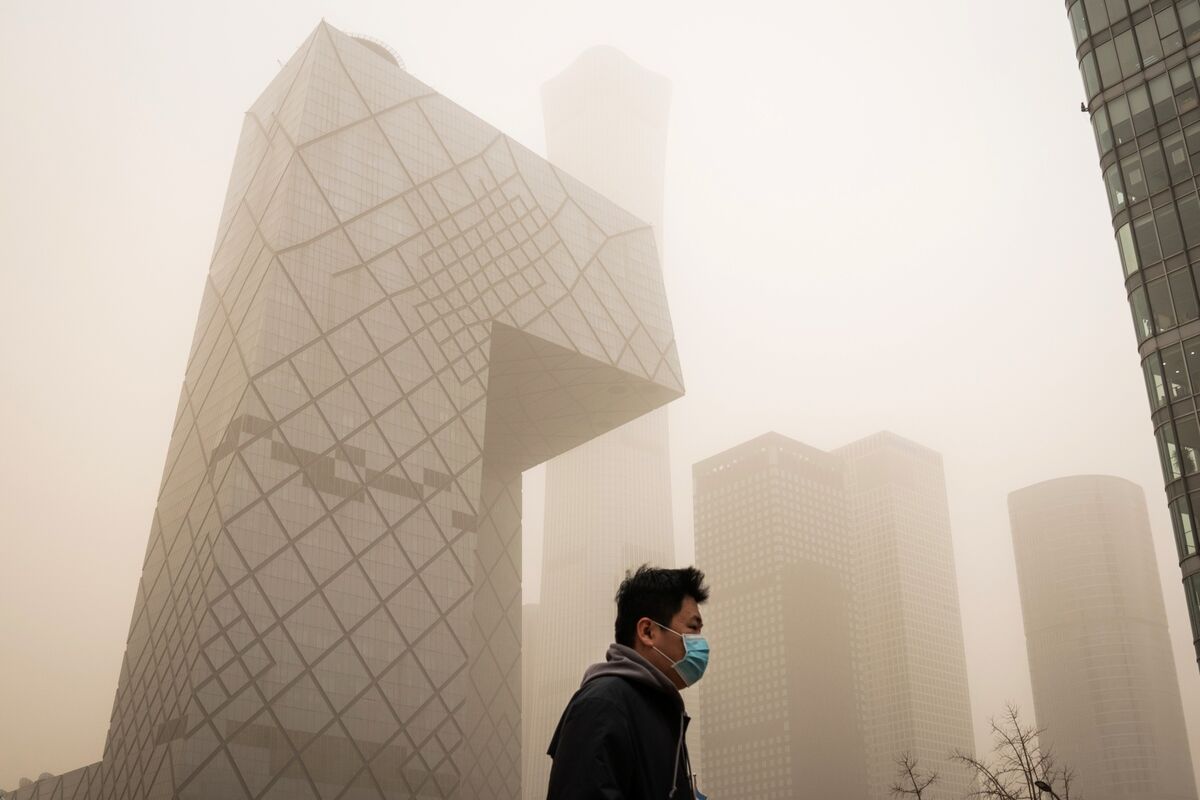 Beijing residents woke up to yellow sky on Sunday morning as northern China was hit by the second sandstorm in less than two weeks.

Air pollution readings surged to the upper limit of 500 at 8 a.m., according to data from the city’s environmental monitory center, as visibility was reduced to less than 1,000 meters (3,280 feet) in parts of the city. Concentrations of PM10, the inhalable particles commonly associated with sand and dust, rose to more than 2,000 micrograms per cubic meter at some monitoring stations.

The Beijing government issued a yellow alert for sandstorms and a blue alert for strong winds, with meteorological authorities blaming Mongolia as the source. The city’s weather bureau advised residents to stay indoor as much as possible, citing health risks.

Local residents took to social media to complain about the increased frequency of sandstorms and worsening air quality this year. The Chinese capital city was hit by the
worst sandstorm since 2017 on March 15.

— With assistance by John Liu, and Jing Li