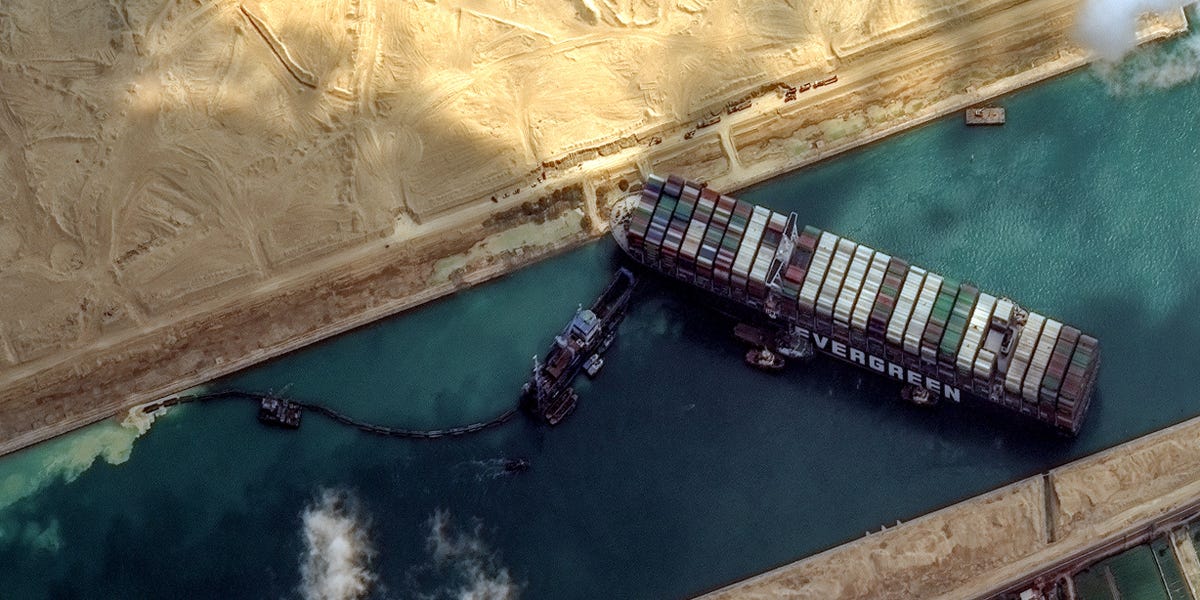 At least ten tankers and container ships, including two that are carrying natural gas for Cheniere and Shell/BG Group, are averting their routes to avoid the congestion in the Suez Canal, CNBC reports.

The outlet quoted MarineTraffic spokesman Georgios Hatzimanolis as saying: “We expect that number to go up as this closure progresses. From Asia to Europe we are seeing ships divert in the Indian Ocean, just below the southern tip of Sri Lanka.”

MarineTraffic released data showing the diversions. According to the service, there are 97 shipping vessels stuck in the upper end of the canal, 23 vessels waiting in the centre, and 108 vessels in the lower end, as reported by CNBC.

According to the CNBC report, the tanker changed course, along with several others, in the middle of the North Atlantic Ocean, before diverting to go around the Cape of Good Hope.

The most recent update on the Suez Canal crisis came from a statement by Evergreen, the corporation that owns the stricken Ever Given vessel. It said more than 20,000 tons of sand and mud have been removed in a dredging operation.

The rudder and propeller are fully functional and expected to provide additional support to tugboats, according to the statement.

Egyptian president Abdul Fattah al-Sisi has made plans to ease the pressure on the stranded ship, according to the BBC. That would involve moving some containers to another vessel or land near the canal.

The rescue team is carrying on with the dredging efforts and will resume endeavours to refloat the shipping vessel at 14:00 local time on Sunday.