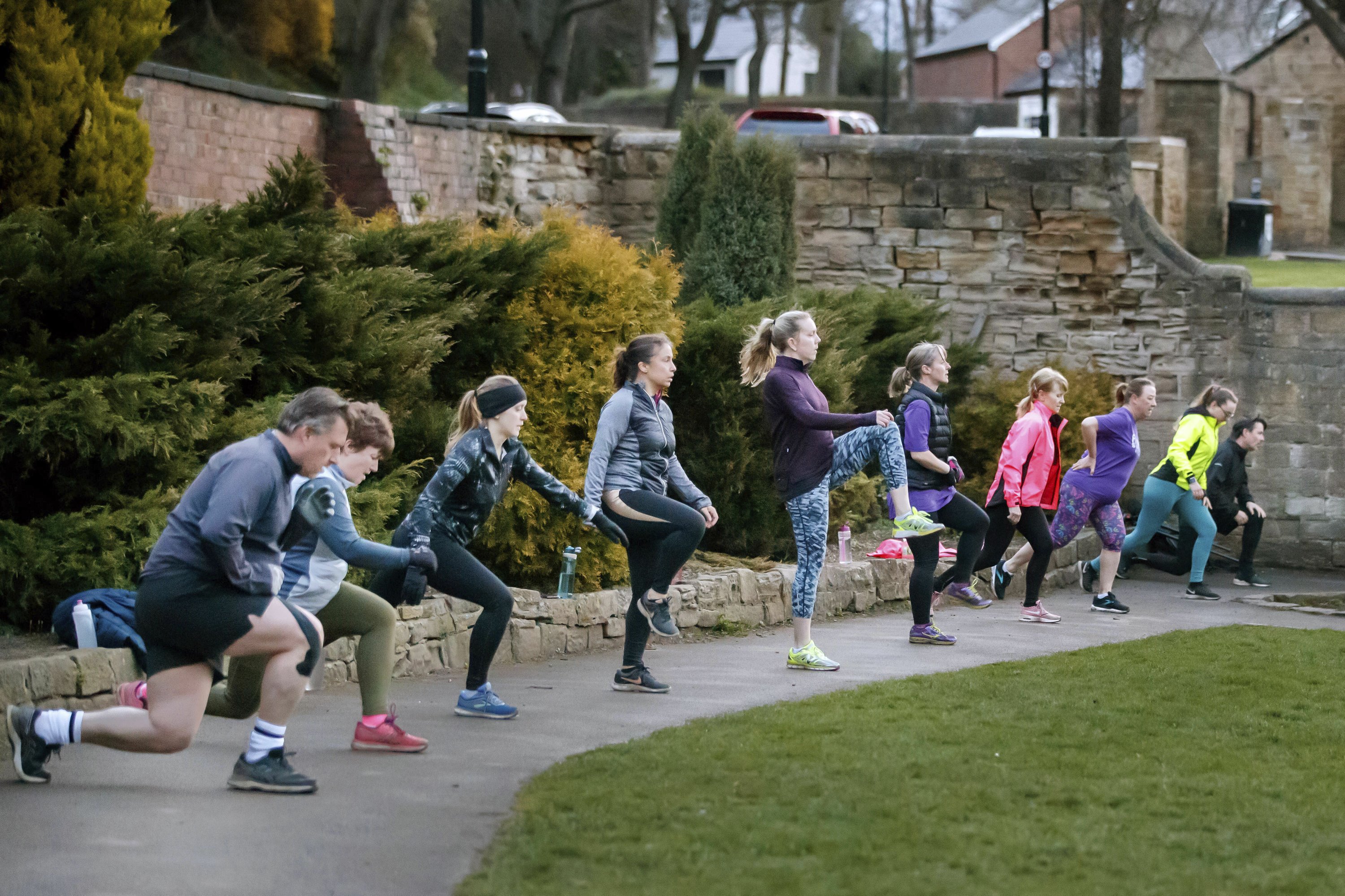 LONDON (AP) — It’s being dubbed Happy Monday, with open-air swimmers donning their wetsuits for the first time in months and rusty golfers doing their best to get their drives down the middle of the fairway.

England has embarked on a major easing of its latest coronavirus lockdown that came into force at the start of the year, with families and friends able to meet up in outdoor spaces and many sports permitted once again.

And, as if right on cue, the weather is turning, with temperatures rising to levels more akin to southern Spain at this time of year.

Under Monday’s easing, groups of up to six, or two households, can socialize in parks and gardens once more, while outdoor sports facilities can reopen after the stark stay-at-home order, which has seen new coronavirus cases fall dramatically over the past three months, officially ended.

After months of being cooped up at home, many people are relishing the prospect of being able to to enjoy their outdoor sport of choice, from tennis to open-air swimming. Organized team sports, such as children’s football clubs, can start up again too.

One of the first — if not the first — to re-open its doors on Monday was the Morley Hayes Golf Club, near Derby in central England, with players teeing off at 12:01 a.m. for a seven-hole floodlit charity tournament.

The other parts of the U.K. — Scotland, Wales and Northern Ireland — are taking broadly similar steps. In Wales, thousands of people poured onto beaches and mountain spots on Saturday, after the authorities lifted travel restrictions that have been in place since December.

Many aspects of England’s lockdown remain in place with the British government stressing that it’s taking a cautious approach to lifting the restrictions, not least because of rising cases in continental Europe.

Police welcomed the easing but stressed that officers will remain highly visible, including in open spaces, and will not hesitate to prosecute anyone going beyond what is allowed and threatening a resurgence of the virus

“We will continue to respond quickly to house parties or dangerous raves, taking enforcement action by handing out fines,” said Deputy Assistant Commissioner Jane Connors, who leads the coronavirus response for London’s Metropolitan Police. “We make no apology for our tough stance on shutting down those large gatherings which risk public safety.”

Most nonessential businesses remain closed, along with pubs, restaurants, gyms, cinemas, theaters, museums and sports stadiums. And the government continues to urge people to work at home where they can, while traveling abroad is banned except for a few special reasons.

The U.K. has recorded more than 126,000 COVID-19 deaths, the highest toll in Europe. Deaths have decreased sharply over the past few weeks as the number of people contracting the virus has fallen dramatically during the lockdown and the rapid rollout of coronavirus vaccines. On Sunday, the U.K. recorded 3,862 new cases, the lowest daily figure in six months.

Prime Minister Boris Johnson urged the public to remain cautious and not to mix indoors. A “fresh air” public information campaign is launching warning against the dangers of gathering indoors.

“Despite today’s easements, everyone must continue to stick to the rules, remember ‘hands, face, space,’ and come forward for a vaccine when called,” he said.

Johnson said he hopes the easing will “kick-start a Great British summer of sport” as sports stars teamed up with the government to encourage a return to physical activity.

Restrictions have been eased as official figures showed more than 30 million people in the U.K. have received a first vaccine dose, accounting for about 57% of all adults.

The U.K. is aiming to give everyone over the age of 18 a first jab by July, with second shots delivered within 12 weeks of the first.

Health officials say the program will slow down in April because of a squeeze on supplies, in part because of a delayed order from India. The European Union, which has clearly lagged behind the U.K. during the vaccination drive, has also threatened to block shipments of vaccines from factories in the bloc unless drugmakers — notably Anglo-Swedish firm AstraZeneca — send more shots to EU nations.