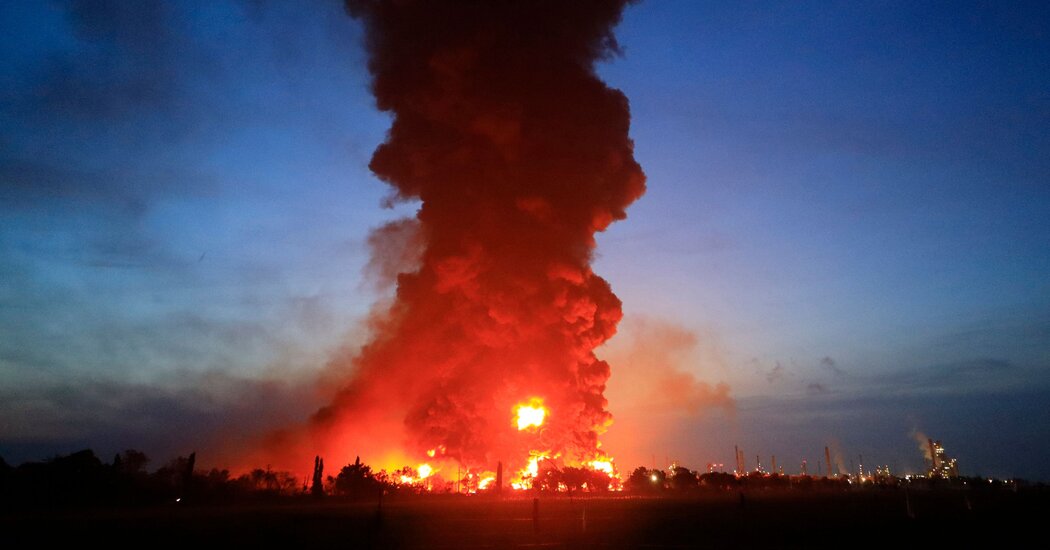 JAKARTA, Indonesia — An oil refinery on Java island in Indonesia caught fire early Monday, sending flames and smoke towering into the sky, injuring at least five people and prompting an evacuation of nearly 1,000 nearby residents.

The blaze at the Balongan refinery in West Java Province, which started shortly after midnight, was visible for miles and burned through the night.

In videos of the fire shared on social media, the sound of an explosion can be heard at the facility, which is about 110 miles east of Jakarta, the Indonesian capital.

Pertamina, the state-owned company that operates the refinery, said that hundreds of people had been evacuated from the area and suggested that the fire may have been started by a lightning strike.

“The cause of the fire is not known with certainty, but at the time of the incident, it was raining heavily accompanied by lightning,” the company said in a statement.

Ifki Sukarya, a Pertamina spokesman, said three giant storage tanks had caught fire and, nearly 10 hours later, crews were still trying to extinguish the blaze and keep it from spreading to a fourth tank.

All five people who were injured lived near the refinery, he said. Residents reported a strong smell of fuel, which caused some people to become ill.

Two years ago, the company was responsible for another disaster when crude oil leaked from an offshore well and contaminated a 12-mile stretch of West Java shoreline between the refinery and Jakarta. Environmentalists criticized the company for acting too slowly to contain the spill.

The company said the fire would not jeopardize its fuel supply. The refinery mainly supplies the Jakarta area. The company has enough gasoline on hand to supply the country for four weeks.