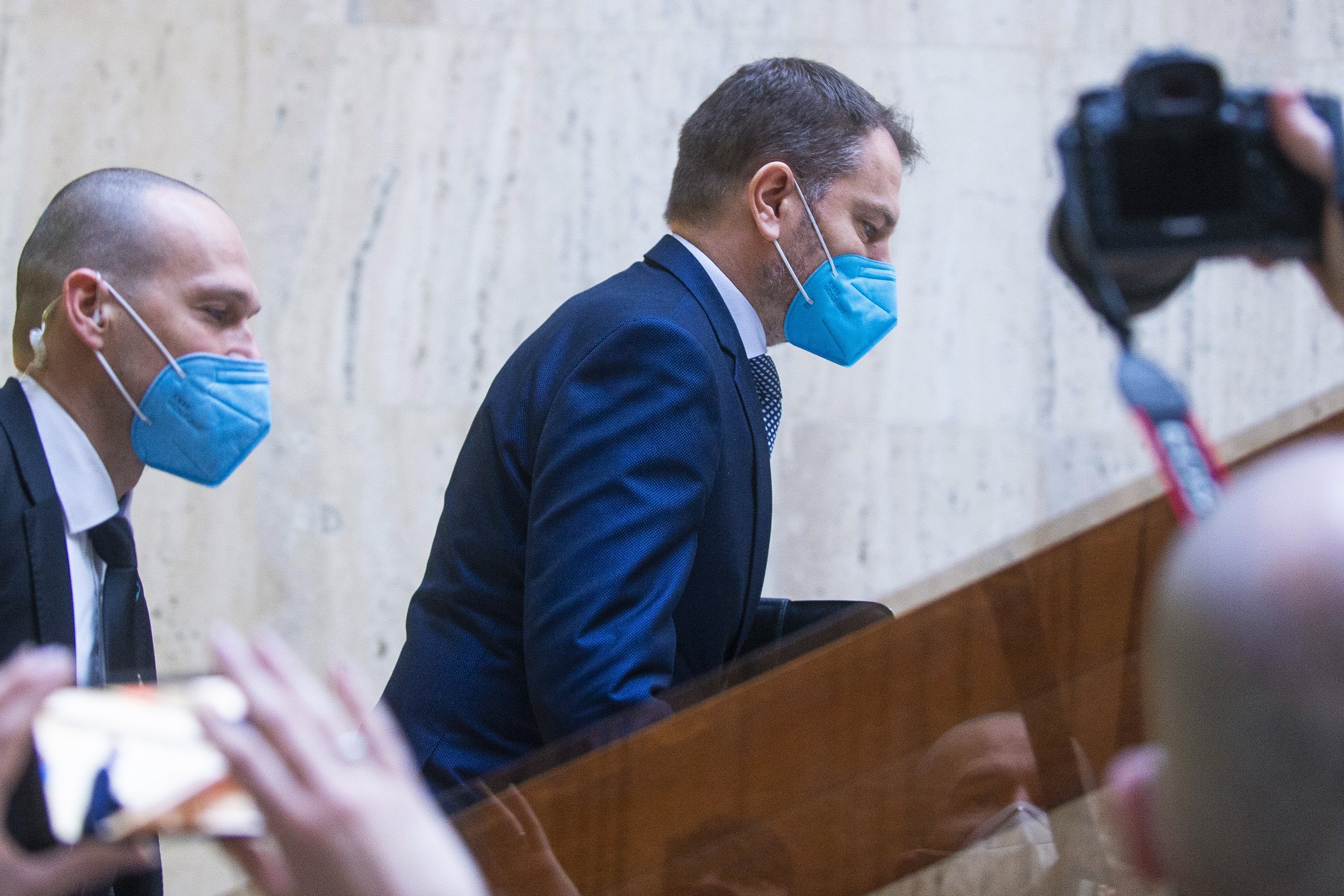 PRAGUE (AP) — Slovakia’s prime minister said Sunday he will step down to clear the way for a Cabinet reshuffle that will defuse a political crisis triggered by a secret deal to buy Russia’s Sputnik V coronavirus vaccine.

Heger said he would immediately open talks with coalition partners on a possible new government and was planning to meet President Zuzana Caputova on Monday for consultations.

The political crisis erupted when a secret deal came to light three weeks ago involving Slovakia’s agreement to acquire 2 million doses of Russia’s Sputnik V vaccine. Slovakia is part of the 27-nation European Union, which has not authorized the Russian vaccine yet.

Two parties in Matovic’s coalition government, Freedom and Solidarity and For People, which have clashed repeatedly with his Ordinary People party over how to tackle the pandemic, demanded his resignation as a condition for the coalition to survive.

Matovic has defended the Sputnik V purchase, saying it would speed up the vaccination program in one of the EU’s hardest-hit countries. Slovakia has seen about 9,500 virus deaths in the pandemic.

Matovic agreed to resign if his major rival, Freedom and Solidarity leader Richard Sulik, and Justice Minister Maria Kolíkova from the For People party also resigned, which they did. Amid the crisis, six ministers from all four parties in the coalition have resigned.

But Freedom and Solidarity rejected some of Matovic’s other conditions, including a request for Sulik’s party to give up one of its three ministries. Matovic said Sunday he dropped any other conditions “in order for the coalition to continue.”

Two coalition parties — the For People conservatives and the right wing populists We Are Family — immediately said they accepted the prime minister’s plan as a way out of the crisis. The pro-business Freedom and Solidarity party, which withdrew from the coalition until Matovic resigned, said it was ready to return to the government.