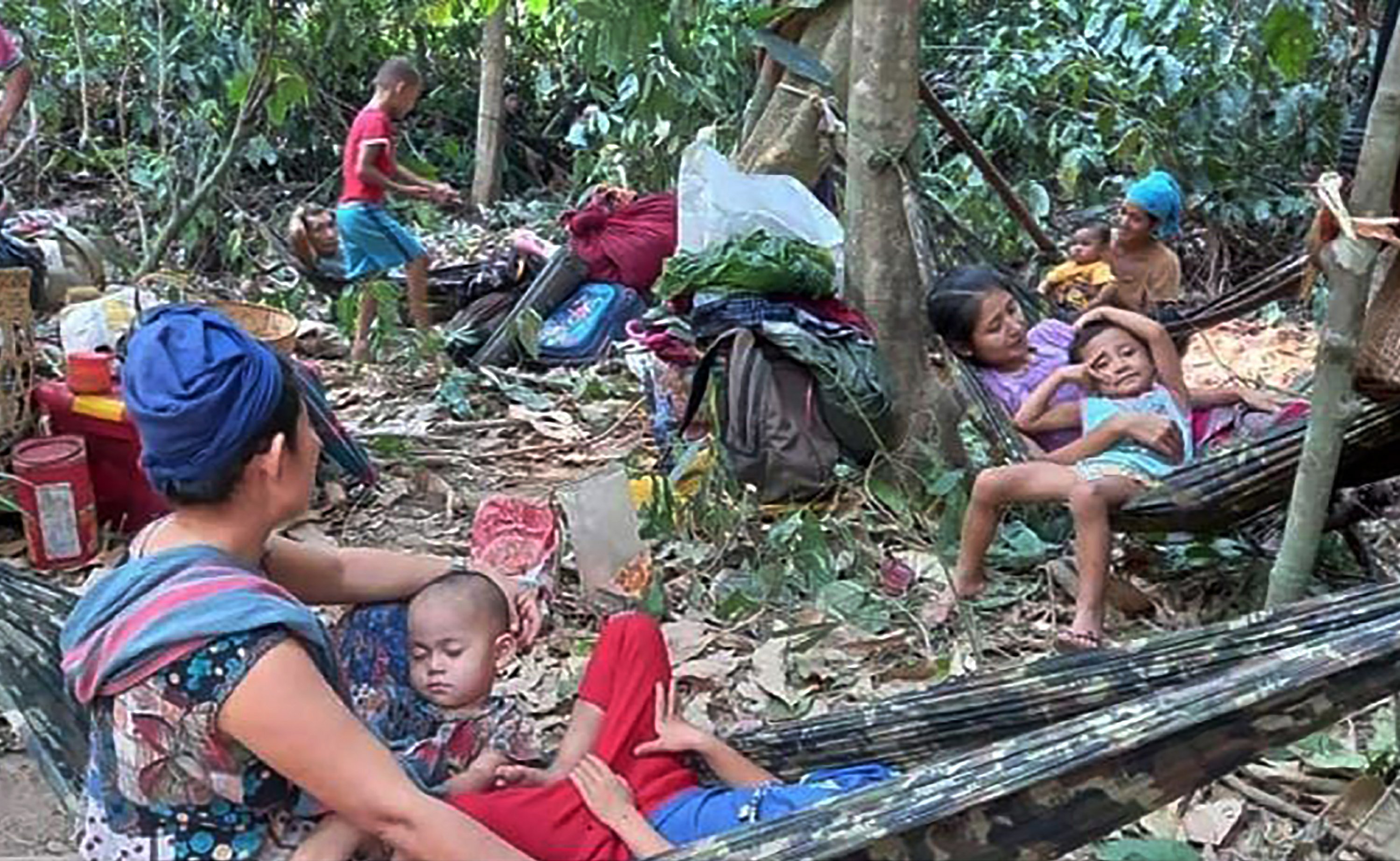 YANGON, Myanmar (AP) — A series of airstrikes by Myanmar’s military along the country’s border raised concerns Monday that more villagers might flee to neighboring Thailand in large numbers, adding a new dimension to an already volatile crisis.

The strikes in areas populated predominantly by ethnic Karen people represent another escalation in the increasingly violent crackdown by Myanmar’s junta on protests of its Feb. 1 coup. On Saturday, more than 100 people were killed in and around demonstrations throughout the country — the bloodiest single day since the takeover.

Myanmar aircraft carried out three strikes overnight Sunday, according Dave Eubank, a member of the Free Burma Rangers, a humanitarian relief agency that delivers medical and other assistance to villagers. The strikes severely injured one child but caused no apparent fatalities, he said. Strikes over the weekend sent about 2,500 people into northern Thailand’s Mae Hong Son province, according to the agency.

Thai Prime Minister Prayut Chan-ocha on Monday acknowledged the problems along his country’s western border and said his government is preparing for a possible influx of people.

“We don’t want to have mass migration into our territory, but we will consider human rights, too,” Prayut said.

Asked about people who have already fled into Thailand, Prayut said, “We have prepared some places, but we don’t want to talk about the preparation of refugee centers at the moment. We won’t go that far.”

Video shot Sunday showed a group of villagers, including many young children, resting in a forest clearing inside Myanmar after fleeing their homes. They carried their possessions in bundles and baskets. In addition to those who have fled to Thailand, an estimated 10,000 people are believed to be displaced inside Myanmar’s northern Karen state, according to the Free Burma Rangers.

The bombings may have been in retaliation for a reported attack by the Karen National Liberation Army in which they claimed to have captured a Myanmar government military outpost on Saturday morning. The group is fighting for greater autonomy for the Karen people.

According to Thoolei News, an online site that carries official information from the Karen National Union, eight government soldiers were captured and 10 were killed. The report said one Karen guerrilla died.

Before the overnight bombings, Myanmar military aircraft had attacked a Karen guerrilla position in Karen state’s Mutraw district on Sunday, according to humanitarian workers. Two guerrillas were killed and many more were wounded in those attacks.

The government has battled the Karen fighters on and off for years — as it has with other ethnic minorities seeking more autonomy — but the airstrikes are a worrying development at a time when the junta is also violently suppressing anti-coup protests in cities across the country.

The coup, which ousted the government led by Aung San Suu Kyi, reversed years of progress toward democracy after five decades of military rule. As of Sunday, at least 459 people have been killed since the takeover, according to the Assistance Association for Political Prisoners. The true toll is thought to be higher.

On Saturday alone, at least 114 people across the country were killed by security forces, including several children — a toll that prompted a U.N. human rights expert to accuse the junta of committing “mass murder” and criticize the international community for not doing enough to stop it.

U.S. President Joe Biden told reporters his administration is working on a response but offered no details. The United States has already levied new sanctions on the junta, as have other countries — but they have had little effect so far.

“It’s terrible. It’s absolutely outrageous. Based on the reporting I’ve gotten, an awful lot of people have been killed. Totally unnecessary,” Biden said.

The U.N. Security Council is likely to hold closed consultations on the escalating situation in Myanmar, diplomats said Sunday, speaking on condition of anonymity because they were not allowed to release the information ahead of an official announcement. The council has condemned the violence and called for a restoration of democracy, but has not yet considered possible sanctions against the military, which would require support or an abstention by Myanmar’s neighbor and friend China.

Despite the violence by security forces, protests have continued, and many used funerals of those killed on Saturday to show their resistance to the coup.

In Yangon, the country’s largest city, friends and family gathered Monday to say farewell to 49-year-old Mya Khaing, who was fatally shot on Saturday. As his coffin was moved toward the crematorium, mourners sang a defiant song from an earlier 1988 uprising against military rule.

“There is no pardon for you till the end of the world,” the mourners sang. “We will never forgive what you have done.”