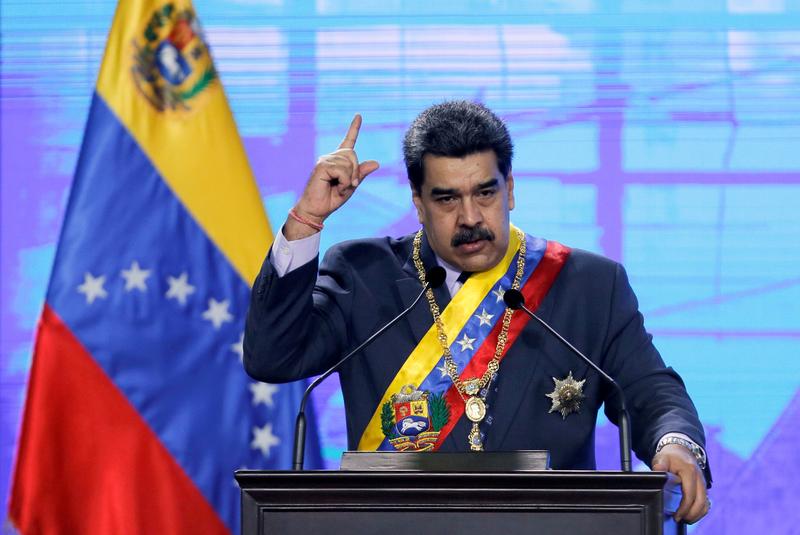 CARACAS (Reuters) – Venezuela’s government on Sunday accused Facebook Inc of “digital totalitarianism” after it froze President Nicolas Maduro’s page for 30 days for violating its policies against spreading misinformation about COVID-19.

Facebook told Reuters this weekend it had also taken down a video in which Maduro promoted Carvativir, a Venezuelan-made remedy he claims, without evidence, can cure the disease. Facebook said it followed guidance from the World Health Organization (WHO) that there is currently no medication that can cure the virus.

In a statement on Sunday, Venezuela’s information ministry said Facebook was going after “content geared toward combating the pandemic” and described Carvativir as a retroviral of “national production and engineering.”

“We are witnessing a digital totalitarianism exercised by supranational companies who want to impose their law on the countries of the world,” the ministry said.

Venezuelan doctors have warned that Carvativir’s effect on coronavirus has not been established. The treatment is derived from thyme, an herb that has been used for centuries in traditional medicine.

Maduro, who has overseen an economic collapse since taking office in 2013 and is labeled a dictator by Washington and many other Western nations, said in a tweet on Sunday that he would broadcast his daily coronavirus briefing on the Facebook account of his wife, first lady Cilia Flores.

The South American country has reported 155,663 cases of the novel coronavirus and 1,555 deaths. Those figures are below the levels of many regional peers, but the country’s political opposition says the true number of cases is likely far higher due to a lack of testing. (Graphic: tmsnrt.rs/34pvUyi)