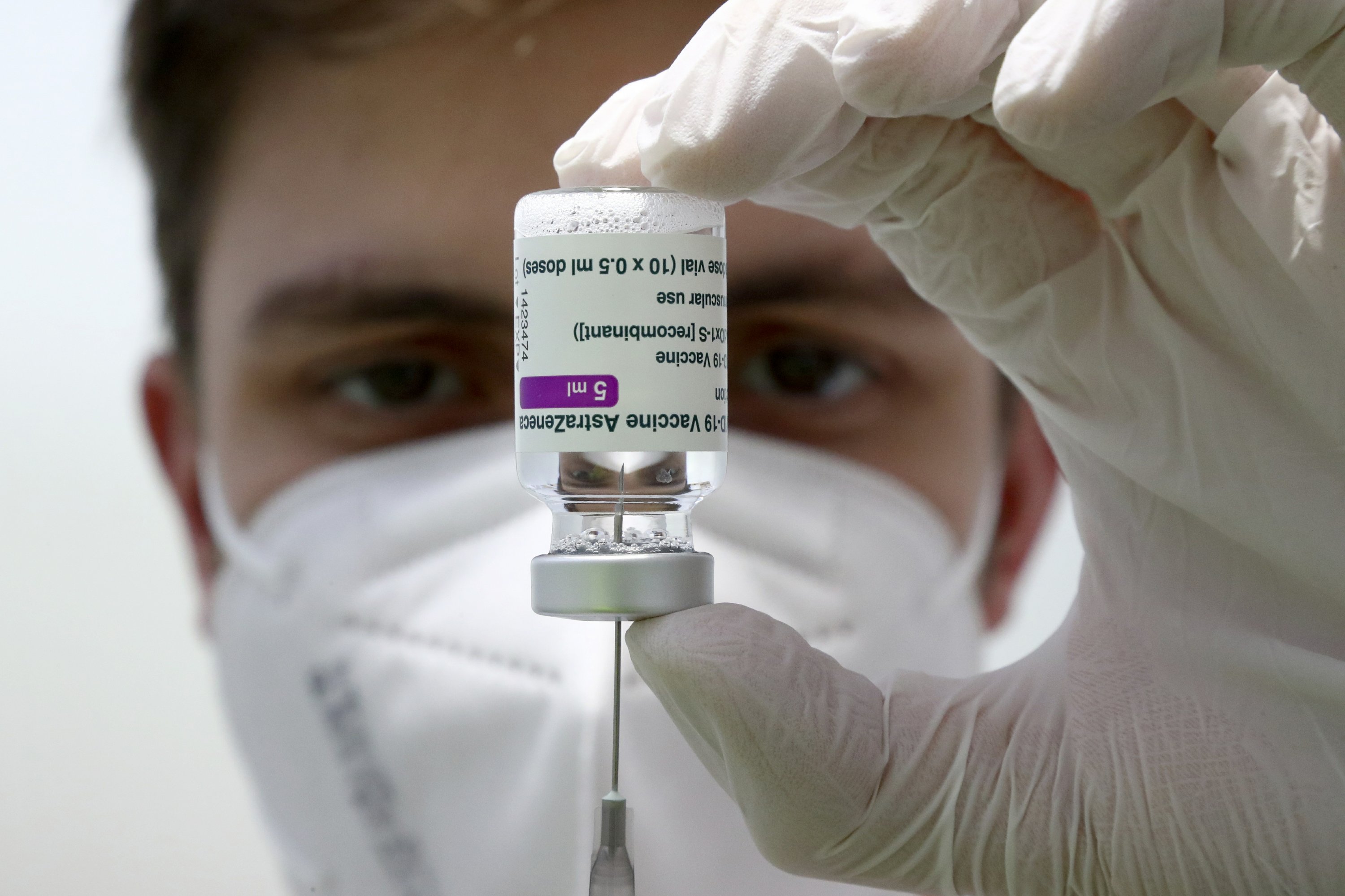 BERLIN (AP) — German health officials agreed Tuesday to restrict the use of AstraZeneca’s coronavirus vaccine in people under 60, amid fresh concern over unusual blood clots reported in a tiny number of those who received the shots.

Health Minister Jens Spahn and state officials agreed unanimously to only give the vaccine to people aged 60 or older, unless they belong to a high-risk category for serious illness from COVID-19 and have agreed with their doctor to take the vaccine despite the small risk of a serious side-effect.

The move follows the recommendations of Germany’s independent vaccine expert panel and comes after the country’s medical regulator released new data showing a rise in reported cases of an unusual form of blood clot in the head — known as sinus vein thrombosis — in recent recipients of the AstraZeneca vaccine.

The news is a further blow to the vaccine, which is critical to Europe’s immunization campaign and a linchpin in the global strategy to get shots to poorer countries. It comes less than two weeks after the EU drug regulator said the vaccine does not increase the overall incidence of blood clots following a similar scare.

The European Medicines Agency said at the time that the benefits of vaccination outweigh the risks, but it could not rule out a link between the shot and some unusual kinds of clots, and recommended adding a warning about possible rare side-effects.

Several German regions — including the capital Berlin and the country’s most populous state, North Rhine-Westphalia — had already suspended use of the shots in younger people earlier Tuesday. That decision came after the country’s medical regulator said its tally of the rare blood clots reported by March 29 had increased to 31, out of some 2.7 million doses of AstraZeneca administered in Germany so far.

Nine of the people died and all but two of the cases involved women, who were aged 20 to 63, the Paul Ehrlich Institute said.

In a statement ahead of the announcement, AstraZeneca said tens of millions of people worldwide have received its vaccines, and noted that the EU regulator and the World Health Organization concluded that the benefits of the shot outweigh the risks.

The company said it would continue to work with German authorities to address any questions they might have, while also analyzing its own records to understand whether the rare blood clots reported occur more commonly “than would be expected naturally in a population of millions of people.”

The suspensions come as Germany, along with other European countries, is scrambling to ramp up its vaccine program, which lags far behind those in Britain and the United States. By Monday, some 13.2 million people in the country had received at least one dose of vaccine, while nearly 4 million had received both shots.

Use of the AstraZeneca vaccine was temporarily halted in several European countries earlier this month over concerns about the rare blood clots. After a review by medical experts at the European Medicines Agency, most European Union countries, including Germany, resumed use of the vaccine on March 19.

On Monday, Canada suspended use of the AstraZeneca vaccine in people under 55, citing new concerning data from Europe.

“There is substantial uncertainty about the benefit of providing AstraZeneca COVID-19 vaccines to adults under 55 given the potential risks,” said Dr. Shelley Deeks, vice chair of Canada’s National Advisory Committee on Immunization.

Deeks said the updated recommendations come amid new data from Europe that suggests the risk of blood clots is now potentially as high as one in 100,000, much higher than the one-in-a-million risk believed before.

Germany’s decision is likely to affect appointments made by tens of thousands of teachers and people with pre-existing conditions who received invitations to get vaccinated in Berlin in recent days. Appointments for the AstraZeneca shot were available sooner than ones for the vaccines made by Pfizer-BioNTech and Moderna.

Scientists at the University of Greifswald, Germany, this week published the results of their investigation into the possible causes of the blood clots, saying the condition is similar to a side-effect seen in some patients who receive the blood thinning medication heparin.

The study, which hasn’t been peer-reviewed yet, doesn’t provide a conclusive explanation for why some people vaccinated with the AstraZeneca shot develop the rare blood clots. Still, experts not involved in the study said it offers important information to doctors.

Alice Assinger, a specialist in vascular diseases and blood clot research at the Medical University of Vienna, said there is a treatment for the rare clots.

A further concern is that the latest hitch may further dent the shot’s reputation in the public eye.

The leader of the Norwegian Association for General Practice, Marte Kvittum Tangen, told Norway broadcaster NRK last week that while “there is no report of a general vaccine resistance … people clearly say that they do not want the AstraZeneca vaccine. There is a lot of uncertainty and skepticism.”

Initially, several European countries hesitated to give the AstraZeneca shot to older people, citing a lack of data from the company about the vaccine’s effectiveness in those aged 65 and over. Subsequent studies showing it works in older people prompted most countries to approve it for those age groups.

Sorgente articolo:
Germany to restrict AstraZeneca use in under-60s over clots – Associated Press