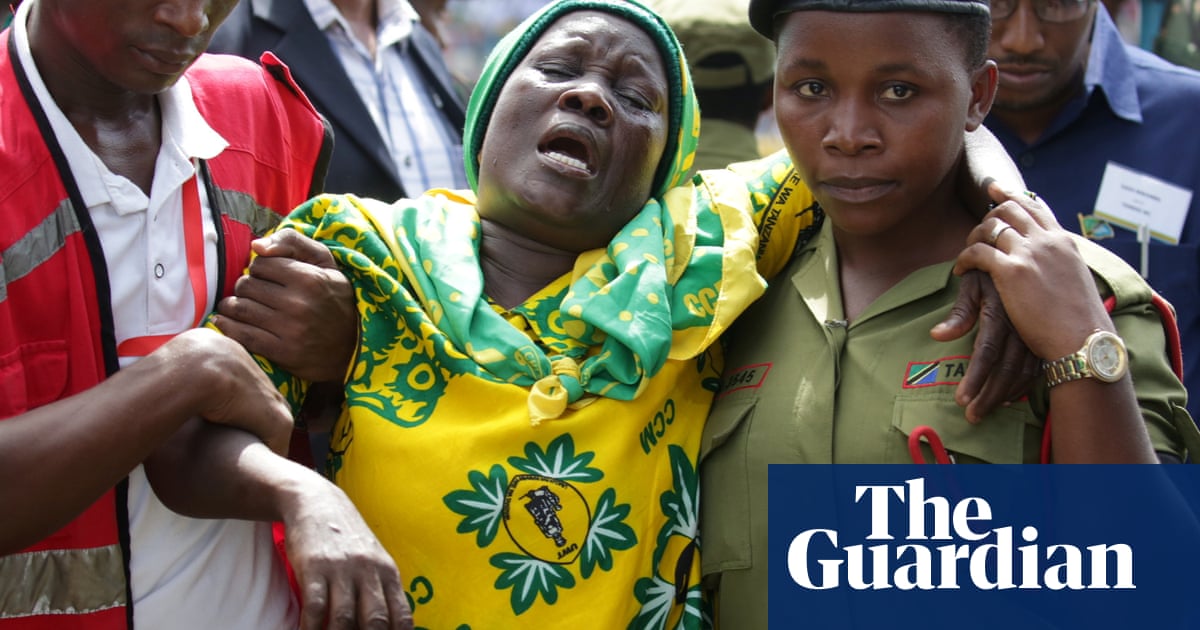 A crush at a Tanzanian stadium has killed 45 people as mourners paid their last respects to the late President John Magufuli, police have said – many times more than the five fatalities initially announced after the disaster on 21 March.

Police in the port city of Dar es Salaam, where the tragedy occurred, attributed some of the deaths to people being starved of oxygen at the event due to overcrowding.

“It is true that 45 people died because of stampedes and failing to get enough air,” Lazaro Mambosasa, Dar es Salaam’s zonal police commander, told Reuters on Tuesday.

Another 37 mourners were injured, he said, adding that they had all been treated in hospital and discharged.

Tanzanian media reported that the crush happened when large numbers of mourners sought to force their way into the stadium through unofficial entrance points.

Police initially said five people had died, identifying them as members of the same family including a mother and her two children.

Police had originally planned to provide further information about the incident on 23 March, but the briefing was cancelled without explanation.

Magufuli, one of Africa’s most prominent Covid-19 deniers, was buried last Friday after succumbing to what the government said was heart disease. Before the burial, his casket was taken to several major urban areas to give mourners a chance to pay their respects to him.

Magufuli was succeeded by Samia Suluhu Hassan who had served as his vice-president and became the country’s first female president. On Tuesday, the new president nominated the finance minister Philip Mpango as her vice-president.