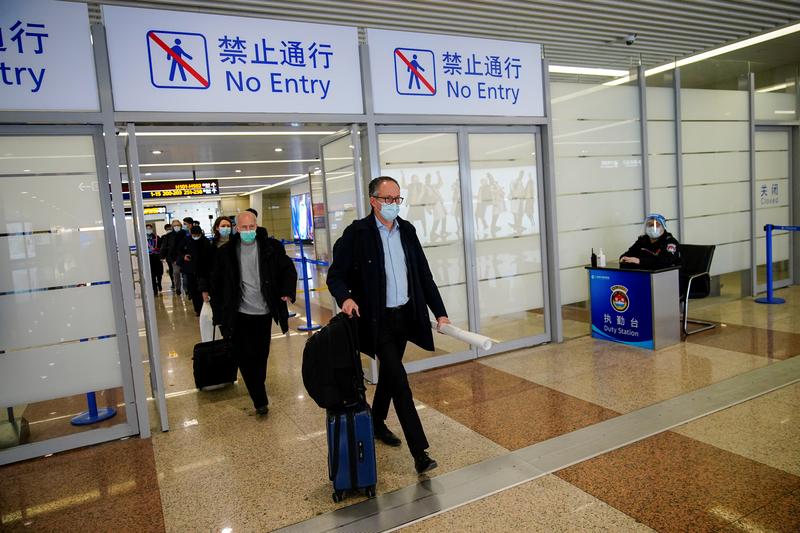 WASHINGTON (Reuters) – The United States and 13 other countries expressed concerns on Tuesday that the World Health Organization (WHO) report on the origins of the novel coronavirus that causes COVID-19 was delayed and lacked access to complete data, according to a joint statement.

It followed WHO Director-General Tedros Adhanom Ghebreyesus’s assertion that data was withheld from its investigators who traveled to China to research the origins of the pandemic.

“It is equally essential that we voice our shared concerns that the international expert study on the source of the SARS-CoV-2 virus was significantly delayed and lacked access to complete, original data and samples,” said the joint statement released on the website of the U.S. State Department (bit.ly/2QSQfrC).

The statement was signed by the governments of Australia, Canada, Czech Republic, Denmark, Estonia, Israel, Japan, Latvia, Lithuania, Norway, the Republic of Korea, Slovenia, the United Kingdom, and the United States.

China refused to provide raw data on early COVID-19 cases to the WHO-led team, one of the team’s investigators has already said, potentially complicating efforts to understand how the global pandemic began.

The countries’ joint statement supported further studies of animals to find how the virus was introduced to humans, and called for a renewed commitment from WHO and member countries to access, transparency and timeliness.

“It is critical for independent experts to have full access to all pertinent human, animal, and environmental data, research, and personnel involved in the early stages of the outbreak relevant to determining how this pandemic emerged,” the statement said.

Establishing such guidelines for investigations will help countries detect, prepare and respond to future outbreaks, it said.