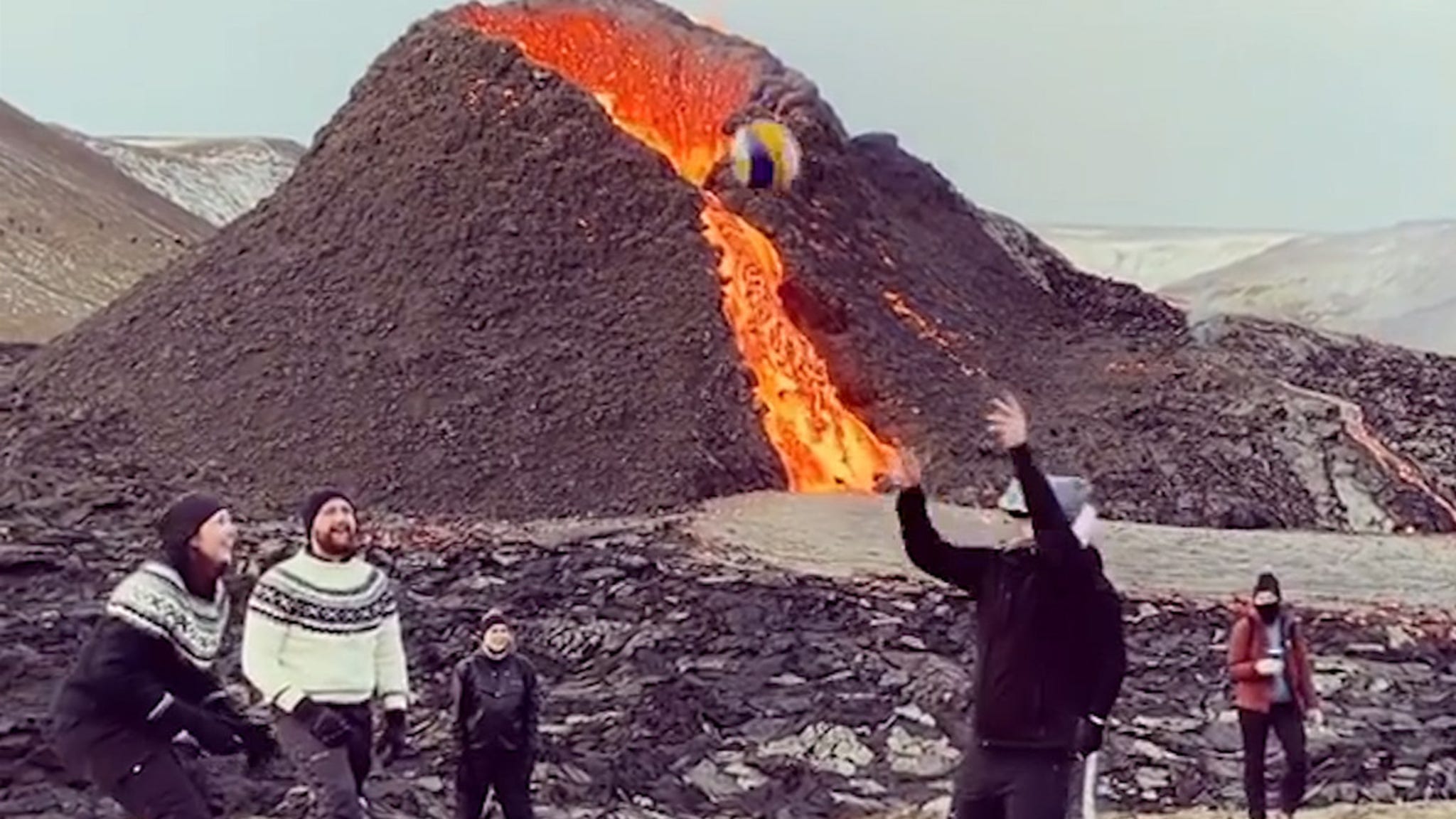 Hottest game of volleyball EVER?!

A group of diehard volleyball players in Iceland joined together for a quick game this week … all while a massive volcano was erupting nearby!!

It all went down near Reykjavík, where the Geldingadalur volcano — which had been dormant for 6,000 years!!! — erupted this week.

It’s also reportedly the first volcanic eruption in the area in nearly 800 years!!

Waiting for your permission to load the Instagram Media.

To celebrate the moment, the group of 6 players decided to take their skills to the next level … setting up shop while the volcano was spitting out lava all over the place in the distance.

The video is as incredible as you’d think … with the group of players passing the ball around, completely unfazed by the eruption!!

The lava is one thing, but the group had something else to worry about — pro volleyball player Thelma Gretarsdottir claims it was -12 DEGREES when they went out for their game of volcano ball!!

Rut Einarsdóttir — who also captured the moment — took a safer approach … downing some java with a friend while watching the whole thing unfold.

We were happy “just” having our morning coffee there pic.twitter.com/Isv9VQOU3U

Not as dangerous, but still wild!!

As for the volcano, it’s still doing its thing … and there’s a live stream documenting the historic eruption.

Now THAT is being at one with nature … now stay safe, people!!