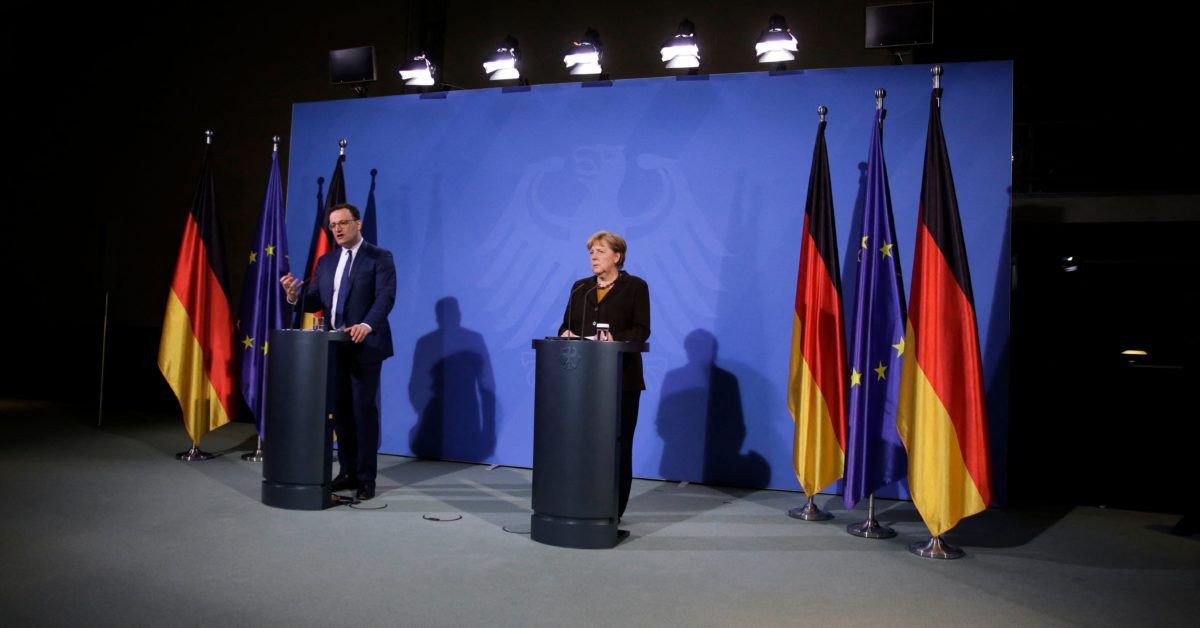 The use of the Oxford/AstraZeneca vaccine will be suspended in Germany from Wednesday for those under the age of 60, Chancellor Angela Merkel and Health Minister Jens Spahn said late Tuesday.

The decision marks a U-turn from Germany’s policy to only give the Oxford/AstraZeneca jab to younger people.

“We have to be able to trust the vaccines,” Merkel said, arguing that citizens’ trust would stem from the knowledge that every case would be investigated.

Earlier Tuesday, several regions in Germany suspended the use of the vaccine in people under 60. Data from the Paul-Ehrlich-Institute showed that there have been 31 suspected cases of blood clots in the brain after vaccination with the jab, with all but two being in women aged 20 to 63.

Abnormally low platelets, which help blood clot, were reported in 19 cases, and nine people died. Those were “findings that we cannot ignore,” Merkel said.

While Merkel acknowledged that repeated changes to recommendations regarding the Oxford/AstraZeneca jab were bound to lead to “uncertainty,” Spahn called Tuesday’s development “a setback.”

Berlin, Brandenburg and Munich took the precautionary measure to suspend the use of the jab for under 60s on Tuesday afternoon. The announcements came following Berlin’s state-owned Charité hospital, as well as clinics in the Vivantes group, saying that they were halting the use of the vaccine in women under 55.

The district of Euskirchen, which is near Bonn, first suspended the vaccine in women under 55 on Monday, after the death of a 47-year-old woman and a 28-year-old becoming ill.

The change in policy comes after Germany resumed vaccinations with the jab following concerns about a possible linkage to blood clotting incidents. Just under two weeks ago, the European Medicines Agency said that the vaccine is safe and that its benefits far outweigh the risks. Germany previously had not given the vaccine to people 65 and over, citing insufficient evidence on the vaccine’s efficacy in that age group at the time.

On March 29, Canada’s vaccination committee recommended suspending the jab for people under 55, citing reports coming out of Europe of blood clotting incidents.

The suspensions also come in the wake of a March 28 pre-print report from researchers in Germany, Canada and Austria, including a scientist at the Paul-Ehrlich-Institute, which linked the vaccine to the development of a blood clotting disorder.

However, some academics have said that the paper’s implication of a causal association isn’t backed up by evidence. Describing the causative conclusion as “insecure,” Adam Finn, professor of pediatrics at the University of Bristol, called for information on the incidence and mechanism of the blood clotting.

Sorgente articolo:
Merkel and Spahn: No more Oxford/AstraZeneca jabs for under 60s – POLITICO.eu