With President Reuven Rivlin set to receive the official election results on Wednesday, and as Prime Minister Benjamin Netanyahu and his political rivals worked to put together competing paths to a ruling coalition, Hebrew media was rife with reports about party leaders’ plans for forming a government.

The Islamist Ra’am party, which has emerged as a potential kingmaker after the March 23 elections left both sides without a majority, was leaning toward giving outside support to a Netanyahu-led government, the Kan public broadcaster reported Tuesday.

Citing a senior party source, the report said the party would not back a coalition headed by Netanyahu if Itamar Ben Gvir of the extremist Otzma Yehudit party is a minister. Netanyahu said before the elections that he wanted Ben Gvir, whose inclusion in the far-right Religious Zionism alliance he pushed for, to be part of his coalition but that he was “not fit” to be a minister.

“This will change if we get better offers,” the Ra’am source was quoted as saying.

The report said Ra’am will decide whether to recommend Netanyahu as prime minister after meeting with Knesset Speaker Yariv Levin, a top Likud party ally of the premier. 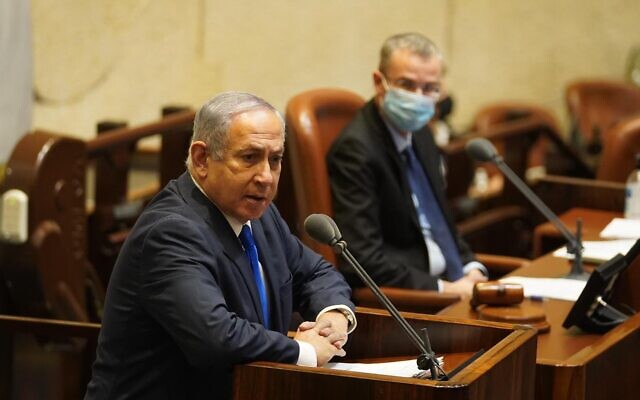 Ra’am was also reportedly conditioning its recommendation for prime minister on a candidate agreeing to back a budget for eradicating crime in Arab Israeli towns, scrapping the Kaminitz Law and amending the so-called Jewish nation-state law, expanding the powers of municipalities, granting building permits to Arab communities, and raising the percentage of Arab workers in the public sector. 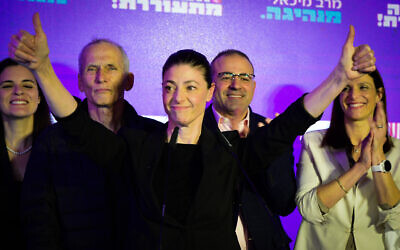 The meeting was characterized by the Walla news site as an effort by Michaeli to convince Abbas not to support or work with a government led by Netanyahu. According to Channel 13 news, members of the anti-Netanyahu camp fear Abbas will end up backing the Likud leader.

Abbas is expected to give a public statement in Hebrew on Thursday.

Channel 12 reported Netanyahu was working to convince his right-wing and religious allies to agree to a government propped up by Ra’am, despite vowing repeatedly on the campaign trail not to rely on the “anti-Zionist” party’s support.

While Netanyahu was still holding out hope that the potential defection of MKs from rival parties could provide him with a majority, the report said he was also planning a possible minority government that would be sworn in if Ra’am lawmakers abstain or are absent from the vote.

If such a government were to be assembled, Netanyahu would try again to bring in defectors, banking on them preferring to join his coalition rather than sit in the opposition, according to the report, which did not cite a source.

Even if Netanyahu fails to enlist defectors after assembling a coalition, the Likud leader would still achieve his goal of preventing Blue and White chief Benny Gantz from taking over as prime minister in November, as he is slated to do under their power-sharing agreement from last year.

Despite Netanyahu’s reported willingness to rely on Ra’am, it remains unclear if Religious Zionism will play ball, after party leader Bezalel Smotrich ruled out cooperation with Abbas last week. If Smotrich were to go along, Netanyahu may then ditch Ben Gvir if he remains opposed, Channel 12 said. 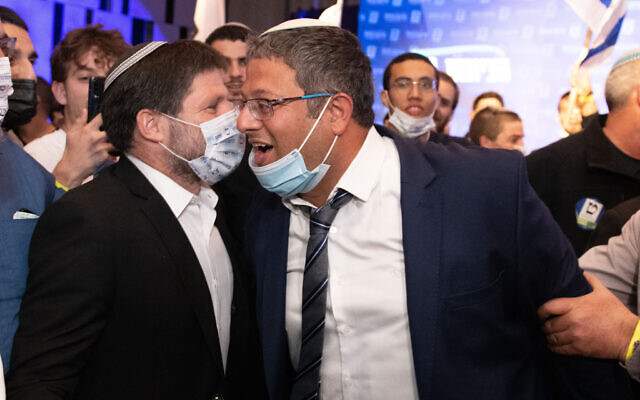 Meanwhile, Yamina chief Naftali Bennett, another potential kingmaker who has not committed to either bloc, was expected to meet by the end of the week with Netanyahu and Yesh Atid leader Yair Lapid, according to Channel 13.

The network said representatives for Lapid and Bennett have agreed in principle to a rotation of the prime minister role, but the two remain at odds over who will be premier first.

The report came as New Hope chief Gideon S’ar, whose right-wing party is among the “change bloc” of factions looking to unseat Netanyahu, appeared to call for Lapid to give Bennett the keys. 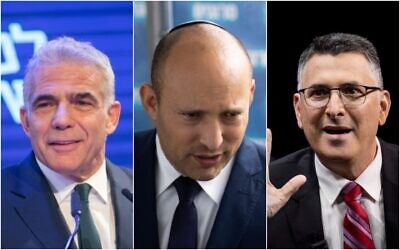 “On election night… I announced that we’ll work without ego to form a change government,” Sa’ar tweeted. “The window of opportunity is limited. Lapid, I put ego aside. Now it’s your turn.”

Lapid responded by saying “there is nothing I’m unwilling to consider” in the bid to replace Netanyahu as prime minister.

“The mission of the ‘change bloc’ for the coming week is to prevent the risk of the president tasking Netanyahu with forming the government. So this won’t happen, all parties in the ‘change bloc’ need to recommend Yesh Atid, the larges party in the bloc. The moment the process begins, everything is on the table,” Lapid wrote on Facebook.

He added: “We’re prepared for painful concessions, the important thing is to form a change government and to go to work to cure the country from two years of a social and political crisis.”

Earlier Tuesday, the Central Elections Committee verified the election results and said no significant evidence of voter fraud was found.