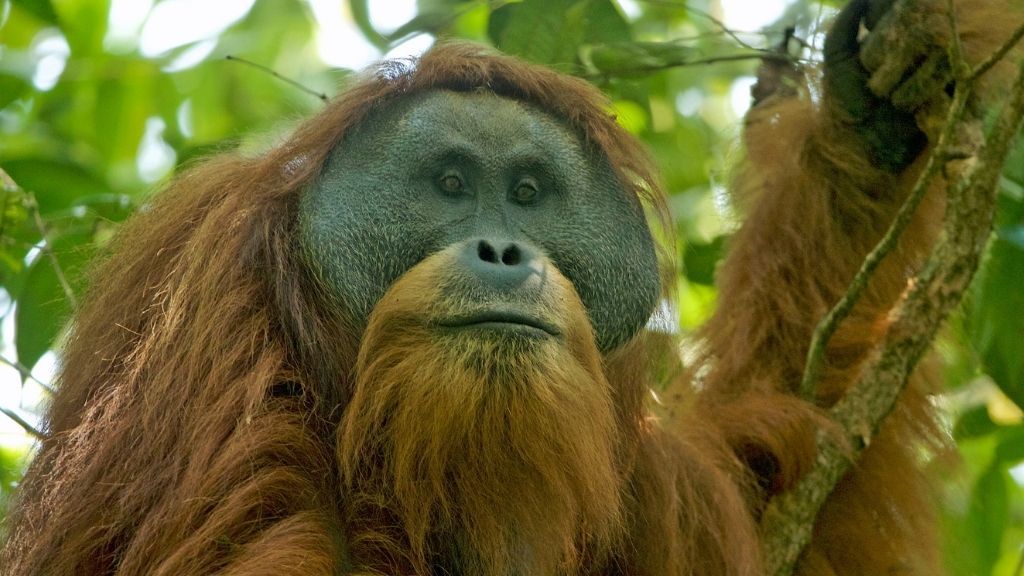 Tapanuli orangutans, the most gravely endangered great ape species on Earth, may be even closer to extinction than previously thought, The Hill reported.

The great apes can now be found in the mountains of Batang Toru in North Sumatra, Indonesia, where they occupy less than 3% of the habitat they did in the late 1800s, according to a study published Jan. 4 in the journal PLOS One. With fewer than 800 Tapanuli orangutans left in Batang Toru, the species faces the looming threat of extinction.

If more than 1% of the adult population is killed, captured or translocated each year, the Tapanuli orangutan will become the first great ape species to go extinct in modern times, study author Erik Meijaard, a conservation scientist and founder of conservation group Borneo Futures, told The Hill.

The study, based on historical records from the region, found that the apes were driven into their current home in the Batang Toru mountains by hunters who targeted the apes, as well as the fragmentation of their former habitat, The Hill reported. Ideally, the orangutans should be able to move between a variety of environments, including lowland areas, to maximize their chance of survival, but instead they remain stuck in highlands that they’re not optimally suited for, the authors said.

Even this limited habitat could soon be threatened by a new hydroelectric power plant, which would be located on the Batang Toru River in South Tapanuli Regency, North Sumatra. The 301-acre (122 hectares) plant would block several subpopulations of Tapanuli orangutans from intermingling, which could lead to inbreeding and limit the genetic diversity of the species.

The PT North Sumatera Hydro Energy (PT NHSE) company has paused construction of the plant due to the COVID-19 pandemic. The project also lost key funding from the Bank of China, so the construction may remain on hold for several years. Meijaard and his co-authors want the developer, government, IUCN and Sumatran Orangutan Conservation Programme (SOCP) to use this pause to launch an independent investigation to assess the threat to orangutans.

PT NHSE financed its own assessment previously and concluded that the plant would not threaten the apes’ habitat. The International Union for Conservation of Nature (IUCN) then released its own report, disputing the PT NHSE assessment.

Beyond the power plant, other factors threaten the Tapanuli orangutans’ survival. You can read more at The Hill.