But Lapid insisted parties in the bloc dedicated to ousting Prime Minister Benjamin Netanyahu must first recommend him as their candidate for prime minister, so that President Reuven Rivlin charges him with forming a government. Once that happened, Lapid said, there would be “nothing I’m unwilling to consider.”

By then, warned Sa’ar in response, “it might too late.”

Lapid, whose 17-seat centrist party is the largest in the “change bloc” seeking to replace Likud leader Netanyahu as premier, has met with several fellow faction leaders in recent days as part of coalition-building efforts. He has so far been endorsed by the Yisrael Beytenu (7 seats), Labor (7) and Meretz (6) parties to form the next government — for a total of 37 backers. The 6-strong Joint List may also recommend Lapid.

Netanyahu, whose Likud won 30, can also expect the endorsement of the Shas (9), United Torah Judaism (7) and Religious Zionism (6) parties — 52 seats in all.

Before the March 23 election, Bennett ruled out sitting in a government headed by Lapid, as did Sa’ar, whose New Hope has 6 seats.

Yamina only has 7 seats but has not committed to either bloc, positioning Bennett as a potential kingmaker. Also undecided is Mansour Abbas’s Islamic conservative party Ra’am, with 4 seats. Benny Gantz said Tuesday his Blue and White party (8 seats) would “automatically” back Lapid, provided that support would lift him to a 61-strong majority in the 120-member Knesset. 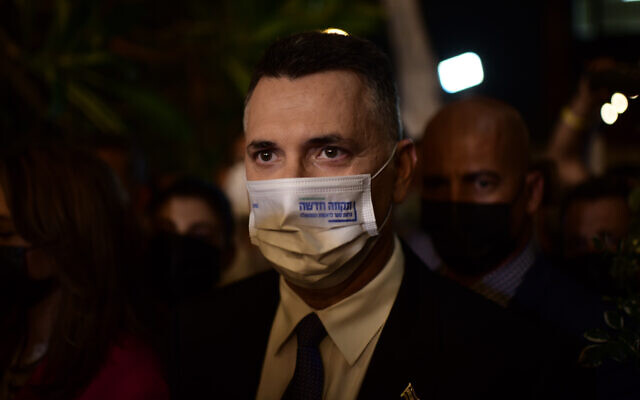 “On election night… I announced that we’ll work without ego to form a change government,” Sa’ar tweeted on Tuesday. “Today it is my duty to say: The game of gathering recommendations won’t lead to the formation of a government, only a purposeful and quick effort to establish a realistic parliamentary majority will.”

He added: “The window of opportunity is limited. Lapid, I put ego aside. Now it’s your turn.” 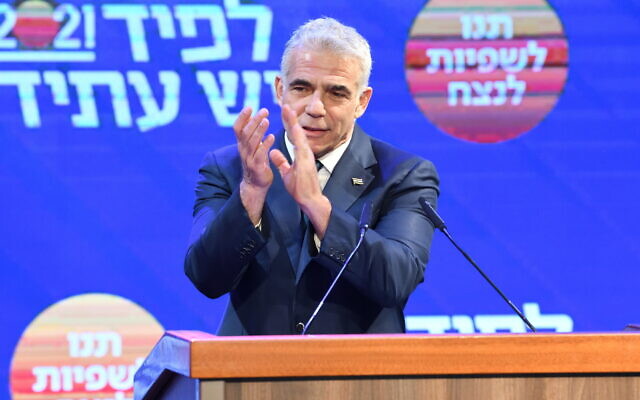 Yesh Atid chief Yair Lapid speaks at party headquarters in Tel Aviv on March 24, 2021, after the release of exit polls for the Knesset elections. (Gili Yaari/Flash90)

Sa’ar, a former minister, left Likud in December to form New Hope, with the aim of replacing Netanyahu. Shortly after its formation, New Hope polled as high as 21 seats, but the party steadily shed support to finish with just six in last week’s election.

Lapid quickly responded to Sa’ar, saying “there is nothing I’m unwilling to consider” to replace Netanyahu as prime minister.

“I said during the campaign and I say again now: The country is more important than my personal ambitions or anyone else’s,” he wrote on Facebook.

But the Yesh Atid leader said the change bloc’s focus over the coming week should be on ensuring Rivlin does not task Netanyahu with forming a government after next week’s consultations with faction representatives on who they back for prime minister.

“For this not happen, all the change bloc parties need to recommend Yesh Atid,” he said. “The moment the process begins, everything is on the table. We’re prepared for painful concessions, the important thing is to form a change government and to go to work to cure the country of two years of a social and political crisis.”

“The time to step aside is now. Afterwards, it might be too late,” Sa’ar warned.

The back-and-forth came as Channel 13 news asserted that representatives for Lapid and Bennett have agreed in principle to switch off as prime minister, but the two remain at odds over who will be premier first. 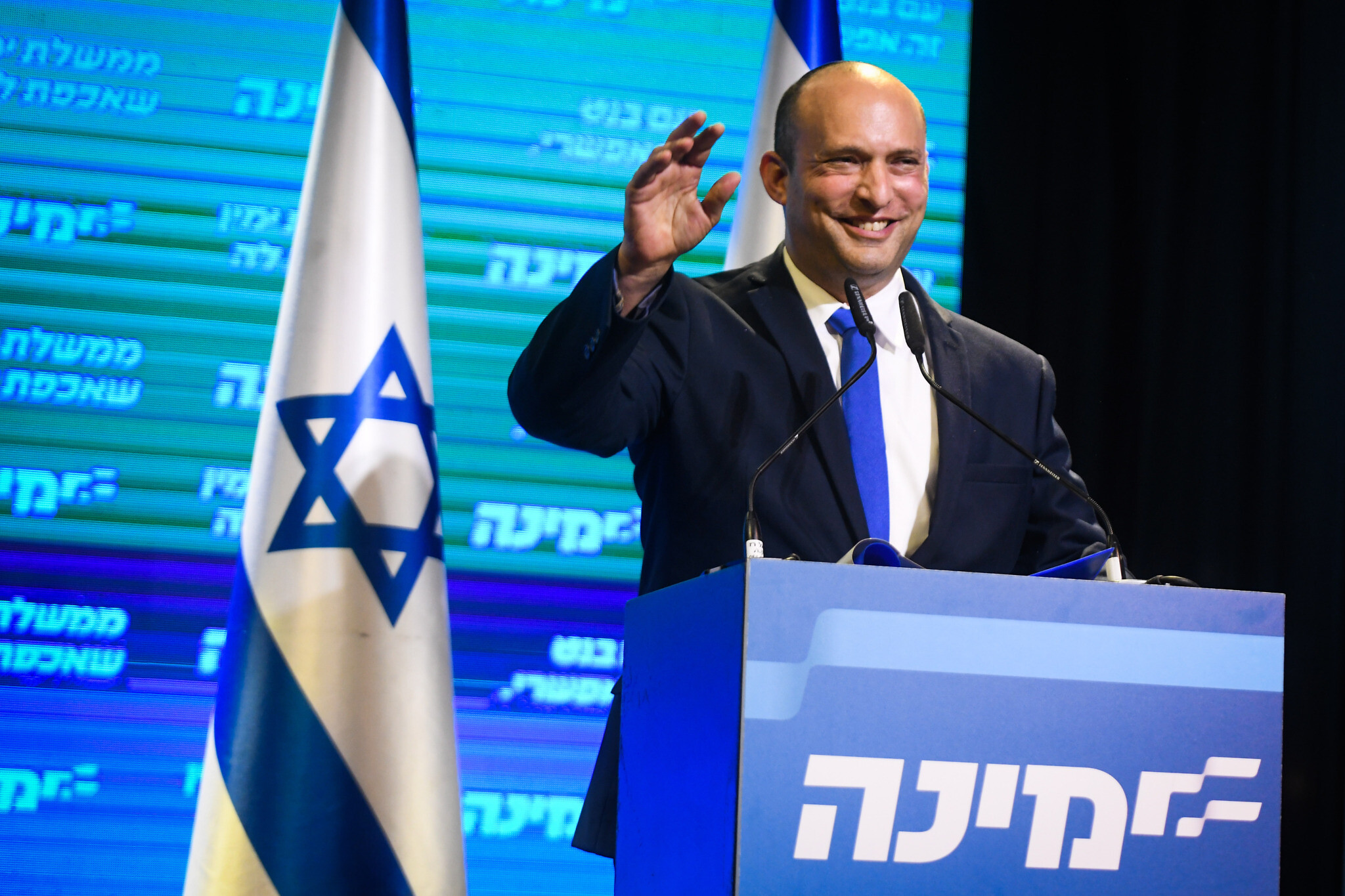 Naftali Bennett, head of the Yamina party seen with Yamina supporters at the party headquarters in Petah Tikva, on election night, on March 23, 2021. (Avi Dishi/Flash90)

A key concern shared by the two is that if they form a government and Netanyahu leaves politics, the other will then be able to assemble an alternative coalition without handing over the premiership, according to the report.

The network also said Bennett was expected to meet with both Lapid and Netanyahu by the end of the week.

A day earlier, the TV channel said Bennett was refusing to commit to ousting Netanyahu unless he is given the premiership, which Lapid won’t cede, amid reports the Yamina leader wasn’t speaking with the Yesh Atid chief.

Lapid met with Blue and White party chief Gantz and Ra’am leader Abbas on Sunday. Abbas, like Bennett, has not committed to either bloc since the election and could tip the scale in either side’s favor. 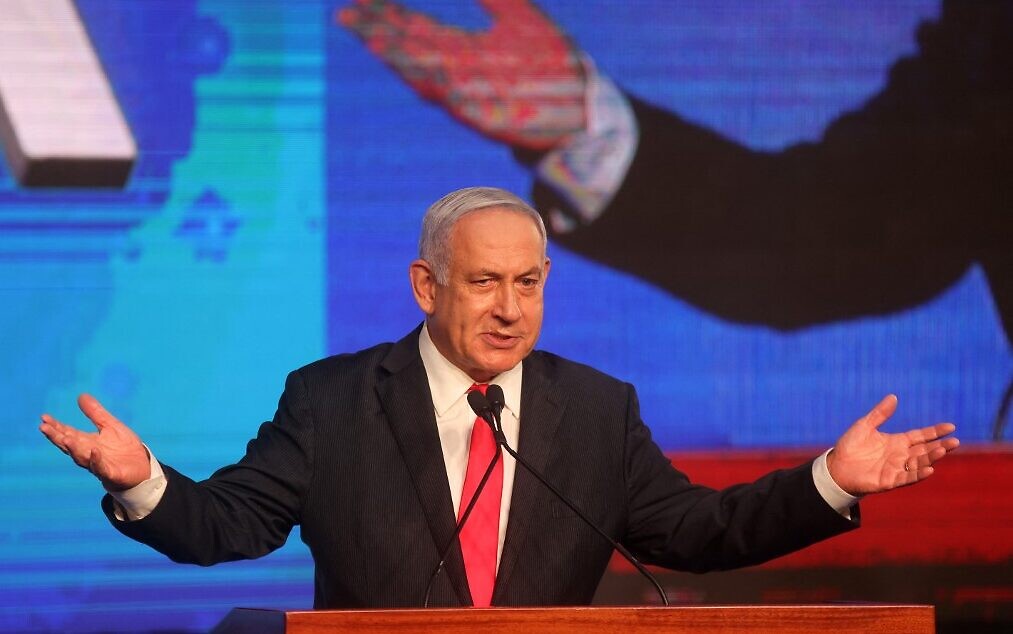 Yamina lashed out at Lapid on Sunday, after his meetings with Gantz and Abbas, claiming the Yesh Atid chief intended to form “a left-wing government with the full support of Arabs.”

Earlier Tuesday, the Central Elections Committee verified the election results and said no significant evidence was found of voter fraud. The results will be given to Rivlin during a ceremony on Wednesday.

Rivlin will hold two days of consultations beginning April 5, the same day the evidentiary stage in Netanyahu’s graft trial starts, on who the parties back to form the next government. He is expected to task a lawmaker with doing so by April 7.

The final results of last week’s election left no clear path to a majority for Netanyahu nor his rivals, the fourth election in two years to end inconclusively. However, the prospect of a fifth election has spurred speculation that unlikely bedfellows could come together in an effort to oust Netanyahu or, alternatively, to enable him to retain power.

Sorgente articolo:
Sa’ar tells Lapid to ‘step aside’ to let Bennett be PM, before it’s ‘too late’ – The Times of Israel