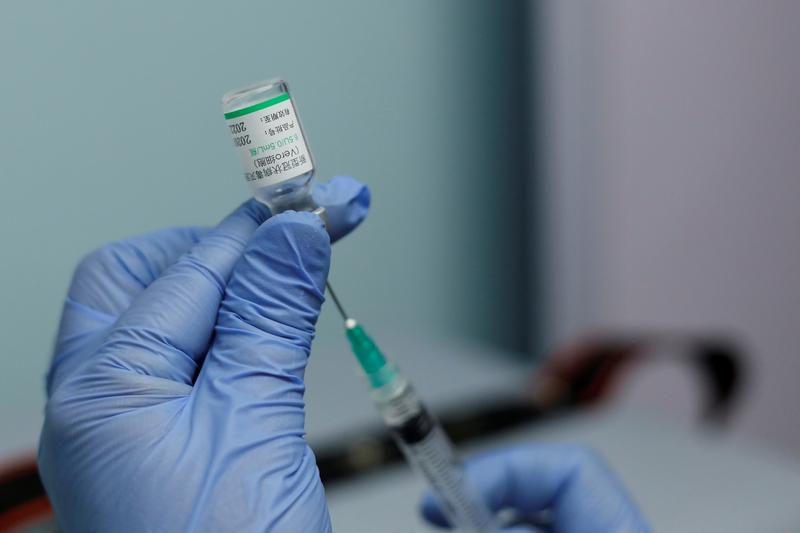 GENEVA (Reuters) – Chinese vaccine makers Sinopharm and Sinovac have presented data on their COVID-19 vaccines indicating levels of efficacy that would be compatible with those required by the World Health Organization, the chair of a WHO advisory panel said on Wednesday.

The WHO’s Strategic Advisory Group of Experts (SAGE) hopes to issue recommendations on those vaccines by the end of April, its chair Alejandro Cravioto, told a Geneva news briefing.

“The information that the companies shared publicly at the (SAGE) meeting last week clearly indicates that they have levels of efficacy that would be compatible with the requirements that WHO has asked for this vaccine,” Cravioto said, referring to the group of independent experts’ closed-door meeting.

“That means about 50% (efficacy) and preferably close to or above 70% and of course, they have all the safety data to show that this vaccine would cause no harm in humans when used.”

The vaccines would first require emergency use listing from the WHO or from what the agency considers to be a stringent regulatory authority before SAGE experts can make recommendations about their use, he added.

WHO spokeswoman Margaret Harris said earlier this month that Sinopharm and Sinovac vaccines could receive WHO emergency listing “quite soon”.

No detailed efficacy data of Sinopharm’s COVID-19 vaccine has been publicly released but its developer, Beijing Biological Products Institute, a unit of Sinopharm subsidiary China National Biotec Group (CNBG), said the vaccine was 79.34% effective in preventing people from developing the disease based on interim data. It has been approved in several countries including China, Pakistan and the UAE.

Sinovac’s vaccine showed varied efficacy readings of between 50.65% and 83.5% based on trials from Brazil, Turkey and Indonesia.

The two China-made vaccines have seen strong demand from many developing countries which have limited access to shots made by rival Western drugmakers.