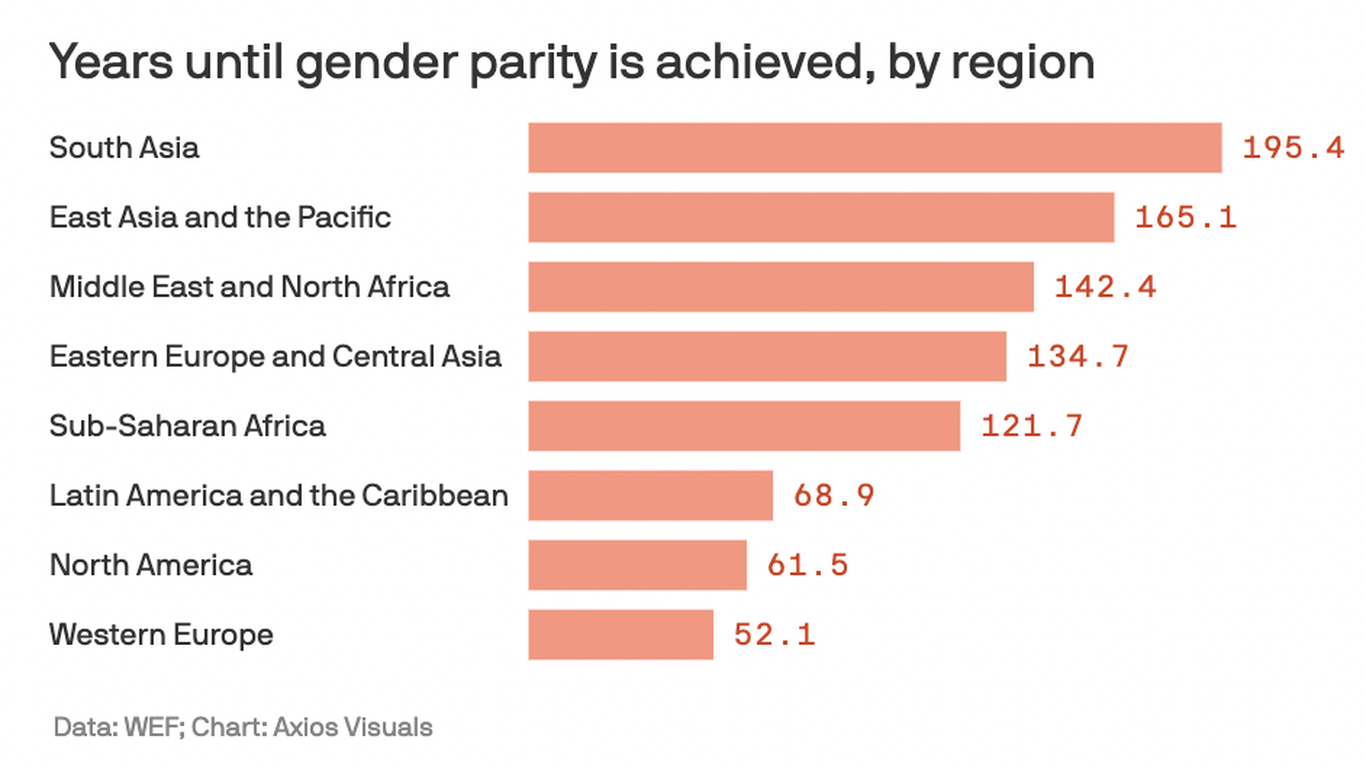 Despite some progress, it will take women in North America approximately 61.5 years to have economic parity with men according to the World Economic Forum’s Global Gender Gap Report for 2021.

Why it matters: Women in the U.S. have made strides in political representation, but they still lag behind men in job market participation and income, according to the report.

Details: The report took the North American region as an average of the U.S. and Canada but did provide U.S-specific data.

But, but, but: The report states that there has been only “marginal improvement” when it comes to labor force participation and women’s attainment of senior roles.

The big picture: Worldwide, it will now take 135.6 years to close the gender gap, an increase of about 35 years from last year, when the WEF stated it would take 99.5 years.