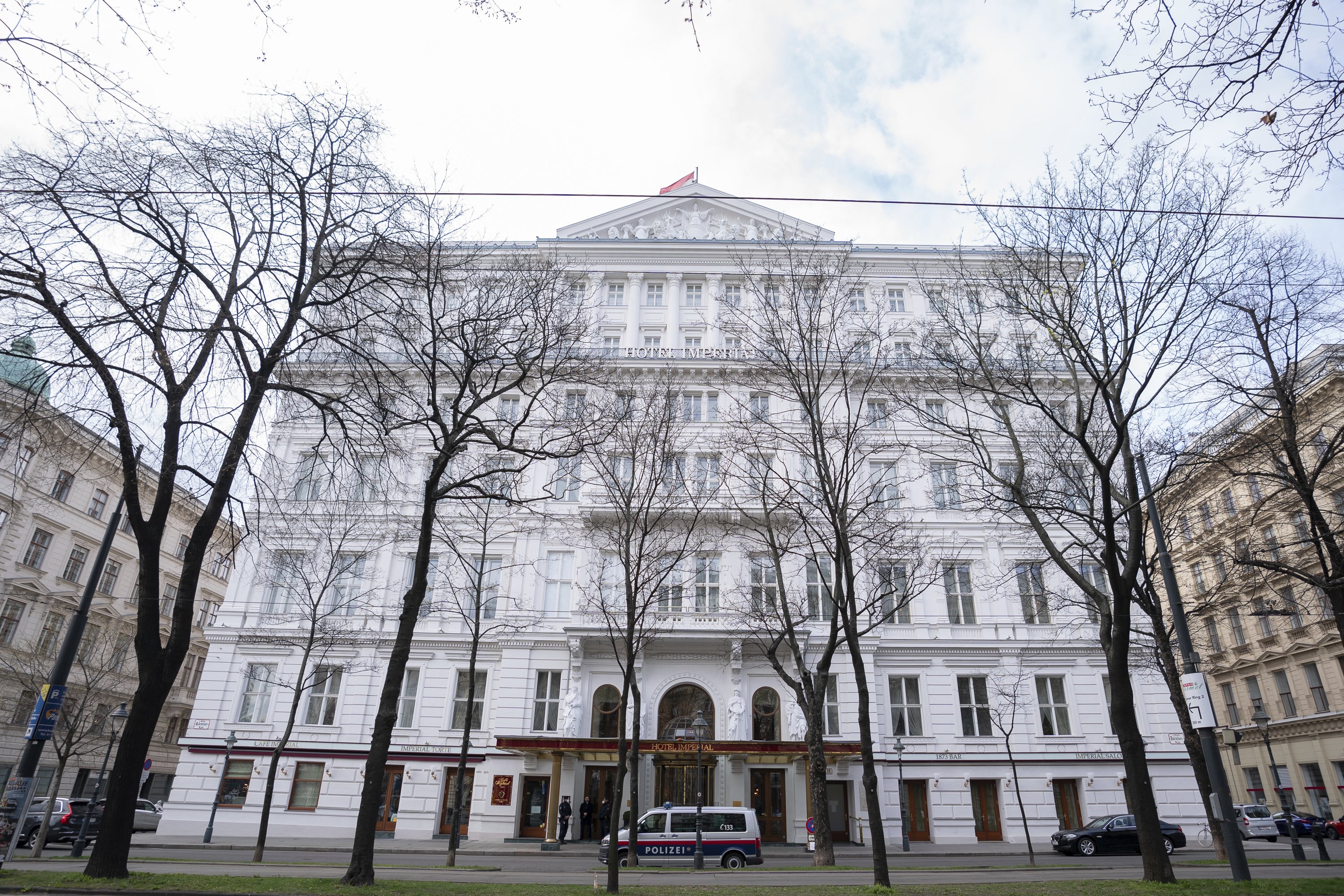 VIENNA (AP) — Efforts to bring the United States back into the 2015 deal on Iran’s nuclear program stepped up a gear Tuesday as Iran and the five world powers still in the accord were meeting in Vienna while the U.S. is due to start indirect talks with Tehran.

Friday’s announcement that Washington and Tehran would begin indirect talks through intermediaries was one of the first signs of tangible progress in efforts to return both nations to the terms of the accord, which restricted Iran’s nuclear program in return for relief from U.S. and international sanctions.

Then-President Donald Trump pulled the U.S. unilaterally out of the accord in 2018, opting for what he called a maximum pressure campaign of stepped-up U.S. sanctions.

Since then, Iran has been steadily violating the restrictions in the deal, like the amount of enriched uranium that it can stockpile and the purity to which it can enrich it. Tehran’s moves have been calculated to pressure the other nations in the deal — Russia, China, France, Germany and Britain — to do more to offset crippling U.S. sanctions reimposed under Trump.

President Joe Biden came into office saying that getting back into the accord and returning Iran’s nuclear program to international restrictions was a priority. But Iran and the United States have disagreed over Iran’s demands that sanctions be lifted first.

Senior foreign ministry officials from the countries still in the accord, known as the Joint Comprehensive Plan of Action, were holding a European Union-chaired meeting Tuesday in Vienna.

Also due in the Austrian capital is a U.S. delegation headed by the administration’s special envoy for Iran, Rob Malley. State Department spokesman Ned Price said talks will be structured around working groups that the Europeans will form with the other parties to the accord.

Price said Monday the talks are a “healthy step forward” but added that “we don’t anticipate an early or immediate breakthrough, as these discussions, we fully expect, will be difficult.”

“We don’t anticipate at present that there will be direct talks with Iran,” he said. “Though of course we remain open to them. And so we’ll have to see how things go.”

A statement issued after parties to the accord met virtually on Friday said the aim of their meeting Tuesday is to “clearly identify sanctions lifting and nuclear implementation measures, including through convening meetings of the relevant expert groups.”

In Tehran, government spokesman Ali Rabiei said Tuesday that Iran’s aim remained “lifting all sanctions that were imposed or reimposed against Iran” after the U.S. quit the deal. He said Iran is “ready to return to our all commitments immediately after the American side lifts sanctions in a complete and verifiable” way.

However, Iran has continued to push beyond the limits set by the deal. Behrouz Kamalvandi, a spokesman for Iran’s civilian nuclear program, said officials had begun mechanical testing of an IR-9 prototype centrifuge. That centrifuge would enrich uranium 50 times faster than the IR-1s allowed under the accord, he said, according to the semi-official ISNA news agency.

Separately, Iran’s foreign ministry claimed that a man associated with Iranian exile groups insulted and tried to attack the deputy foreign minister, Abbas Araghchi, after he left a meeting Tuesday morning with an EU diplomat. Vienna police said there was a protest outside a hotel but they weren’t immediately aware of any “relevant incidents or physical confrontations.”

Ahead of Tuesday’s talks, an Iranian prosecutor said 10 officials have been indicted for last year’s shooting down of a Ukrainian passenger plane by Iran’s military in which 176 people died. Iran faced withering international criticism last month for releasing a final report that blamed human error but named no one responsible.