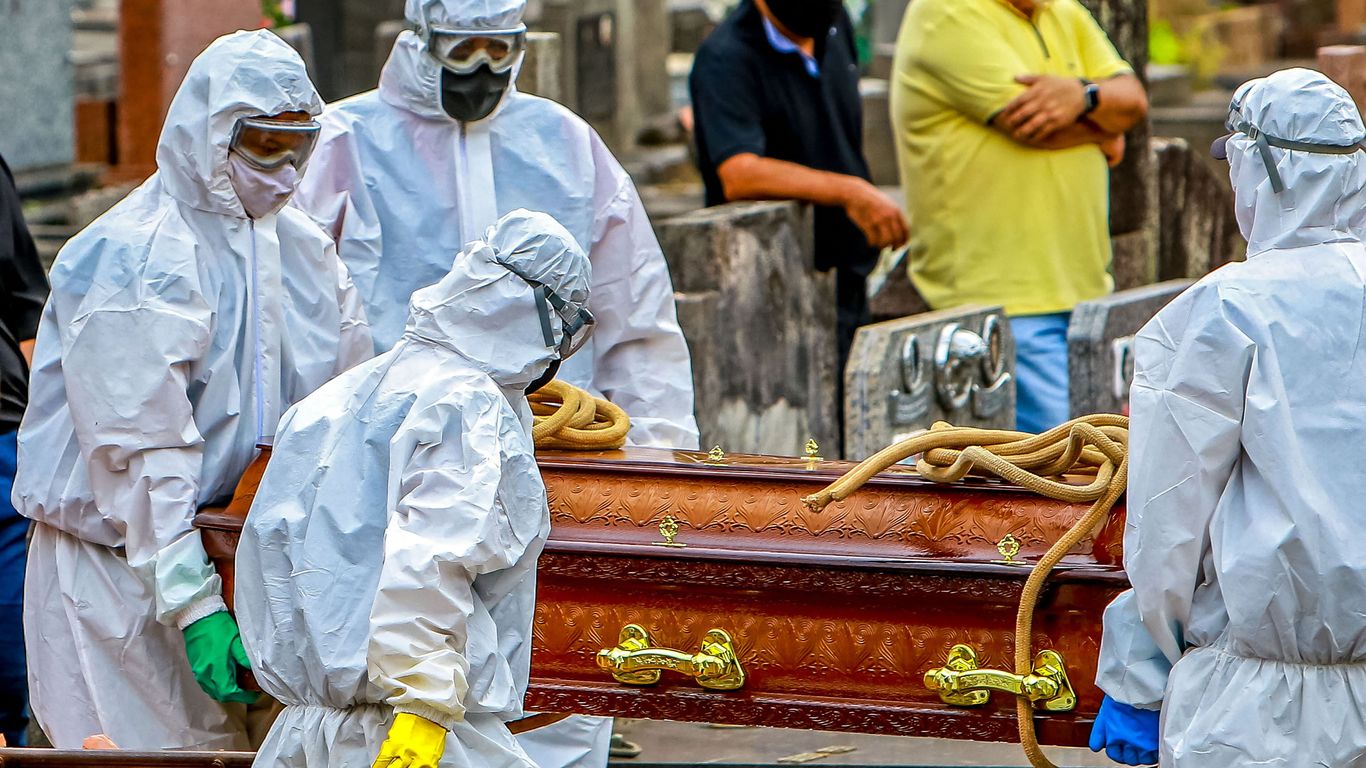 Brazil confirmed more than 4,000 COVID-19 deaths in a 24-hour period for the first time on Tuesday, the health ministry announced.

Why it matters: A surge in cases and deaths, driven in part by relaxed mitigation measures and a more contagious local variant, has overwhelmed the country’s health system.

Of note: Brazil is on track to overtake the U.S. record for the seven-day average for COVID-19 deaths set in January (3,285), possibly by next week, the Institute for Health Metrics and Evaluation at the University of Washington predicts.

By the numbers: Brazil’s health ministry said Tuesday it confirmed 4,195 COVID-19 deaths and 86,979 new cases in the last 24 hour-period.

Editor’s note: This article has been updated with more details, including the Institute for Health Metrics and Evaluation’s forecast.