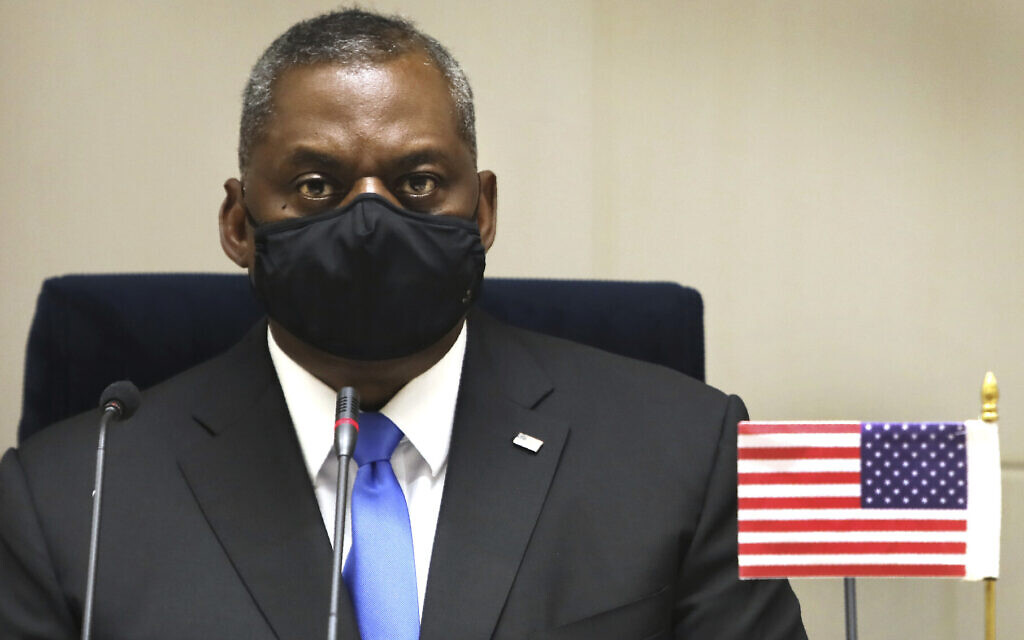 US Defense Secretary Lloyd Austin will visit Israel next week for the first Middle East trip by a member of President Joe Biden’s cabinet, according to a Tuesday report.

While in Israel, Austin is expected to meet with Prime Minister Benjamin Netanyahu and Defense Minister Benny Gantz, according to the Axios news site.

Austin, a retired general, headed US Central Command, which operates in the Middle East, during some of Gantz’s tenure as IDF chief of staff. The two spoke shortly after Austin assumed office in January.

Israeli officials quoted in the report said Austin’s meetings will focus on Iran and other regional issues, as well as ensuring the Biden administration will honor understandings reached during the final weeks of the Trump administration for the United States to guarantee Israel’s so-called qualitative military edge in the region.

It was not clear if Austin will visit other regional countries.

The report noted the visit will come amid growing tensions between Israel and Iran, with the two countries accusing each other recently of attacking a number of merchant ships and damaging them with explosives. The vessels in each case were only lightly damaged and there were no injuries in the incidents.

Another such attack was reported Tuesday, with Iran’s semi-official Tasnim news agency saying an Iranian-flagged vessel in the Red Sea was struck by a limpet mine. Israel has not commented on the reported attack, which Saudi broadcaster Al Arabiya claimed Israeli commandos carried out.

Austin’s trip will also come as Biden looks to rejoin the 2015 deal limiting Iran’s nuclear program in exchange for sanctions relief, from which former president Donald Trump withdrew the US.

On Tuesday, the remaining parties in the accord launched talks in Vienna on a US return to the pact, with the Biden administration joining indirectly for the first time.

Biden has insisted he will not remove sanctions until Iran returns to full compliance with the accord, which it has increasingly violated since the US pullout in 2018.

Israel is strongly opposed to a return to the deal in its original form, and has communicated as much to Washington. The sides recently reestablished a bilateral group for cooperating in the effort to prevent Iran from acquiring nuclear arms, agreeing to set up a joint team for sharing intelligence about Iran’s nuclear program.