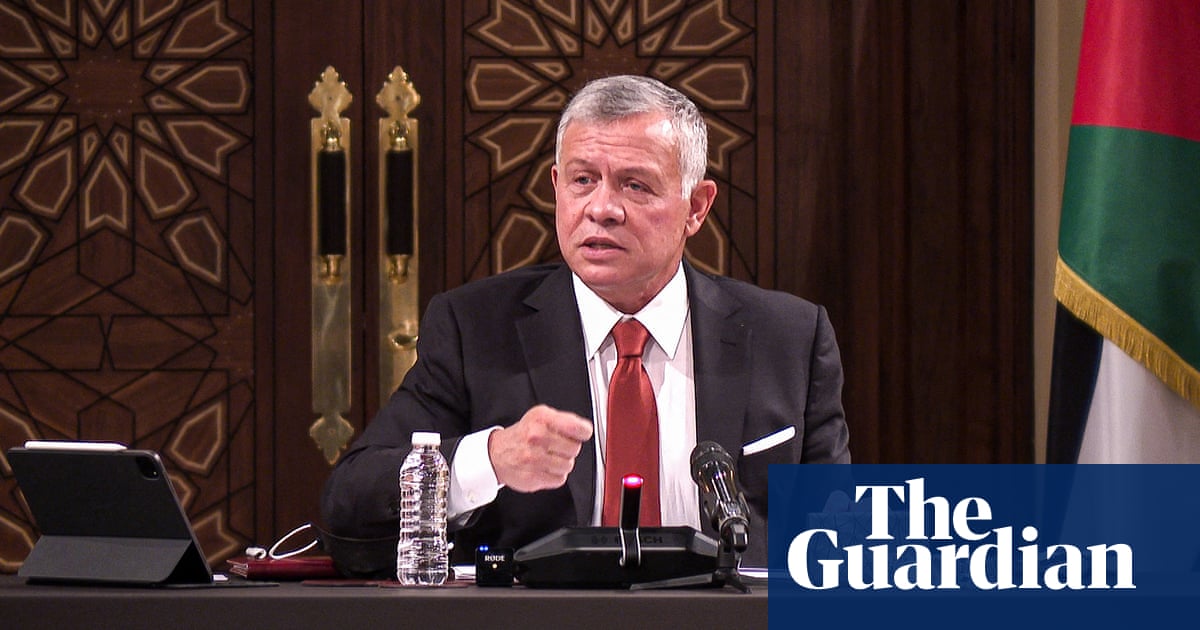 Jordan’s king has claimed authorities foiled an act of sedition with the weekend arrests of a former crown prince and 17 other people, describing the events as the “most painful” ordeal of his reign.

“Nothing can come close to the shock and the pain and anger I felt, as a brother, and head of the Hashemite family, and as a leader to this dear people,” the king said in a written statement on Wednesday.

Speaking four days after Prince Hamzah was detained, King Abdullah said his half-brother was “at home under my protection” and that the former heir to the Jordanian throne had offered him his loyalty.

The belated remarks did little to mask the most serious public rift in the ruling family during the past 20 years, and offered no clarification of officials’ claims that a foreign government had backed a coup that Hamzah was in the final stages of organising.

However, they cast a spotlight on the dilemma faced by Abdullah, who by avoiding a public address aimed to douse a challenge to his authority without being seen to test the allegiances of the country’s powerful tribes. Hamzah has been a popular and charismatic royal, but the depth of his ties to Jordanian society remains unclear.

Where the tribes stand on the arrests of the alleged plotters is central to the fate of a monarch beset by economic woes that have been amplified by the Covid-19 pandemic. The economic decline has eaten into Jordan’s powerful patronage networks and strained the accommodation between ruler and clans that has underpinned the kingdom for decades.

Hamzah has released two defiant and highly unusual video statements while under house arrest, and a recording of his meeting with the Jordanian military chief surfaced on Monday.

King Abdullah claimed that Hamzah, whom he ousted as heir in 2004 in favour of his son, had now signed a pledge of support. “He has committed before the (Hashemite) family to follow the path of his parents and grandparents, to be faithful to their message, and to place the interest of Jordan, its constitution and its laws above all other considerations.

“The challenge of the past days was not the most difficult or the most dangerous to the stability of our homeland, but it was the most painful for me, because the trouble and the discord were inside and outside our one home.”

What has been described as the Jordanian version of The Crown has fuelled intrigue across the country and region and sparked widespread speculation about the foreign country alleged to have been behind a plot that the foreign minister, Ayman al-Safadi, suggested had been stopped at the “zero hour”.

Saudi Arabia has categorically denied any involvement and described claims that it was in touch with Hamzah and key aides as “nonsense”. The Saudi foreign minister, Faisal bin Farhan, flew to Amman on Wednesday to meet Safadi. Officials said the visit aimed to “express complete solidarity with Jordan’s King Abdullah and his government”.

Joe Biden called Abdullah on Wednesday reiterating US support for a regional partner that had been central to Washington’s regional security projection for decades but whose role had diminished under the Trump administration.

Biden has signalled that he aims to revert the relationship to a more conventional footing, backing a monarch who has been a bedrock of the fight against Islamic State while safeguarding Israel’s eastern border through a longstanding security pact.