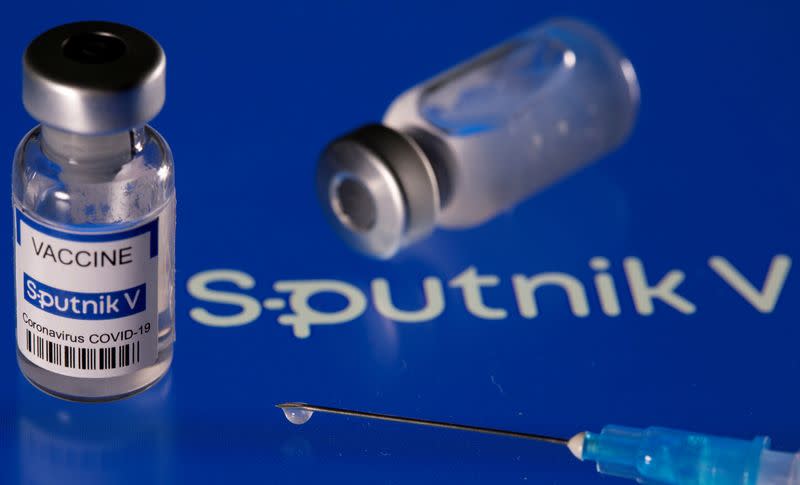 PRAGUE/MOSCOW (Reuters) – Russia called on Slovakia on Thursday to return hundreds of thousands of doses of the Sputnik V coronavirus vaccine, citing contract violations, in an escalating row between the two countries after a Slovak watchdog raised doubts about the shot.

Earlier on Thursday, Slovakia’s SUKL drug agency said the batches of Sputnik V vaccines it had received differed from those reviewed by international scientists and by the European Union regulator.

Slovakia imported 200,000 doses of Sputnik V last month, the second European Union nation to do so after Hungary, despite a lack of EU regulatory approval.

Though approving the shot for therapeutic usage of the vaccine as an unregistered drug and receiving an initial shipment, it had not begun administering the shot, and the Slovak health ministry also requested its drug agency conduct a review.

The agency said it found that the dosage form of the vaccine – the way the medicine is presented, such as in a solution – differed from the product currently being scrutinised by the European Medicines Agency as part of a rolling review of the shot, required for EU approval.

SUKL said the batches sent to Slovakia also showed different characteristics from those used in studies published in The Lancet peer-reviewed medical journal.

It said the Slovak side had not tested the shot in a specially-certified laboratory, adding that this was in violation of contract obligations and “an act of sabotage”.

RDIF said it had requested the Slovak government send some batches to a European Union certified laboratory for additional tests, as well as send the main shipment back to Russia.

“RDIF … has sent a letter on April 6, 2021 asking to return the vaccine due to multiple contract violations so that it can be used in other countries,” a statement, shared on the vaccine’s official Twitter page, said.

“All Sputnik V batches are of the same quality and undergo rigorous quality control at the Gamaleya Institute,” it said.

Slovakia’s drug agency also concluded that it could not determine the benefits and risks of Sputnik V, due to gaps in the data provided by Moscow about pre-clinical testing, production, and clinical tests.

“A substantial part of the data, approximately 80%, was not supplied even after repeated requests,” it said.

RDIF did not respond to questions about gaps in the data identified by SUKL.

The wealth fund said its chief executive, Kirill Dmitriev, had held a meeting with Slovakia’s Finance Minister Igor Matovič earlier in the day, adding that “RDIF remains committed to assisting the people of Slovakia with vaccination by Sputnik V.”

Given serious delays in EU-wide orders of vaccines, Matovič planned to make Slovakia the second EU country after Hungary to start using the vaccine, despite a lack of clearance from the EU medicines agency EMA.

Slovakia, badly hit by a surge in COVID-19 infections in recent months, had wanted to accelerate vaccinations.

But in ordering the shot, Matovič acted behind the back of his coalition partners, and was forced to step down in an ensuing coalition crisis.

Matovič had said Slovakia ordered 2 million doses, a substantial amount for a country of 5.5 million people. No further shipments since the initial batch of 200,000 have arrived, although Matovič had said a further 400,000 were due in March.

Slovakia’s Health Ministry has said it expects to announce next week further steps on use of Sputnik V. Matovič is due to speak about his trip to Moscow on Friday.

(Reporting by Jan Lopatka in PRAGUE and Polina Ivanova in MOSCOW; editing by Gareth Jones and David Evans)