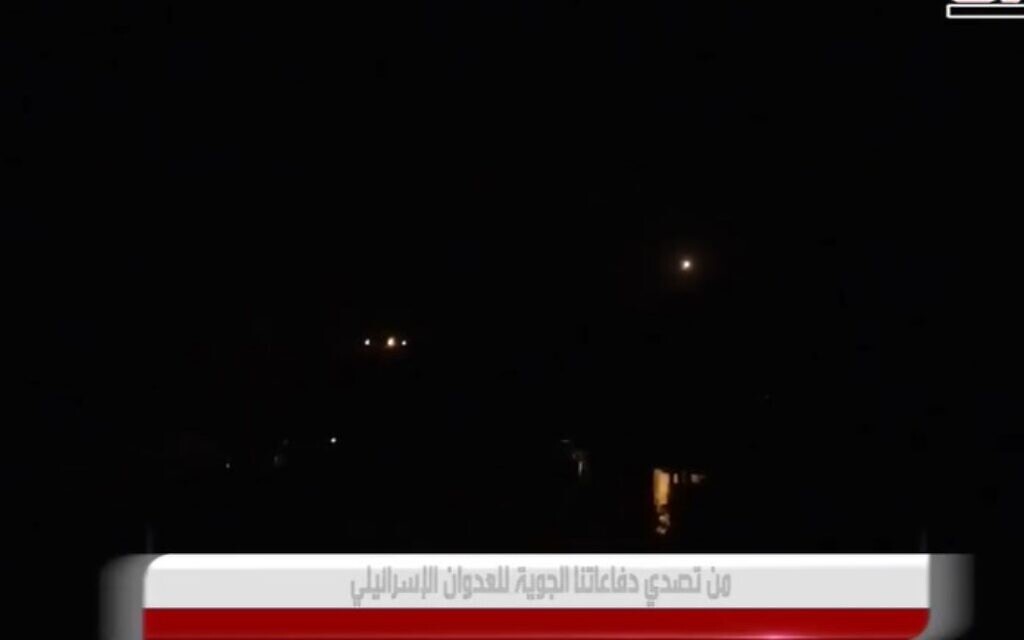 Israel carried out airstrikes in Syria after midnight Wednesday attacking targets near Damascus and wounding four soldiers, Syrian state media reported, in the latest in a series of raids attributed to the Jewish state.

The state-run SANA news agency said Syrian air defenses had engaged Israeli missiles near the capital Damascus, without giving details of the targets.

SANA said the missiles were fired from the Golan Height s and from Lebanese air space, wounding four soldiers and causing “some material losses.”

“Our air defenses intercepted the attack and shot down most of” the missiles, SANA cited a military source as saying. Defense analysts routinely dismiss such claims by the Syrian regime as empty boasts.

Al-Manar TV of Lebanon’s Hezbollah terror group said one of the Syrian air defense missiles exploded near the Lebanon-Syria border and was heard in parts of southern Lebanon. It later said the missile crashed near the Lebanese border village of Houla.

The Israel Defense Forces did not comment on the late-night strikes, in accordance with its policy to neither confirm nor deny its operations in Syria, save for those launched in retaliation for an attack from Israel’s northern neighbor.

Later they added the strikes hit several positions near the city and “destroyed an arms depot that belongs to the Iranians.”

This was the first reported Israeli strike in almost a month, since an alleged strike on reported weapons depots near the Damascus airport.

In February Israeli strikes also reportedly targeted the area of Damascus International Airport, through which Iran had reportedly been flying advanced munitions, as well as military sites around the Damascus suburb of el-Kisweh, a long-time base of Iranian operations.

The strikes came days after drones reportedly bombed a shipment of advanced weapons that were being transported through Iraq into eastern Syria by Iranian proxies.

Tensions have been high in the Middle East in recent months as Iran and the US jockey for position ahead of nuclear negotiations.