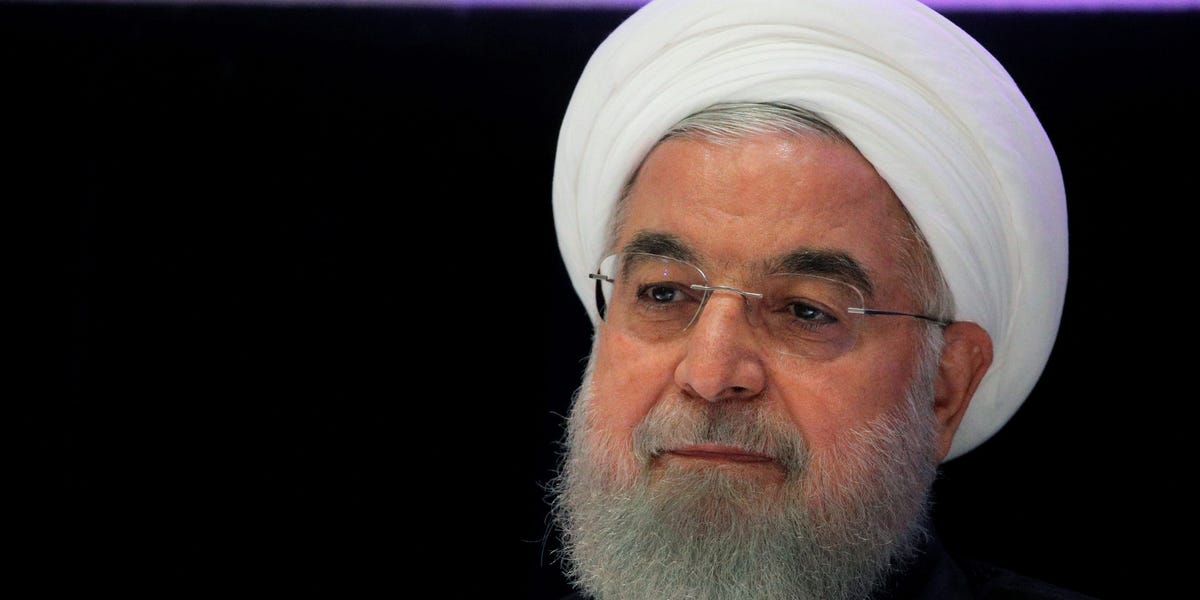 The State Department on Wednesday said that the US is willing to lift sanctions on Iran that are “inconsistent” with the 2015 nuclear deal.

“We are prepared to take the steps necessary to return to compliance with the JCPOA, including by lifting sanctions that are inconsistent with the JCPOA. I am not in a position here to give you chapter and verse on what those might be,” State Department spokesman Ned Price told reporters, per Reuters. Prince was employing the acronym for the formal name of the 2015 pact — the Joint Comprehensive Plan of Action (JCPOA).

The White House did not offer comment and deferred to the State Department when contacted by Insider.

Price’s comments came as US and Iranian officials are participating in indirect talks in Vienna — communicating through European intermediaries — as part of an effort to revive the nuclear pact.

In Vienna, the US and Iran agreed to establish working groups with the goal of bringing both parties back into compliance with the deal in a synchronized fashion. This agreement was viewed by experts as a sign of progress in terms of restoring the deal, albeit incremental.

“This is an important positive step but it’s not going to be easy to get back into the JCPOA,” Ilan Goldenberg, Middle East Security Director at the Center for New American Security in Washington, DC, said of the news via Twitter. “It’s going to take time and tough negotiations and it would be better if the US & Iran can talk directly. But still. Important progress.”

The 2015 nuclear deal was designed to prevent Iran from developing a nuclear weapon in exchange for relief from economic sanctions. Critics of the deal said it did not go far enough to prevent Tehran from becoming a nuclear power, and also contended the pact was weak in terms of addressing Iran’s regional behavior and missile program.

Then-President Donald Trump withdrew from the JCPOA in May 2018, reimposing sanctions on Iran and setting off a series of events that raised tensions between Washington and Tehran to historic heights — sparking fears of a new war in the Middle East. The Trump administration unsuccessfully sought to squeeze Iran into negotiating a more stringent version of the 2015 deal via harsh economic sanctions as part of a “maximum pressure” campaign.

Before Trump withdrew from the JCPOA, Iran’s breakout time to a nuclear weapon was roughly a year, but US officials now say it’s closer to a few months. Iran remained in compliance with the pact for nearly a year after the US pulled out, but gradually took steps away from the agreement before effectively abandoning it altogether after Trump ordered a drone strike that killed the country’s top general, Qassem Soleimani, in January 2020.

President Joe Biden on the campaign trail pledged to revive the deal. But Iran has maintained it would not return to compliance until the US lifts sanctions. Meanwhile, the Biden administration has insisted Iran prove it’s complying with the pact before the US moves forward with sanctions relief. The Vienna talks are the first substantive effort in the Biden era at breaking the impasse.

Sorgente articolo:
The US is prepared to lift sanctions on Iran that are ‘inconsistent’ with the 2015 nuclear deal – Business Insider