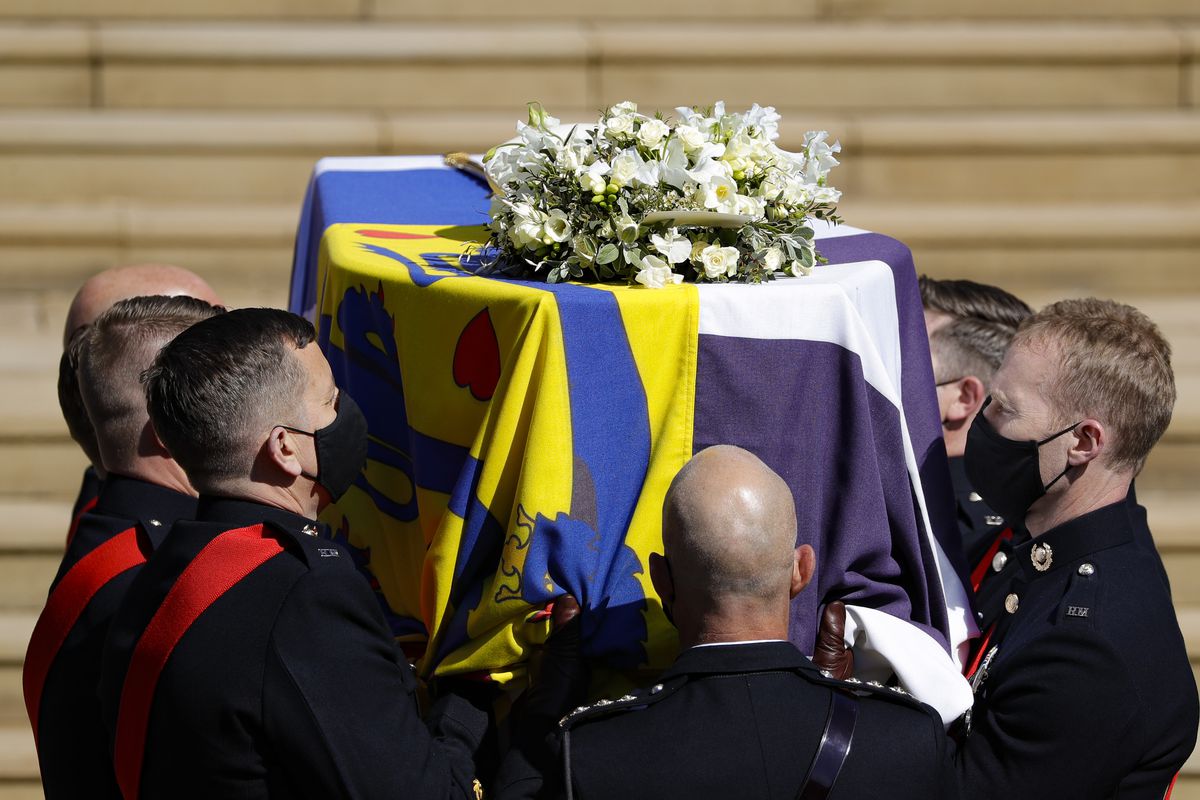 William and Harry were part of the nine-member royal contingent, although their cousin, Peter Phillips, walked between them. There was no obvious tension between the brothers, whose relationship has been strained since Harry’s decision to quit royal duties and move to California. After the service, they walked back to the castle together, seeming to chat amiably.