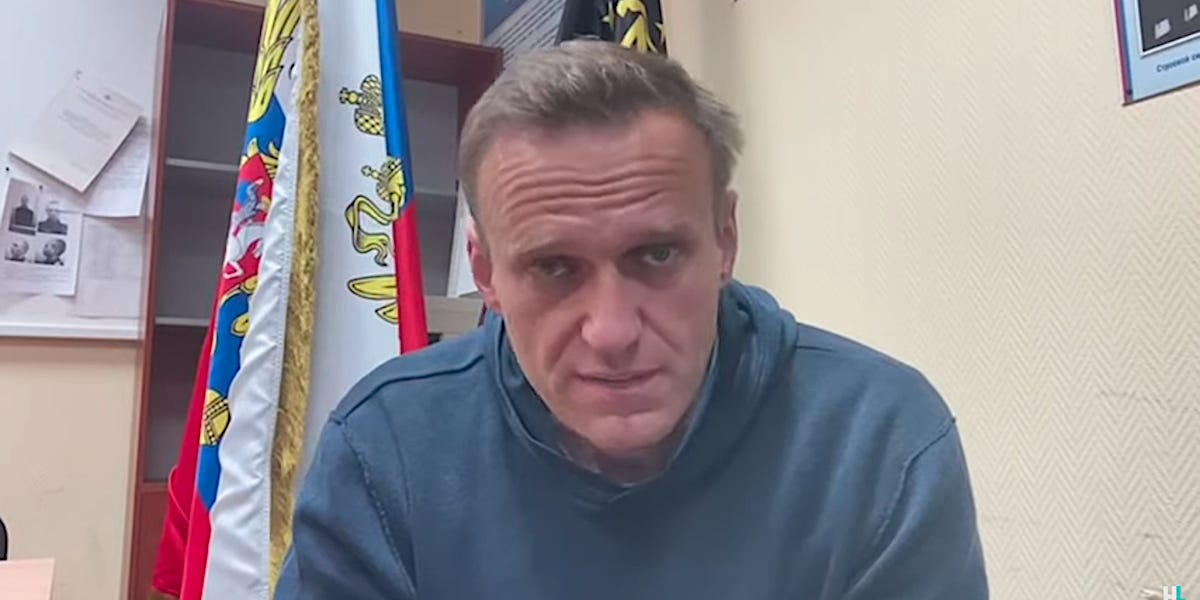 “Make no mistake about what is happening here: activist Aleksei Navalny is being murdered in front of the world by Vladimir Putin for the crime of exposing Putin’s vast corruption. Navalny’s doctors must be allowed to see him immediately,” Sanders said in a tweet on Sunday.

The Russian embassy in Washington, DC, did not immediately respond to a request for comment from Insider.

The Vermont senator’s criticism of the Russian president came after Navalny’s doctor warned that he could “die at any moment.” The Biden administration has warned Russia there will be consequences if Navalny dies.

Navalny has been on hunger strike for weeks, demanding he receive proper medical care over complaints of back pain and numbness in one of his legs.

The anti-corruption campaigner on Monday was transferred to a prison hospital at a separate penal colony from where he was being held. Russia’s Federal Penitentiary Service said Navalny’s condition was “satisfactory,” per ABC News.

Meanwhile, Navalny’s allies have warned that his health is rapidly deteriorating, and have pushed against referring to the facility he was transferred to as a “hospital.”

“Please stop writing that Navalny has been transferred to a hospital. It’s not a hospital, it’s just a different penal colony that has the same torturous conditions, same everything, apart from the fact that there are few formally qualified doctors on-site. This changes nothing,” Maria Pevchikh, an investigator at Navalny’s Anti-corruption Foundation, said in a tweet.

Navalny faced an apparent assassination attempt in August when he was poisoned with the nerve agent Novichok, which can cause lingering health effects. Navalny blamed Putin for the incident. Leaders across the world condemned Putin over the poisoning. The Russian president’s critics have often been killed in violent or mysterious ways.

In September, Navalny was taken to Germany for medical treatment. Upon returning to Moscow in January, he was arrested and accused of violating parole — including while he was in Germany — over a 2014 suspended sentence for fraud. Navalny, who’s mantained all charges against him are politically motivated, was sentenced to two and a half years in prison.