A new effort to reintroduce direct elections for prime minister is reportedly being advanced by right-wing party leaders in a bid to break the political logjam, block Yesh Atid chairman Yair Lapid’s path to the premiership, and prevent a fifth consecutive Knesset election.

The proposal was raised by Shas chairman Aryeh Deri and brought to Prime Minister Benjamin Netanyahu over the weekend by Yamina head Naftali Bennett, Channel 12 reported Sunday, adding that the Likud leader was convinced to back the idea.

The proposal would see a special election held for Israelis to pick the next prime minister. There would not be another election for the Knesset, after the vote held last month. A similar proposal was floated amid political deadlock after the September 2019 elections, and went nowhere.

While a direct election for prime minister would automatically determine who would form the government, it would not change the coalition arithmetic, and the winner would still need to form a coalition from the same parties elected in March. 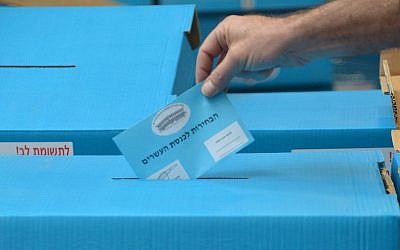 Illustrative: Ballot boxes, ahead of the Knesset elections on February 25, 2015. (Flash90)

Netanyahu has consistently polled as the most preferred candidate for the position of premier, even though his numbers are well below 50 percent.

According to Channel 12, Netanyahu is hoping that with Bennett’s support for the initiative, it will have a majority to pass as a law in the Knesset, and is even pushing for it to be introduced in parliament as early as this week.

The parties that have backed Netanyahu hold 52 seats. With Yamina’s support, the bill would have 59 MKs voting in favor, still not a majority in the 120-seat Knesset. 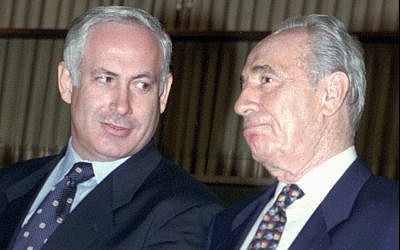 However, the country reverted back to voting only for parties five years later, because it proved too hard to form a coalition based on the results of direct elections for the premiership.

The last time a direct election was held in Israel for the premiership was in 2001.

The proposal for direct election of the prome minister would likely face a formidable legal challenge in the High Court of Justice, as it would entail sweeping legislative reforms by a caretaker government.

In early December 2019, following the second inconclusive vote of the year, Netanyahu said that he would support a proposal for direct elections for prime minister in a bid aimed at averting a third round of full-blown national elections.

Yamina, at the time, backed the proposal, which ultimately did not attract sufficient support. The Knesset dissolved on December 11, 2019, and new elections were held in March 2020.