Israel and Britain are considering establishing a “green” travel corridor with mutual recognition of vaccinations, following the successful immunization drives in both countries, the Foreign Ministry said Tuesday.

The announcement came as Foreign Minister Gabi Ashkenazi hosted British Cabinet Minister Michael Gove for talks in Jerusalem. Gove, a senior member of the Conservative Party, is coordinating the UK government’s response to the coronavirus pandemic.

“The fight against the coronavirus pandemic is a challenge the entire world is contending with. After the medical challenge, ways need to be found to get the economy back on course as quickly as possible. We’ll promote, together with Britain, mutual recognition of vaccinations to allow tourists and business people from the two countries to return to routine safely,” Ashkenazi was quoted saying in a ministry statement.

The statement did not specify when the proposed travel scheme could be launched, nor whether it would be open solely to those who have been vaccinated. 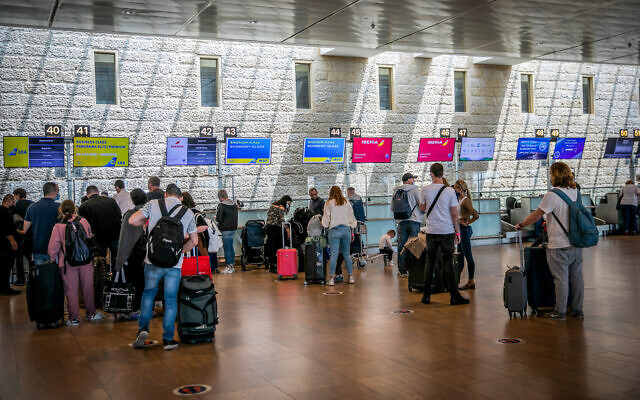 Travelers at the departures hall in Ben Gurion Airport on April 18, 2021. (Yossi Aloni/Flash90)

Israel, which has begun loosening travel restrictions amid the success of its national vaccination campaign and continued drop in new infections, has recently inked travel agreements with Georgia, Greece and Cyprus.

Gove is in Israel to study Israel’s “Green Pass” system that allows people who have been vaccinated or recovered from the coronavirus to participate in various activities, including indoor dining, shows and sports events.

In a column for the Telegraph newspaper earlier this month, Gove touted the Israeli Green Pass and voiced support for adopting a similar system in the United Kingdom. 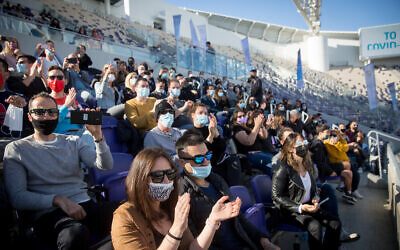 “If Israel can accelerate its citizens’ returns to nightclubs, [soccer stadiums] and theaters with these certificates, might we?” Gove wrote.

He said the UK expected other countries to roll out similar initiatives requiring travelers to prove their coronavirus status and that Britain therefore must look into the matter.

According to the Oxford University-based Our World in Data, Israel and the UK respectively rank first and second among all countries in terms of the percentage of people who have received at least one vaccine dose.