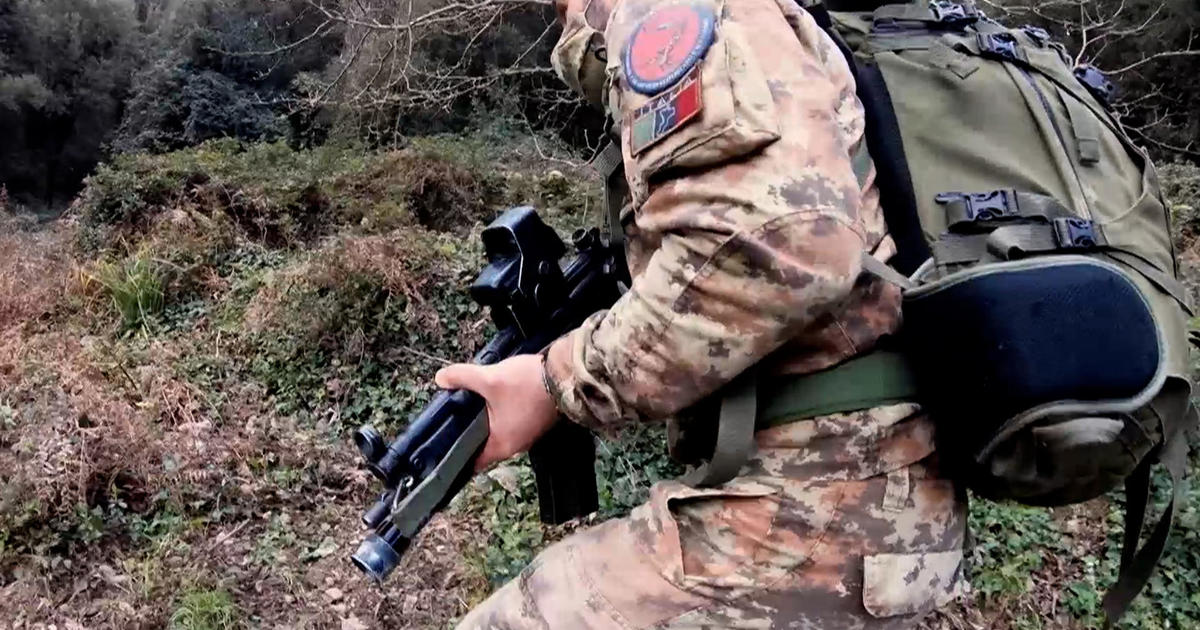 It may not look like “The Godfather” or “Goodfellas,” but Southern Italy is in the grips of a crime syndicate much bigger than the Cosa Nostra, the inspiration for those movies. It’s called the ‘Ndrangheta and its members keep a much lower profile while controlling an estimated 50% to 80% of Europe’s cocaine trade.

That more modest lifestyle was on display when 60 Minutes+ went with law enforcement into the forest in Calabria, a region the ‘Ndrangheta has in a stranglehold. Members of an elite hybrid military-police force called the Cacciatori – which in Italian translates to, “the hunters”- showed Seth Doane a small hideout covered in earth that blended into the side of a mountain. An ‘Ndrangheta member on the run had been captured there while making his morning coffee.

“This is another characteristic of the ‘Ndrangheta,” said Antonio Nicaso, who grew up in Calabria and is an expert on the group. He told Doane, “If you go in Calabria, you don’t see places that show the wealth of a mobster. Once I asked to a former mobster, ‘How can you live that kind of life, underground?’ And the answer was, ‘Yes, I was living like a mouse, like a rat. But I was capable to appoint the persons of power in an important position.’ Money comes and goes – but power – it’s the ultimate goal.”

That power was cemented in the 1980s with a major investment in drug trafficking. Now, the ‘Ndrangheta – which means “men of valor” – earns an estimated annual revenue of more than $50 billion, more than half of which comes from cocaine.

Trying to crack through the group’s complex structure and links to legitimate business is anti-mafia prosecutor Nicola Gratteri. It’s a dangerous job, but Gratteri is well-acquainted with the risks and is often reminded of two famous anti-mafia prosecutors before him who were assassinated.

“I’ve been a target since 1989 when one evening they fired at my fiancée’s house,” Gratteri told Doane. “And then they called her at 2:00 in the morning and told her that she was marrying a dead man.”

See the report on 60 Minutes+, streaming now only on Paramount+.