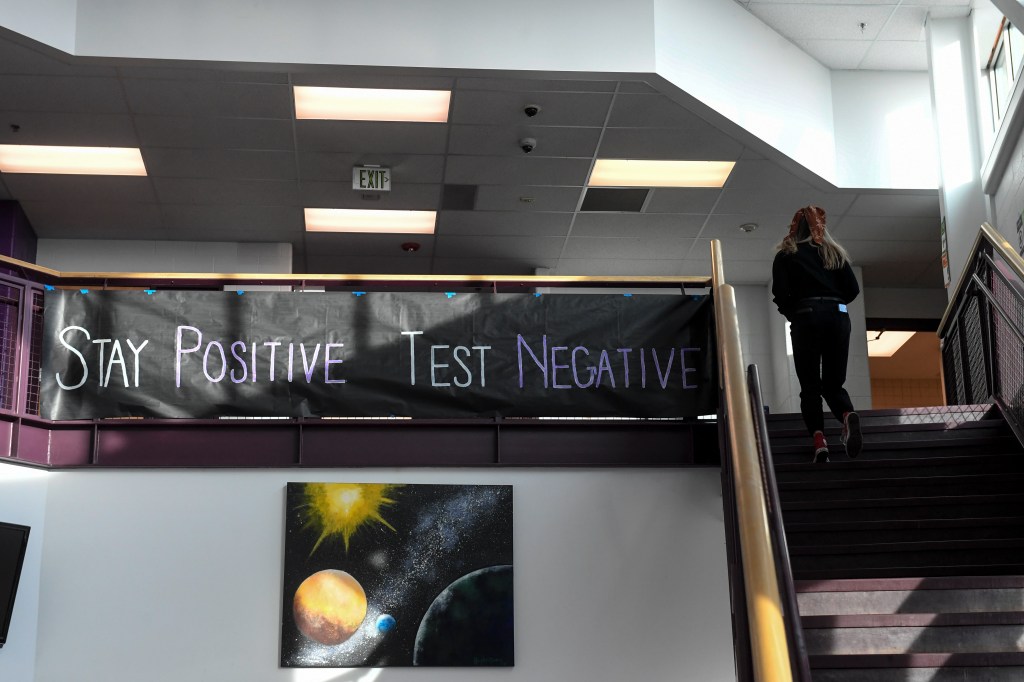 The Colorado Department of Public Health and Environment reported 613 people were hospitalized with confirmed or suspected COVID-19 as of Wednesday afternoon. That’s one fewer than the day before, but 100 more than a week earlier.

While any day when hospitalizations don’t increase may be welcome, it’s too early to see a pattern. They also were roughly level over the weekend, before jumping on Tuesday.

The seven-day average for new COVID-19 cases continued trending down Wednesday, while the percentage of tests coming back positive remained high, indicating the state isn’t detecting some infections.

The state health department reported 722 active outbreaks as of Wednesday. An outbreak is at least two coronavirus cases linked to the same location or event, and isn’t considered over until four weeks have passed with no new cases.

The settings with the biggest increases compared to last week were K-12 schools, with 18 more outbreaks; nursing homes, 13; manufacturing facilities and warehouses, seven; offices and restaurants, six each; and assisted living facilities, five.

Long-term care facilities reported 69 active outbreaks, with 52 of them found since April 1. Nursing home residents were among the first to be offered vaccines, but not everyone took the shot, and some unvaccinated people may have moved in since the mass vaccination efforts in late winter.

Staff in Colorado nursing homes were more likely to accept the vaccine than in many states, but about a quarter weren’t fully vaccinated as of March 31, according to a report from the Center for Public Integrity. That may explain the lopsided numbers in the April outbreaks, which have infected 103 staff members and 35 residents. Two of the infected residents have died, and it’s not known if they were vaccinated.

The vast majority of the 90 outbreaks in schools since April 1 also are small, though seven involve 20 or more cases. Teachers make up about 9% of cases, which is slightly lower than their share in previous outbreaks. About 75% of eligible teachers and child care workers had received their first shot as of early March, according to Chalkbeat Colorado, but it’s not clear what percentage are now fully vaccinated.

Join our Facebook group for the latest updates on coronavirus in Colorado.