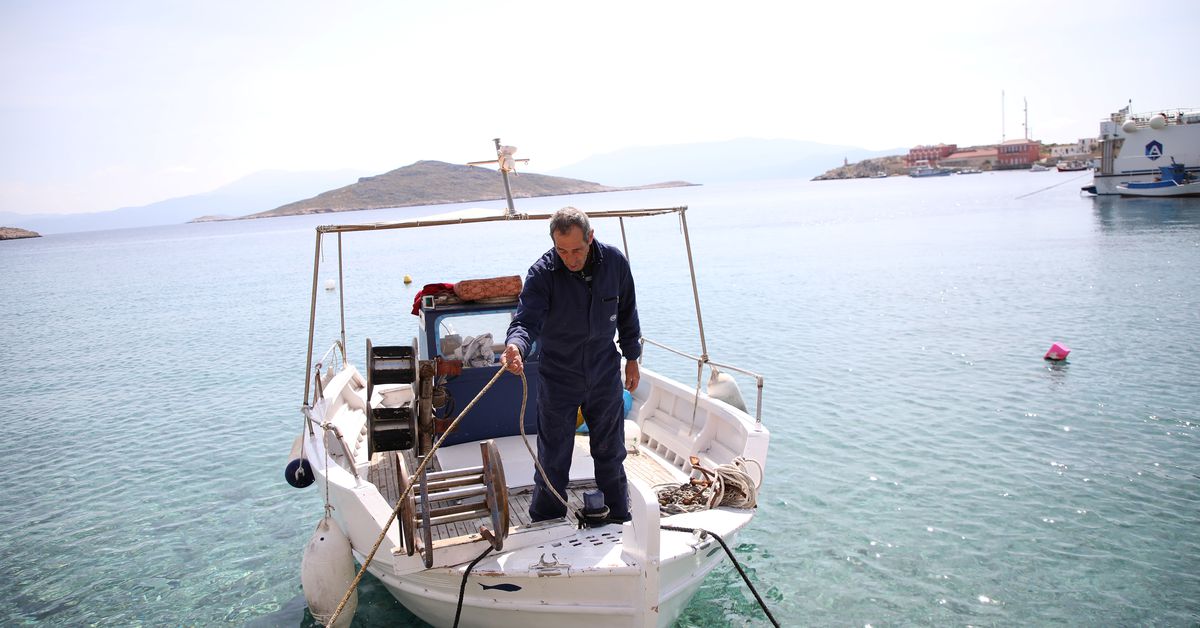 Alekos Sfyriou untangles his fishing line and counts the days until ferries bring visitors back to his sleepy Greek isle.

“All the small islands are waiting for tourists,” the 62-year-old fisherman says, slouched beneath a tree on the harbour. “They’ll eat the fish I catch.”

There have been no reported cases of COVID-19 on Halki, a tiny island closer to Turkey than Athens, where the only sound piercing a quiet April morning was the crowing of a rooster.

Nearly all of its 250 residents have been vaccinated against the virus, local authorities said, anticipating a resurgence of tourism, the economy’s lifeblood.

Residents on many far-flung islands scattered across the Aegean Sea, where populations are old and doctors scarce, have been inoculated as Greece rolls out vaccinations to islands with fewer than 10,000 inhabitants ahead of a formal opening of the tourism season on May 15.

“Greece is thinking big by vaccinating the small islands first, to make these secluded paradises safe,” said George Hatzimarkos, the governor of Greece’s most popular region, the south Aegean.

On Halki, with its postcard-perfect seafront town of pastel-coloured homes, a tourism season of six to eight months helps it get through the rough winter, Mayor Angelos Fragkakis said.

“Essentially, it’s our oxygen,” he said.

Despite the worst tourism year in decades for Greece in 2020, Halki enjoyed a good season with many Greeks choosing small island getaways.

But this year, as the number of new infections continues to rise, no one can say how the summer will unfold. Locals fear that without tourists, Halki’s handful of cafes and tavernas will struggle.

Yorgos Fragkakis, a retired seaman and the mayor’s father, said he could not recall such a testing time in his 74 years.

“We were stuck at home … We couldn’t even see the children because we weren’t vaccinated,” he said, referring to his granddaughters whom he took for a stroll.

“Now we feel relatively safe. I don’t know how long this will last… seeing my grandchildren,” he said.

In March, an army unit was brought in to assist with the vaccination task. Ageing residents were driven in a donated golf car up the steep and narrow cobbled streets leading to the health centre, which has one doctor.

“At first, there was some hesitation,” said Nikos Stogiannis, a nurse. “Then they discussed it amongst themselves and said, ‘come on, let’s get vaccinated.'”

Fragkakis said vaccines were “a godsend” for Halki but even before then, locals practiced social distancing and wore masks.

“If the virus came to us, we would have many problems.”