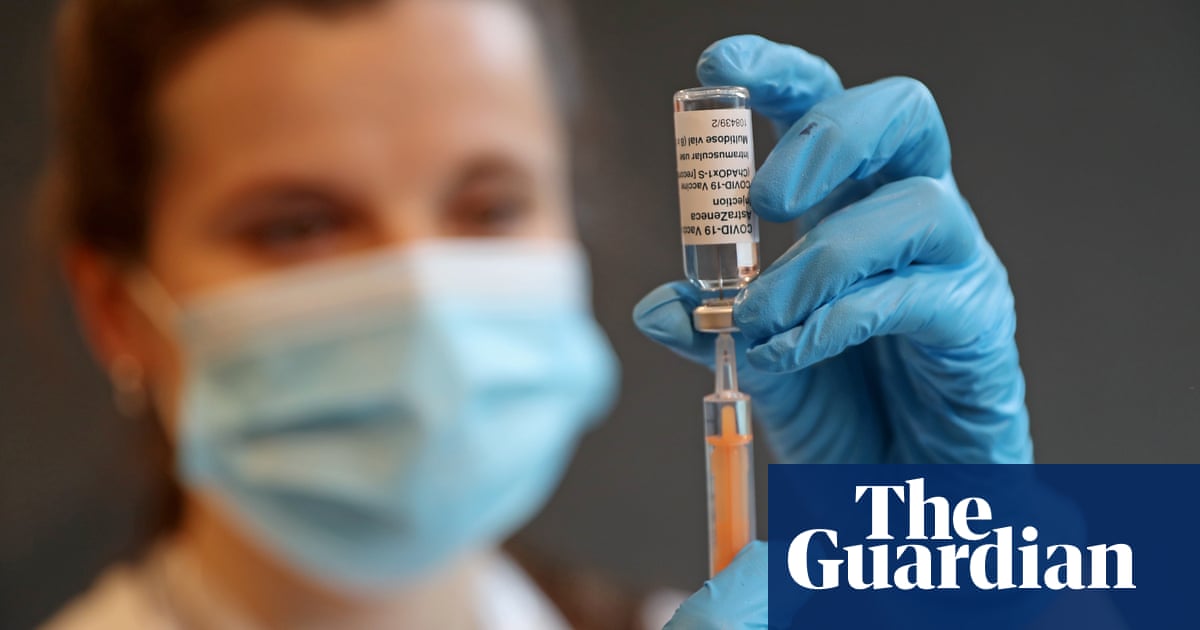 One shot of the Oxford/AstraZeneca or Pfizer/BioNTech vaccine reduces coronavirus infections by nearly two-thirds and protects older and more vulnerable people as much as younger, healthy individuals, a study has found.

The results from Oxford University and the Office for National Statistics are a welcome boost to the vaccination programme and the first to show the impact on new infections and immune responses in a large group of adults in the general population.

By driving down rates of infection the vaccines will not only prevent hospitalisations and deaths but help break chains of transmission and so reduce the risk of a damaging resurgence of disease as the UK reopens.

The researchers analysed Covid test results from more than 350,000 people in the UK between December and April. They found that 21 days after a first jab – the time it takes the immune system to mount a decent response – new Covid infections dropped by 65%.

The vaccines were more effective against symptomatic than asymptomatic infections, reducing rates by 72% and 57% respectively, compared with those seen in the unvaccinated population.

Scientists on the team said the findings supported the UK’s decision to prioritise giving first shots to elderly and more vulnerable people by delaying second doses. “There was no evidence that the vaccines were less effective among older adults or those with long-term health conditions,” said Dr Koen Pouwels, a researcher on the team.

The results, released in a preprint on Friday, are particularly important because they demonstrate the protective effect of the vaccines in the real world against the highly infectious and more lethal Kent variant, which was not around during the original clinical trials.

Further work by the team, reported in a second preprint, analysed antibody responses to the vaccines. Antibodies rose faster and to a higher level with one shot of Pfizer vaccine, but then dropped back down, particularly in older people, to a similar level reached with the Oxford shot. Although the immune responses differed, Dr David Eyre at Oxford’s Big Data Institute said a strong antibody response was achieved in 95% of people.

In younger people, one shot of vaccine raised antibodies to levels seen after infection with Covid, while in older people this took two doses. “Our findings highlight the importance of individuals getting the second vaccine for increased protection,” Eyre said.

The results build on other positive findings from the vaccine rollout, which began in December. In February Public Health Scotland revealed that a month after receiving a shot of Pfizer or Oxford/AstraZeneca vaccine, the risk of hospitalisation from Covid-19 fell by up to 85% and 94% respectively.

In a separate report released on Thursday, the ONS said that in recent weeks the percentage of people testing positive for coronavirus appeared to have levelled off, both in those who deal with patients and those who don’t. Adults and school-age children were having more contact with people outside their households as schools reopened and some restrictions eased, it added.

Sarah Crofts, a senior statistician at the ONS, said: “It’s good news that infection rates in both patient-facing and non-patient-facing job roles have remained low since decreasing from the start of the year, but it’s critical that we continue to monitor Covid-19 infection levels in these roles as more restrictions ease.”