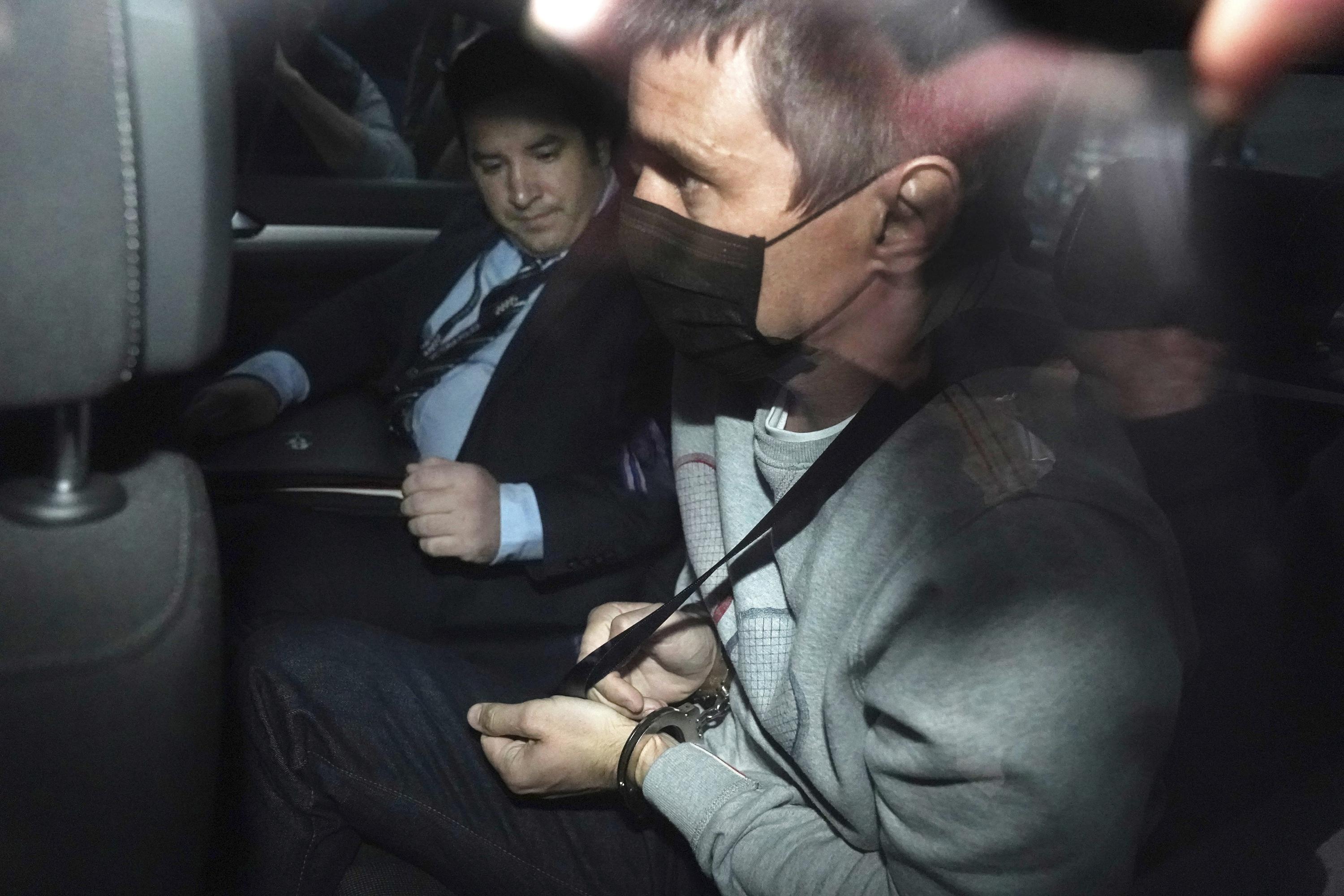 CANBERRA, Australia (AP) — A speeding driver in Australia was sentenced to 10 months in prison on Wednesday for offenses including what a judge described as the ”heartless, cruel and disgraceful” filming of four dead and dying police officers who had just been hit by a truck on a freeway.

Richard Pusey, a 42-year-old mortgage broker, had earlier pleaded guilty in the Victoria state County Court to a rarely-prosecuted charge of outraging public decency over his commentary in crash scene videos shot with his phone. It was the first time the charge had been prosecuted in the state since 1963.

The most serious charge he admitted was reckless conduct endangering persons, which carries a potential maximum of five years in prison.

Judge Trevor Wraight sentenced Pusey to 10 months in prison, backdated to when he was taken into custody 296 days ago.

Police had pulled Pusey over for driving his Porsche at 149 kilometers (93 miles) per hour on Melbourne’s Eastern Freeway in April last year.

Police were considering impounding the sports car because Pusey had far exceeded the 100 kph (62 mph) speed limit when a truck crashed into the officers, Porche and two police cars in an emergency stopping lane.

Pusey, who avoided injury because he had been urinating behind roadside bushes at the time, did not help but instead filmed the scene.

“I think everyone got cleaned up,” Pusey said. “I guess I’ll be getting a … Uber home, huh.”

When one of five bystanders who came to the aid of the stricken officers asked Pusey to help, he replied: “They’re dead,” and continued filming.

“Your conduct … was heartless, cruel and disgraceful,” the judge said.

Wraight told Pusey that ongoing media coverage of the case showed that the “public has demonized you.”

The judge said while Pusey’s personality disorder might go some way to explain his behavior, it was a serious case of conduct that outraged public decency.

Stuart Schulze, whose wife Lynette Taylor was one of the officers killed, described the sentence as “too lenient” and “totally inappropriate.”

“Each and every one of us will face our mortality one day. When his day comes, I hope that he faces the same coldness and the same callousness with which he provided my members when they faced theirs,” Gatt told reporters, referring to the police union members killed.

Pusey had also pleaded guilty to speeding offences and possessing the illicit drug ecstasy, which he tested positive to using along with cannabis in roadside saliva testing after he was pulled over. He was fined 1,000 Australian dollars ($773) and was disqualified from driving for two years.

While his sentence is almost completed, he is likely to remain in custody for unrelated charges.

Two weeks ago, Mohinder Singh, the truck driver who killed the four officers, was sentenced to 22 years in prison.

He had been drug-effected and sleep-deprived when he struck the officers and pleaded guilty to four counts of culpable driving causing death, three charges of drug trafficking and one of possessing illicit drugs.