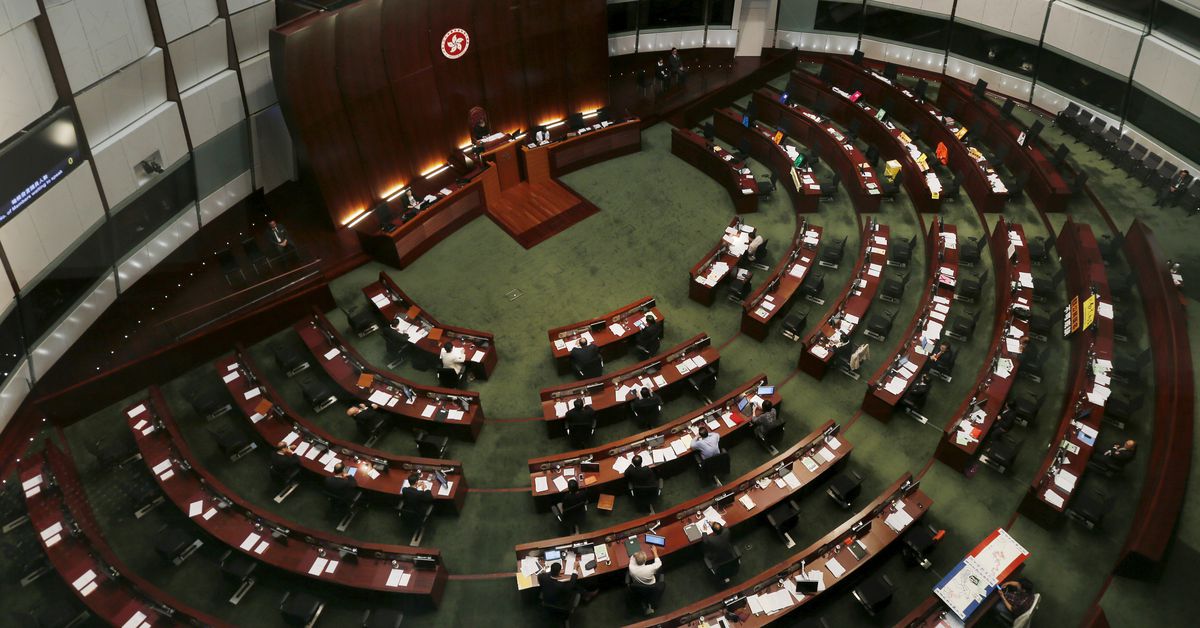 Hong Kong’s legislature is set to discuss a controversial immigration bill, which lawyers, diplomats and right groups fear will give authorities unlimited powers to prevent residents and others from entering or leaving the Chinese-ruled city.

The government has dismissed those fears as “complete nonsense,” saying the bill merely aims to screen illegal immigrants at source amid a backlog of asylum applications and does not affect constitutional rights of free movement.

Its assurances, however, come in a climate of distrust after an increasingly authoritarian path officials have adopted following Beijing’s imposition of a sweeping national security law last year.

The bill comes for a second reading in the Legislative Council, or LegCo, and may be passed later on Wednesday. The government faces no opposition following mass resignations last year in protest to the expulsion of some democratic lawmakers.

“What is concerning is that in hastily pushing this bill forward, the government has chosen to ignore civil society groups that have flagged legitimate concerns,” said Michael Vidler, a lawyer with Vidler & Co Solicitors.

“Because there is also no opposition in LegCo, the effective legislative oversight which helps prevent the government from falling into error, is also absent.”

Lawyers say the bill empowers authorities to bar anyone, without a court order, from entering or leaving Hong Kong – essentially opening the door for mainland China-style exit bans – and fails to prevent indefinite detention for refugees.

The Hong Kong Bar Association (HKBA) said in February the bill offered no explanation of why such powers were necessary, how they would be used and provided no limit on the duration of any travel ban, nor any safeguards against abuse.

The Security Bureau said the law would be applied only to inbound flights and target illegal immigrants, expressing disappointment at the “unnecessary misunderstanding” caused by HKBA. In response, HKBA urged the government to include those limitations in the bill.