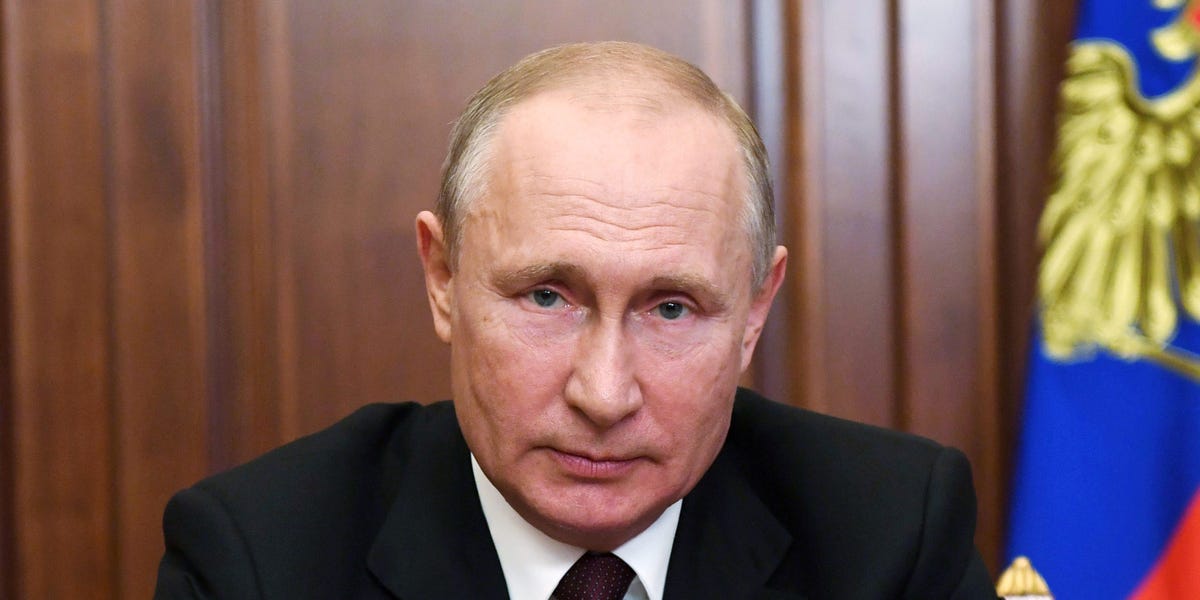 Moscow was surprised by the Czech government’s aggressive response to the discovery of Russian intelligence agents operating in the European republic, a NATO military-intelligence official told Insider.

The Czech response — a mass expulsion of  63 Russian “diplomats” and the repeated exposure of one of Russia’s clumsier assassination squads — now threatens billions in economic investment between the two countries.

Russia has invested aggressively in Czechia in the hope that the country would turn a blind eye to the spying and political-killing operations it staged out of Prague, the Czechia capital, our source— who agreed to speak candidly in exchange for anonymity — hinted.

But the Czechia government may have run out of patience with Unit 29155, the notorious Russian assassination squad that has acted largely unfettered across Europe for several years.

A series of poisonings and assassinations

Investigators in Czechia and Bulgaria have repeatedly found suspicious cases they allege are linked to Unit 29155. The Russian military-intelligence unit is suspected in a series of nerve-agent poisonings, assassinations, and arms-depot explosions across Europe and the UK. Authorities have also monitored the recruitment of fighters to work alongside pro-Russian separatists in eastern Ukraine.

“It’s turning into a bit of a cascade of incidents that appear to be linked as everyone around Europe begins to publicly compare notes about the movements of these Russian operators,” the Brussels-based NATO official told Insider.

Its activities have been extensive.

Bulgaria reveals Russian links to a series of explosions

It has been linked to three nerve-agent poisonings in the UK and Bulgaria, a daylight assassination in Berlin, two explosions at a Czechia weapons depot, and — Bulgarian prosecutors alleged on Wednesday — at least five other explosions at Bulgarian arms depots.

The Bulgarian blasts struck five facilities in 2014 and 2015, which were storing weapons that prosecutors said were headed to Russia’s rivals in Ukraine or Georgia. There was a sixth incident involving a fire that destroyed the office where the evidence collected in the investigation of the five blasts was being kept.

Unit 29155 is also suspected of poisoning the Bulgarian arms dealer Emilian Gebrev on two separate occasions in 2015, according to Bulgarian and Czechia prosecutors.

Open-source investigators at Bellingcat and the Russian independent media outlet The Insider (not connected to Insider Inc.) have long used Russian government databases easily acquired on the black market to help track the considerable bureaucratic trail left behind by the Russian intelligence operatives.

The same investigators linked GRU officials to the poisoning last year of the Russian opposition figure Alexei Navalny with the same nerve agent used in Bulgaria and Salisbury, England.

The multiple investigations show that the suspects in the Salisbury attacks on Sergei Skripal in the UK also seem to be the suspects seen using fake passports while requesting access to facilities in Czechia at the time of the blasts.

Russia thought it was insulated from blowback

“The Russians expected their extensive spending in Czechia would insulate them from blowback for this operation, which in their eyes was directed at Ukraine and Georgia not the Czechs,” the official said, referring to an offer to invest billions in a nuclear-power program.

Czechia is a popular tourist destination for Russian citizens and a considerable market for Russian raw-material imports. But those ties have cooled since Czechia began participating with the European Union and NATO imposed sanctions on Russia related to Ukraine.

Russia’s pursuit of large infrastructure projects in central Europe was immediately damaged by the spat after Russian companies were disinvited to bid on a nuclear-facility project. Russia has been threatened with further bans on bidding on even larger projects.

The official said Ukraine had long complained to Czechia and NATO about Russia’s use of the embassy in Prague. It has been considered valuable for Russia because of its location inside the European Union but is far enough eastward to also be a staging ground for pro-Russian nationalist fighters and Orthodox Christian radicals leaving the EU to fight in Ukraine.

Hundreds, if not thousands, of irregular foreign fighters have shown up on both sides of the conflict in the Donbass region.

A week after the Czechs expelled 18 Russian diplomats over the blasts, Russia responded by ejecting 20 Czech diplomats.

Czechia then announced a permanent downsizing of the Russian mission to Czechia to make it the same size as Czechia’s smaller mission in Moscow, a reduction of 63 diplomats in total. Both missions are now theoretically staffed by only five diplomats and 19 workers.

While authorities did not specifically identify the 63 Russians as intelligence operatives — as they had done with the first 18 — the Czechs said smaller diplomatic missions would mean fewer jobs could be taken by intelligence officers working under diplomatic cover.

Russia has yet to respond to the 63 expulsions from Czechia.

Czechia has begun arresting fighters who want to go to Ukraine

Local security officials also made more than a dozen arrests of Czech citizens involved in recruiting fighters for the Russian side in Ukraine. The most high-profile arrest was Ivan Hadrava, a top Orthodox priest in the church for Czechia and Slovakia.

Future Russian investment in Czechia may yet win back the government, our source said.

“Long term, that might be the case but in the short term, the Czechs are chasing down a bunch of ‘useful idiots’ that were using the Russia embassy in Czech as a staging ground for sending Nazis and other right-wing guys to fight in Donbass.”