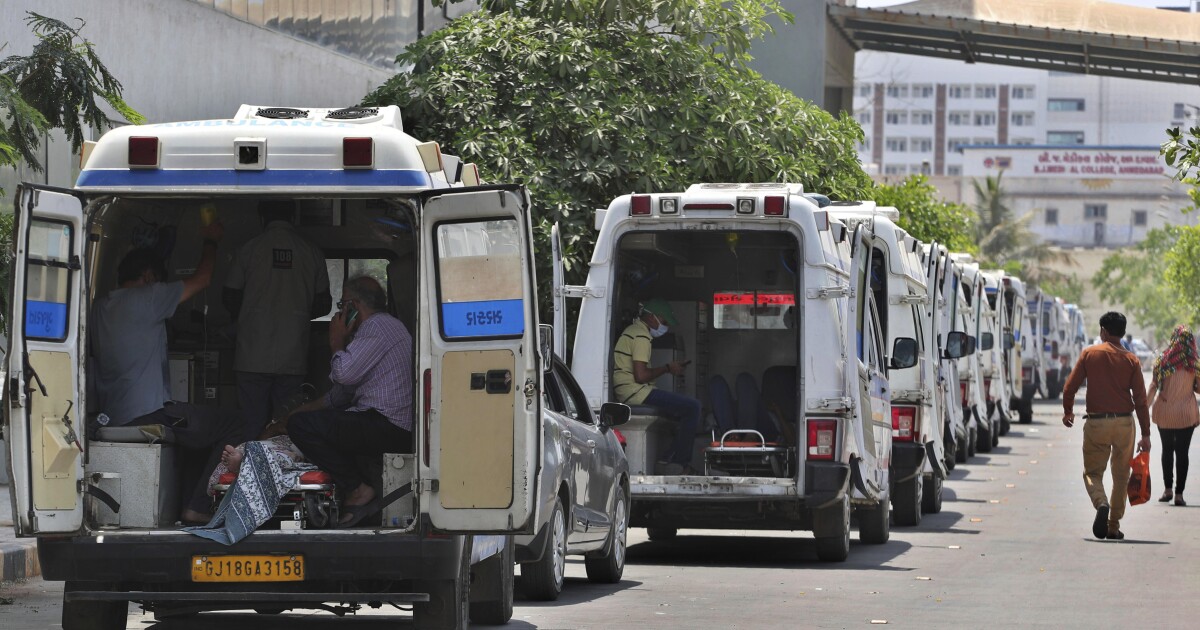 It is humbling when a writer must retract his words. Less than two months ago, after India rushed millions of doses of COVID-19 vaccines to more than 60 countries, I praised the country’s “vaccine diplomacy.” India’s aspirations to be recognized as a global power had been given a real boost. But now, with more than 300,000 new cases a day and the death toll very likely much higher than reported, India is no one’s idea of a global leader.

I was worried then that India had exported three times as many vaccines as it had administered domestically. The country was clearly lagging behind its own target of immunizing 400 million people by August, after vaccinating some 3 million healthcare workers in a campaign that began only on Jan. 16.

But at the time, I did not realize the scale of the challenge. The number of infections surpassed 17 million in recent days, and the official death toll now exceeds 190,000. Hospital beds are now overflowing, oxygen supplies have dwindled, vaccination centers have run out of doses and pharmacies are unable to meet the demand for antivirals. India is reeling.

How did everything go so wrong so soon after India recovered from the first wave of the pandemic last year, resumed normal life and economic activity, and started exporting vaccines? The list of errors is long.

Begin with symbolism over substance. Superstition and Hindu nationalism were enlisted in the fight against COVID-19. Prime Minister Narendra Modi claimed India would win the war against the coronavirus in 21 days, as the epic Mahabharata War was won in 18 days.

Another error was ignoring the World Health Organization’s advice. From the start of the crisis, the WHO recommended testing, contact tracing, isolation and treatment. While a handful of states, like Kerala, which recorded India’s first COVID-19 case on Jan. 30, 2020, initially carried out such measures successfully, the Modi government’s ham-handed response resulted in uneven implementation in several states.

Then there was over-centralization. From the first nationwide lockdown, announced by Modi in March 2020 with less than four hours’ notice, the central government managed the pandemic under obscure provisions of the Epidemic Diseases Act and the Disaster Management Act, which allowed it to ride roughshod over India’s federal structure. Instead of delegating to India’s 28 state governments the authority to design strategies tailored to local conditions, the central government tried to manage COVID-19 by decree from Delhi, with calamitous results.

No surprise, the initial lockdown was mismanaged. State governments, the public and even central government officials were caught unprepared. Chaos resulted, with some 30 million migrant workers, stranded without work in cities, forced to walk home, sometimes for days. Some 5 million micro and small enterprises closed, unable to recover from the shutdown. India’s unemployment reached the highest levels ever recorded.

As the crisis began to slip out of control, the central government, following then-President Trump’s approach, passed off more and more responsibilities to state governments, without adequate funding. The state governments struggled to mobilize doctors, nurses, health workers, testing kits, personal protective equipment, hospital beds, ventilators, oxygen cylinders and medicines to fight the pandemic. The government mobilized a huge amount of funds for a new relief entity called “PM CARES,” but to this day there is no public accounting of how much money is in that fund and where the resources have been allocated.

When the first surge waned, the authorities became complacent, taking no precautions or preventive measures against a possible second wave that many warned could be worse than the first. Testing, tracking and isolation of infected people and their contacts fell rapidly into disuse by the end of 2020. And just when people stopped following appropriate behavioral guidelines, infectious variants of the virus began to take hold. Superspreader events proliferated: Election rallies and religious festivals packed together unmasked throngs. The contagion raged.

Although India produces 60% of all the vaccines sold globally, the government took no steps to scale up production of the two COVID-19 vaccines cleared for manufacture in the country. Nor did it permit the import of foreign vaccines, help expand available manufacturing facilities or license other Indian firms to produce doses. India launched its vaccination drive nearly two months after Britain; by April, only 37% of health workers, and barely 1.3% of India’s 1.4 billion people, had been fully vaccinated. Only 8% had received at least one vaccine shot.

Here, too, the authorities initially bet on centralization, and their refusal to grant emergency-use approval to vaccines from abroad led to a nationwide shortage of vaccines. It was only in mid-April that the government delegated the vaccine rollout to state governments and public and private hospitals and permitted the import of vaccines approved by the U.S., Britain, the European Union, Russia and Japan. Even then, the central government failed to distribute vaccines equitably to the various states, including the worst-hit places.

Like India’s government, I was premature in congratulating the country on its vaccine diplomacy. At a time when Indians were unable to access the vaccines that might have protected them, India’s “Vaccine Maitri” program was not smart, but hubristic. Global leadership must begin at home, and today home is a country whose mortuaries, graveyards and crematoria are running out of space.