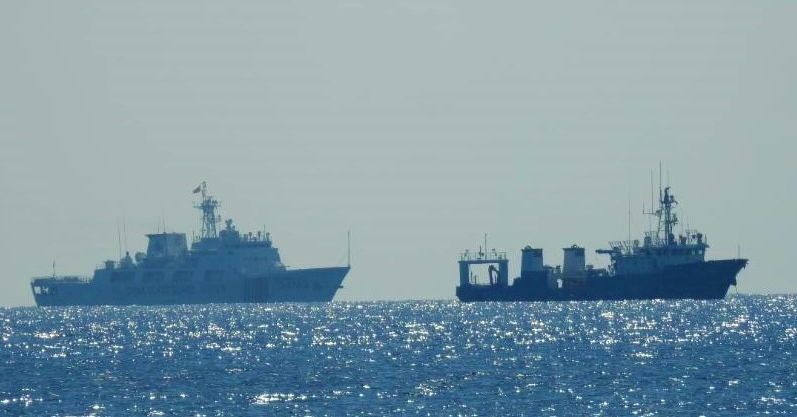 China has no business telling the Philippines what it can or cannot do within its waters, Manila’s defence ministry said on Wednesday, rejecting Beijing’s opposition to its ongoing coastguard exercises.

Philippines Defence Secretary Delfin Lorenzana told reporters China has “no authority or legal basis to prevent us from conducting these exercises” in the South China Sea because “their claims… have no basis.”

China claims almost the entire South China Sea, where about $3 trillion worth of ship-borne trade passes each year. In 2016, an arbitral tribunal in The Hague rule that claim, which China bases on its old maps, is inconsistent with international law.

The Philippine coastguard and fisheries bureau started maritime exercises on Saturday inside the country’s 200-mile Exclusive Economic Zone (EEZ), following an announcement of a boosting of its presence to counter the “threatening” presence of Chinese boats.

Responding to the exercises, China’s foreign ministry on Monday said the Philippines should “stop actions complicating the situation and escalating disputes.”

The Philippine defence ministry in a statement responded saying: “China has no business telling the Philippines what it can and cannot do.”

The Philippines has taken a tough tone in recent weeks over the lingering presence of hundreds of Chinese boats in its EEZ, reviving tensions that had eased due to President Rodrigo Duterte embrace of Beijing.

On Wednesday, Foreign Secretary Teodoro Locsin ordered the filing of another diplomatic protest, one of more than a dozen recently, this time over China’s rebuke.

“They can say what they want from the Chinese mainland; we continue to assert from our waters by right of international law what we won in The Hague. But we must not fail to protest,” Locsin said in a Tweet.

The exercises took place near a Philippine-held island in the disputed Spratly archipelago and at the heavily contested Scarborough Shoal, which the tribunal in 2016 said was a traditional fishing spot for several countries.

Lorenzana said it was China that was complicating matters by illegally occupying reefs it turned into artificial islands.

“It is they who are encroaching and should desist and leave,” he said.