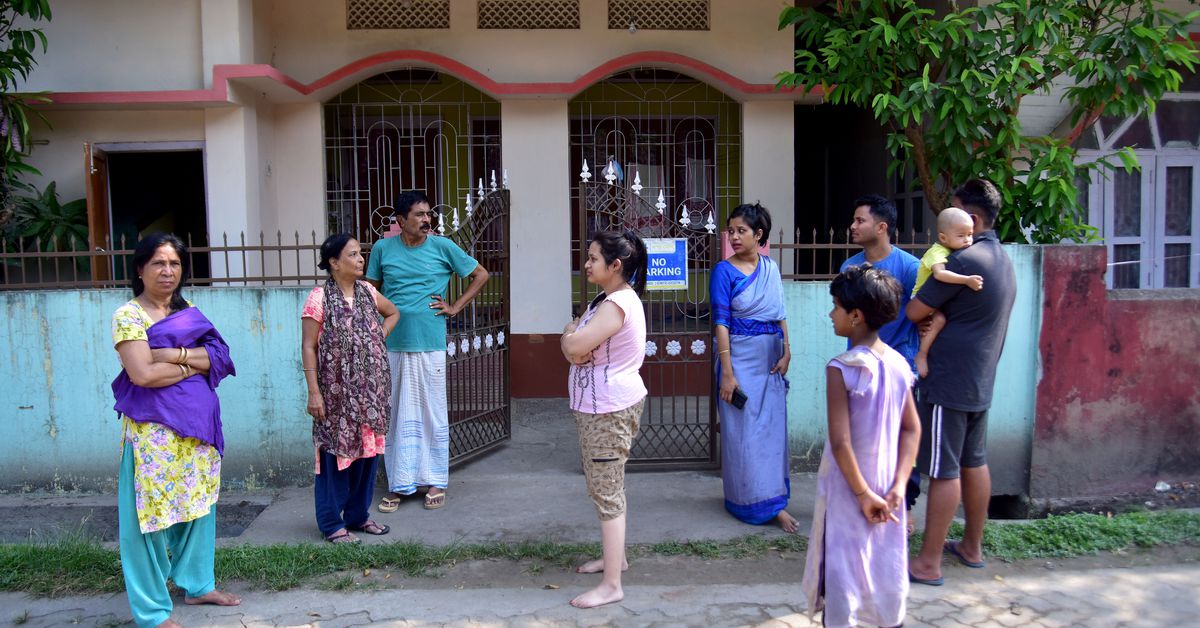 Residents are seen after vacating their houses following an earthquake in Nagaon district in the northeastern state of Assam, India, April 28, 2021. REUTERS/Anuwar Hazarika

An earthquake of magnitude 6 struck India’s rugged northeastern state of Assam on Wednesday, causing cracks in the walls and floors of some structures, but no immediate casualties were reported.

The quake hit at a depth of 34 km (21 miles) near the town of Dhekiajuli, 140 km (86 miles) north of the main city of Guwahati, the United States Geological Survey said.

“This earthquake was the biggest I can remember, there was first a big jolt and then a smaller one,” said a police official in the town. “We did not receive any distress calls, but people did run out of their homes.”

People streamed into the streets for fear of fresh tremors, with some saying the quake left cracks in their homes.

“Our entire multi-storied apartment has witnessed massive damage with roofs and walls caving in,” said Subham Hazarika, a businessman living in an upmarket apartment in Guwahati. “Luckily no one got injured.”

“We don’t have reports of any casualties but we are seeing images and visuals of extensive damage,” Health Minister Himanta Biswa Sarma told Reuters.

Earlier, the European Mediterranean Seismological Centre (EMSC) had put the quake’s magnitude at 6.2.

India’s disaster management officials were assessing reports of destruction and casualties, said one of the officials, who sought anonymity.

“I pray for the well-being of all and urge everyone to stay alert,” Chief Minister Sarbananda Sonowal told Reuters television partner ANI.