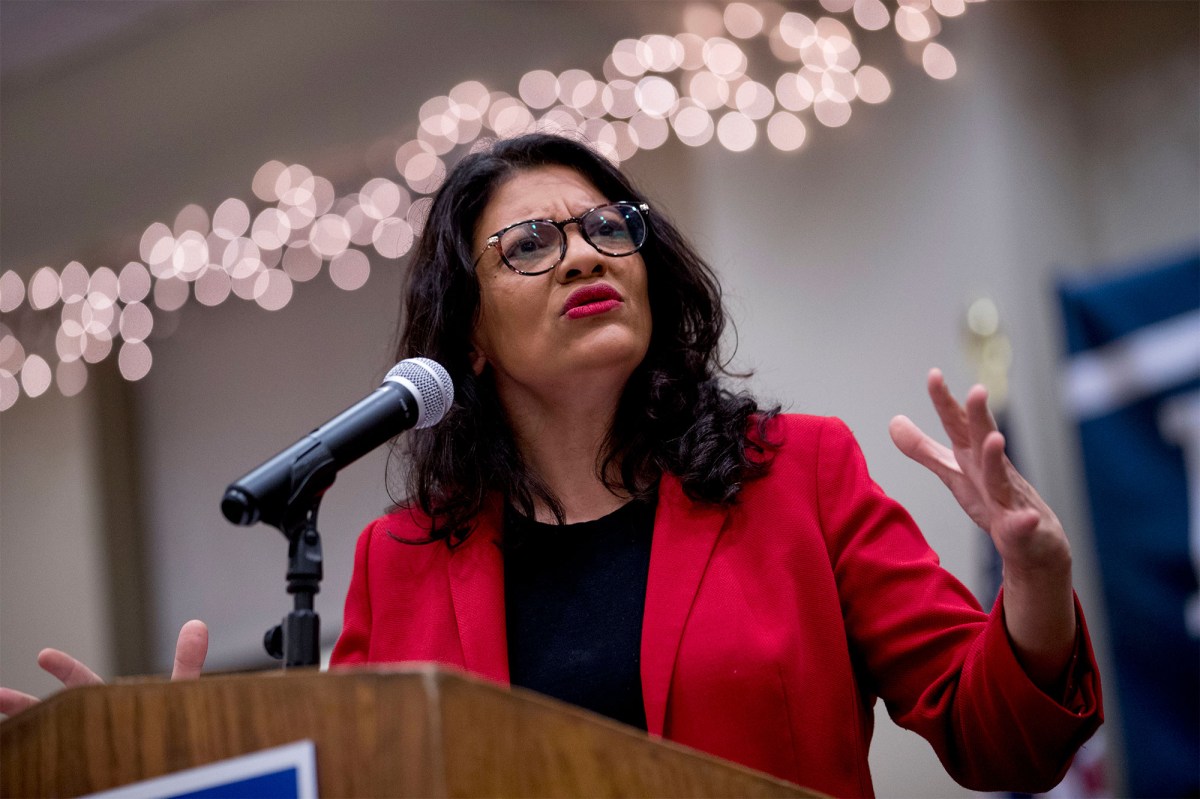 Hamas is once again launching rockets into Israel and promoting a viral social-media campaign encouraging violent assaults against Jews in the streets. And once again, a member of the congressional “Squad” thinks she has found the true culprit: the Jewish state.

Rep. Rashida Tlaib (D-Mich.) accused Israel of encouraging hate crimes against Palestinians, tweeting: “During the holy month of Ramadan, Palestinians are met w/ mobs of Israeli settlers calling on [sic] the ‘death of Arabs!’ The anti-Palestinian violence was not stopped by the Israeli [government]. These acts of hate is [sic] what colleagues need to see when I say Palestinians deserve human dignity.”

Rep. Tlaib of course has the right to weigh in on these issues, but as a public figure and a leading voice on the American left, she has a responsibility to get the story straight. Here’s what really happened.

At the beginning of the month of Ramadan, the local Jerusalem police announced a policy barring Palestinians from sitting on the steps of the Nablus Gate, which leads to the Al-Aqsa Mosque. This was done to keep the path clear for Muslims going to pray in one of their holiest sites.

In response, Hamas released a statement warning that “Al-Aqsa is in danger” — manufactured nonsense designed to garner support for the terror outfit ahead of upcoming elections.

On Friday, Hamas escalated tensions by firing 36 rockets into villages and cities in the south of Israel. At the same time, Palestinian youths began sharing videos on TikTok showing them attacking Orthodox Jews in Jerusalem.

This evolved into a violent version of a “TikTok Challenge”: Instead of dumping ice on their heads or drinking a gallon of water, the participants in these videos throw food and drink at Jews and even severely beat them. The Israeli public demanded that the police curb this violence. The police made arrests, taking into custody about 50 perpetrators.

Tlaib and her allies, of course, didn’t publicize this backstory or these videos.

Sadly, a far-right Jewish group called LEHAVA also took advantage of the situation. These extremists, rightly condemned by the majority of Israelis as aggressive racists, took to the streets, chanting “Death to Arabs.”

This was and is inexcusable. But LEHAVA’s conduct is no more representative of Israel as a whole than the racist fanatics who marched in Charlottesville, Va., in 2017 are of America. LEHAVA has only a few thousand registered members out of Israel’s population of 9 million, and only a few hundred protested. The mainstream right routinely condemns the group.

Contrary to Tlaib’s claim that “the violence was not stopped by” the government, a strong police force was present at the LEHAVA protest to curb potential violence, according to The New York Times, a paper not exactly known for its sympathy for the Jewish state.

Police arrested both Israeli and Palestinian agitators, though most of the detained were Jews from West Jerusalem. Plus, Israeli security forces created a buffer on both Thursday and Friday night in an attempt to isolate the two warring camps.

LEHAVA staged an unjustifiable, indefensibly racist demonstration. However, in all the coverage up to that point, I didn’t see a single outraged post or tweet by the Squad or other left-wing heroes condemning Hamas or the many live-streamed hate-crime attacks against Israeli Jews.

The hypocrisy, the double standards, the constant instinct to blame only one side in a complex and nuanced cycle of cause and effect — these amount to dangerous propaganda with immediate and lasting repercussions.

Tlaib and her fellow activists, especially those who hold elected office, should broaden their frame to get the full picture of what’s going on in Israel and the wider region. If they had done so, they might have seen that while a fringe group was representing the worst of Israeli society, another group of Arabs and Jews led by the organization Peace Now were marching jointly in Jerusalem, calling for calm.

Noa Tishby is an Israeli-American author, producer, actor and activist. She is the author of “Israel: A Simple Guide to the Most Misunderstood Country on Earth” (Simon & Schuster).

Sorgente articolo:
A member of ‘The Squad’ is slandering the Jewish state — again – New York Post