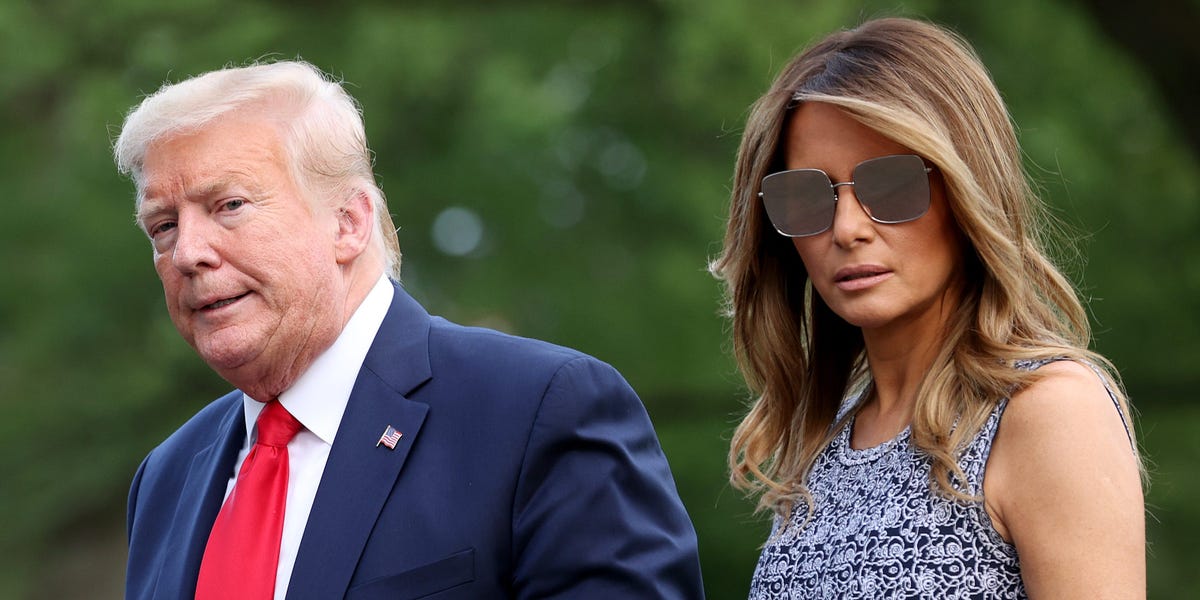 More than 40,000 people have signed a petition calling for First Lady Jill Biden and Second Gentleman Doug Emhoff to undo changes made to the White House Rose Garden by the previous First Lady Melania Trump.

The petition, which was published on change.org, called on the pair to restore changes made to the garden by Melania Trump which she unveiled in August last year.

The garden has frequently been used by presidents including Trump and Biden to make addresses and speeches, and was the site of a notorious super-spreader event last year where multiple members of the Trump administration appeared to become infected with the coronavirus.

The petition said: “In 2019, Melania Trump had the cherry trees, a gift from Japan, removed as well as the rest of the foliage and replaced with a boring tribute to herself.

“Jackie’s legacy was ripped away from Americans who remembered all that the Kennedy’s [sic] meant to us.

“We want Jill Biden and Doug Emhoff to take this on and restore the Rose Garden to Jackie’s original design.”

Jackie Kennedy oversaw a major renovation of the White House Rose Garden which was finished in 1962 and Melania Trump introduced significant changes to its design in August last year.

The Trump White House said in a statement in July last year that the redesign would return the Rose Garden to its 1962 footprint.

But the changes were ultimately criticized because some of the colorful flowers that had previously been in place were removed. The decision to remove ten crabapple trees, which the petition wrongly described as cherry trees, was also criticized.

The White House said the trees had not been destroyed but would be replanted elsewhere on White House grounds.

Some of the widely circulated critical claims about Trump’s garden redesign were false, Reuters reported.

Sorgente articolo:
A petition is calling for Jill Biden to undo all of Melania Trump’s changes to the White House Rose Garden – Business Insider