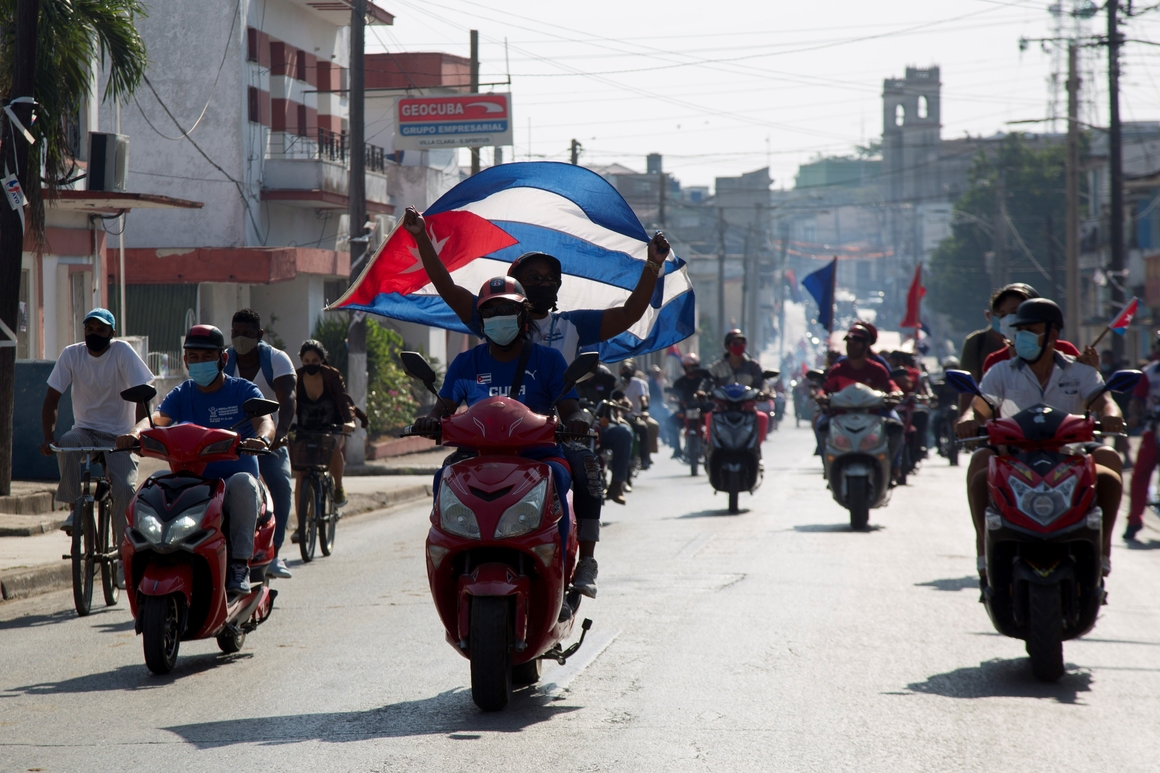 As Biden marks his first 100 days as president later this week, some of his foreign policy goals are proving trickier to reach in part due to moves by Trump, many of which took place in the waning days of the outgoing administration. As a result, Trump has managed to hamstring the new president on multiple fronts, from Cuba policy to refugee admissions to negotiations with Iran.

Trump is hardly the first president to try to cement his legacy with a flurry of last-minute actions. Still, when a president tries to handcuff his successor, that can feed into the notion that U.S. foreign policy is inherently unstable, damaging America’s global reputation in the long run, former U.S. officials and analysts say.

“This perceived instability or changeability of American foreign policy from one administration to the next means that foreign countries, including allies, feel like they need to discount American policies and promises and hedge their bets on the United States,” said Michael Singh, a former George W. Bush administration official now with the Washington Institute for Near East Policy. “And the more politically polarized we are at home, the more this tendency grows overseas, and it’s tough and costly to reverse.”

Many of the decisions made by the Trump administration, such as ramping up pressure on Iran or China, were done so publicly, with Trump aides insisting that the reasons were purely in the national interest. As a result, Biden administration officials prepared themselves for a difficult obstacle course.

Yet, many of those same officials privately say they have been surprised by the number and spread of political landmines Trump left behind. The Trump moves have made it much harder for Biden and his team to, as they put it, “build back better.”

Earlier this month, the Biden administration took a public relations hit as it see-sawed over how many refugees it would admit to the United States. The administration, which earlier promised to admit up to 62,500 refugees through this fiscal year — with the goal of eventually reaching an annual cap of 125,000 — said it would stick to the Trump-era goal of 15,000, before a backlash from progressives forced it to reverse itself and promise a yet-to-be-unveiled higher figure.

Activists question whether Trump is directly to blame for what refugee ceiling the Biden administration chooses. The White House, after all, also was concerned about the political optics of letting in refugees as it struggles to deal with a growing number of asylum seekers at the U.S. border with Mexico, even though the refugee and asylum programs are different.

But none doubt that the refugee admissions system was essentially leveled under Trump, leaving Biden aides with a Herculean rebuilding task. It’s a mission that will cover everything from hiring new staff to finding new locations for offices closed under Trump to addressing the root causes of migration from places like Central America.

The reality, many activists acknowledge, is that no matter the target figure of refugee admissions, it will be a long time before the Biden administration can actually admit that many people.

“It’s definitely going to take more than 100 days,” said Becca Heller, executive director of the International Refugee Assistance Project. She added that rebuilding America’s reputation as a “beacon for other countries on what meaningful refugee protection looks like” could be the most challenging task of all for Biden given the often-false claims Trump made about dangers that refugees posed.

Progressive activists in particular have been unhappy with Biden’s failure to rejoin the Iran nuclear deal within these first three months. To some extent, however, the Trump administration complicated Biden’s plans.

Trump campaigned on the idea that the nuclear deal with Iran was bad news, and he abandoned it in 2018. In doing so, he reimposed nuclear-related sanctions on Iran that had been lifted by the deal. But he also added numerous new economic sanctions on Iran, many of which were categorized as targeting Iran over issues not related to its nuclear program, such as its support for terrorism or abuse of human rights. In his final months on the job, Pompeo seemed to delight in announcing new penalties directed at Iran’s Islamist regime.

As Biden administration negotiators are looking at ways to rejoin the deal, unwinding that thicket of sanctions is proving a major stumbling block.

Iranian officials have argued that all of the Trump-era sanctions must be lifted. U.S. officials say that’s not going to happen because many were legitimately imposed over concerns unrelated to Iran’s nuclear program.

The Biden team, however, suspects that Trump aides misleadingly labeled some sanctions to make it harder to lift them and thus prevent a return to the deal. (Some former Trump administration officials have taken to Twitter and other forums to deny any of the sanctions were inappropriately categorized.)

A senior State Department official recently told reporters that trying to nail down the origin and intent of each sanction imposed during the Trump years is “difficult work.”

People who have worked with Biden say he’s always been attuned to the politics of the decisions he makes and that that hasn’t changed since he’s become president. Many of the decisions he’s made, or not made, partly reflect his awareness of how they would play politically and his sense that other issues need to be prioritized.

Given that he’s dealing with the coronavirus pandemic, the resulting economic damage and the challenge posed by a rising China — itself a major and highly complicated foreign policy inheritance — other issues may not seem worth the immediate expenditure of political capital. The fact that the Senate is split 50-50 between Republicans and Democrats also stays his hand to some extent.

Combine those factors with the political hurdles left behind by the Trump team, and Biden appears nowhere near ready to make any major moves on issues like Cuba.

It was during Barack Obama’s presidency, when Biden was vice president, that the U.S. re-established diplomatic ties with Cuba after a break of more than 50 years. Obama removed Cuba from the terrorism sponsors list and took numerous other steps to increase trade and travel with the Communist-led country.

Trump reversed nearly everything Obama did, and in several ways went even further than many of his White House predecessors in cracking down on Cuba, although he did not sever diplomatic relations. One decision Trump made in the run-up to the November 2020 presidential election severely restricted the ability of people in the Cuban diaspora to send money to relatives on the island — what are known as remittances.

Advocates of engaging the regime in Havana said Trump’s moves, including post-election ones such as returning Cuba to the state sponsors of terrorism list, were really about U.S. politics, not foreign policy. Issues related to Cuba resonate in particular in Florida, a swing state that is home to many Cuban exiles with hardline views on the Cuban regime. Trump won Florida in 2020, and Republicans hope to turn it solidly red in the coming years.

“There was no factual basis to merit the (terrorism) designation that the public is aware of,” said Ricardo Herrero, executive director of the Cuba Study Group. “It was designed to hamstring the Biden administration and set the stage for the next election in Florida.”

Cuba watchers in touch with the Biden administration say they’ve been told that the Cuba policy is under review but that other issues are simply more important right now. Wait too long to make major moves related to Cuba, however, and the Biden team will run into the campaign season for the 2022 midterms, with Republicans eager to paint the president and other Democrats as soft on communism and socialism.

“I don’t know when they’re going to have a good moment on Cuba,” John Kavulich, president of the nonpartisan U.S.-Cuba Trade and Economic Council, said of Biden and his aides. “I don’t think they know, and I don’t think anyone knows. And anyone who says they know, doesn’t know.”