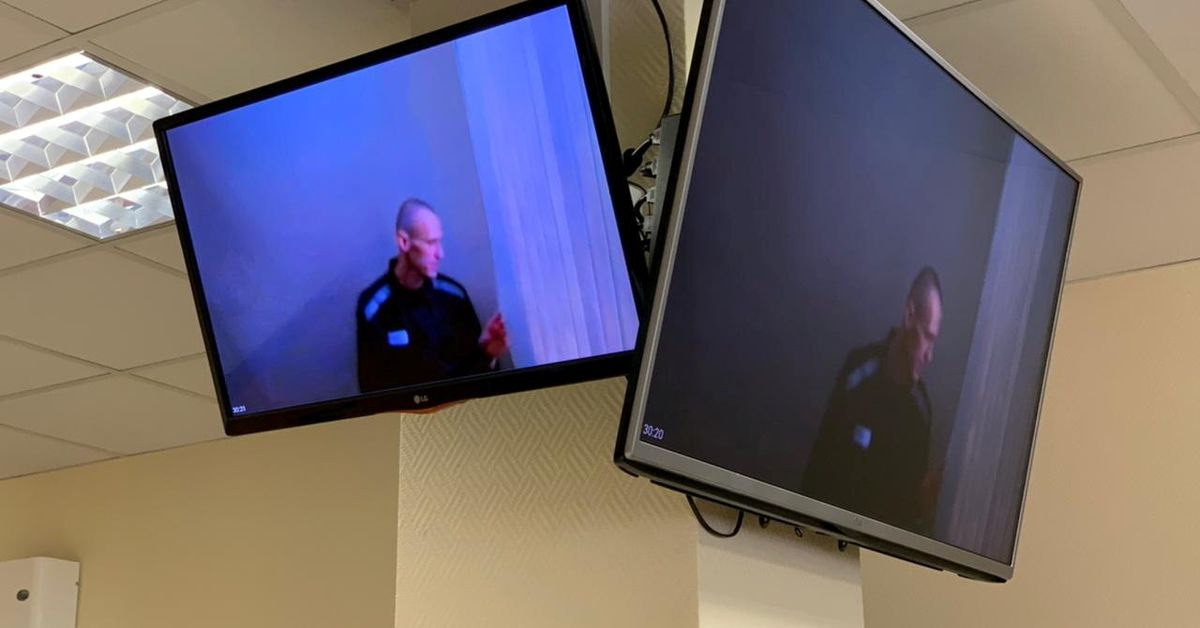 His remarks on a blurry video piped into a Moscow courtroom came amid new legal pressure on Navalny and his movement. Allies said he faced new criminal charges and they had been forced to disband his network of regional campaign offices, which the authorities are seeking to ban as “extremist”.

Navalny, his head shaven, said he had been taken to a bathhouse to look “decent” for the hearing. He undid his prison uniform to reveal a T-shirt that barely hid his thin torso.

“I looked in the mirror. Of course, I’m just a dreadful skeleton,” he said, adding that he now weighed 72kg (11.3 stones), the same weight as when he was at school.

Later in the appeal hearing against a guilty verdict on a charge of defaming a World War Two veteran, Navalny, 44, went on the attack against Putin and the Russian justice system. At one point he interrupted the judge, and was reprimanded.

“I want to tell the dear court that your king is naked,” he said of Putin. “Millions of people are already shouting about it, because it is obvious… His crown is hanging and slipping.”

Reiterating allegations of corruption that the Kremlin denies, he said: “Your naked, thieving king wants to continue to rule until the end … Another 10 years will come, a stolen decade will come”.

Navalny came to prominence with an anti-corruption campaign of caustic videos cataloguing the wealth of senior officials he labelled “swindlers and thieves”. He has emerged as Putin’s fiercest political rival in an era when mainstream opposition parties have managed to build up only narrow support.

A separate court is considering whether to declare Navalny’s Anti-Corruption Foundation (FBK) and his network of regional campaign offices “extremist”, which would give authorities the power to jail activists and freeze bank accounts. That court said on Thursday it would hold its next hearing on May 17.

“Maintaining the work of Navalny’s network of headquarters in its current form is impossible: it would immediately … lead to criminal sentences for those who work in the headquarters, who collaborate with them and for those who help them,” Leonid Volkov, one of Navalny’s close allies, said in a YouTube video.

Volkov said many of the offices would try to function as independent regional bodies with their own leaders.

Navalny’s allies also said a new criminal case had been opened against him for allegedly setting up a non-profit organisation that infringed on the rights of citizens. This could not immediately be confirmed.

Navalny is serving a 2-1/2 year jail sentence for parole violations on an earlier embezzlement conviction that he says was politically motivated.

Last year, he survived an attack with a nerve agent. After recovering in Germany, he was arrested on his return to Russia in January and sentenced the following month.

He declared his hunger strike in prison on March 31 to demand better medical care for leg and back pain. On April 23 he said he would start ending it after getting more medical care. Russia has said he is receiving the same treatment as any other prisoner and accused him of exaggerating his health needs for publicity. read more

During Thursday’s courtroom video appearance, he said he had eaten four spoonfuls of porridge on Wednesday and that getting 10 spoonfuls down would be a “breakthrough”.

“I’ve been asking for one little bit of apple for four days but the question hasn’t been resolved yet,” he said. “But porridge – as much as you want.”