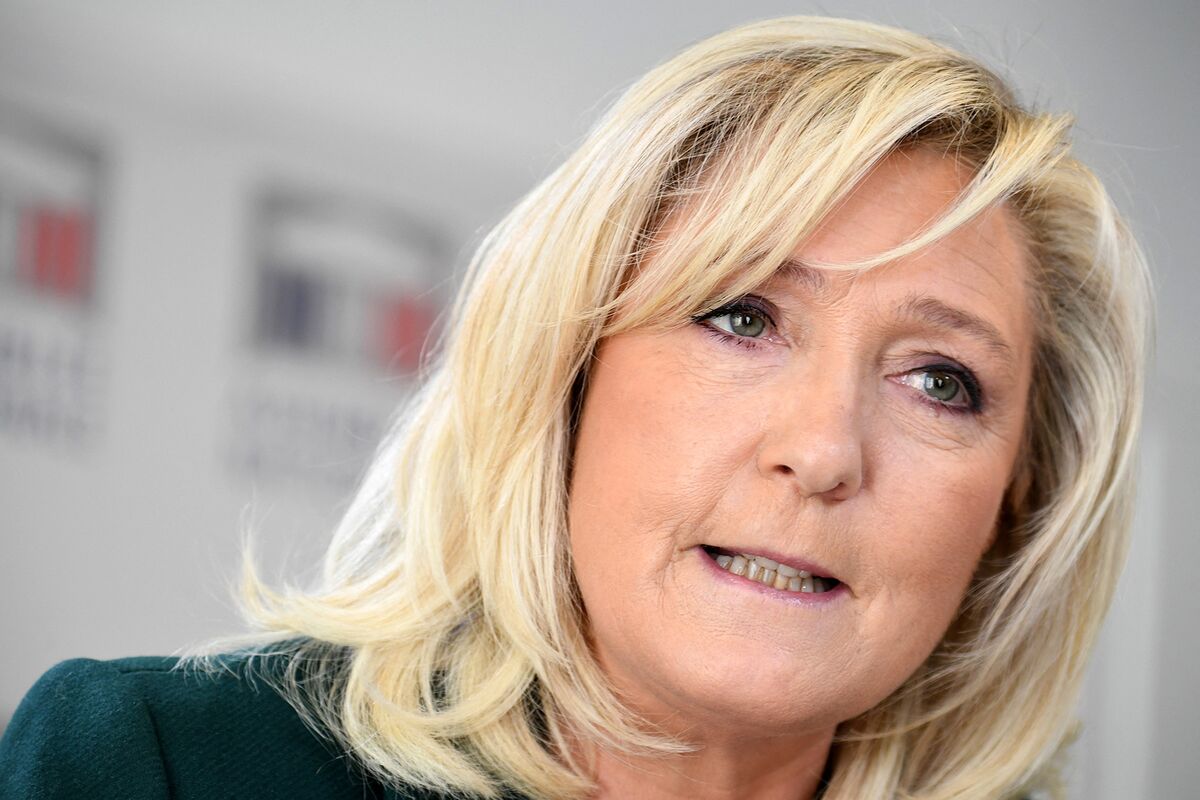 French far-right leader Marine Le Pen went into damage control mode on Tuesday, after lending support to a group of soldiers and retired generals who penned an open letter to President Emmanuel Macron warning of a risk of “civil war” and the looming disintegration of the country.

In an interview on FranceInfo Tuesday, Le Pen denied the officers had effectively threatened a coup d’etat, before reeling off what she called a number of threats to the Republic, including rising crime in the suburbs.

“We ask you to apply the law, that’s what they are saying,” Le Pen said.

The controversial column was published last week by Valeurs Actuelles, a far-right weekly that has been moving from the fringes toward the mainstream ever since 2019, when Macron gave it an interview to discuss Islam and immigration. The authors called out the “decay” of France “with Islamism and hordes in the suburbs” and “a kind of anti-racism.” If the situation worsens, they warned, there could be an “intervention from our active comrades.”

“Dear generals, join me in my fight for France,” Le Pen responded in a column in the same newspaper.

Le Pen has been trying to broaden the appeal of her National Rally party ahead of next year’s presidential election and was careful and diplomatic in
the Franceinfo interview, trying to keep her core electorate on side while assuring more moderate voters that she’s a patriotic democrat. She said that the government itself has expressed concern over insecurity, and that at least one former Macron minister had also talked about sending the army into the suburbs, an idea she doesn’t share.

She argued that politicians aren’t ensuring the constitution is respected and that’s leading to crime and neighborhoods that are beyond the law. She said she shared the officers’ assessment but that their concerns “ought to be solved by politics, by a political project approved by the French within a democratic framework.”

Le Pen added that the officers were referring only to the situation of the “banlieues,” large housing projects on the edge of many French cities which are typically racially diverse and economically deprived.

The newspaper said
the column was signed by about 1,000 military officials, about 20 of whom are retired generals.

The most well-known of them is Christian Piquemal, the 80-year-old former head of the Foreign Legion, who was stripped of his privileges as a retired officer for having taken part in a banned anti-migrant rally in Calais in 2016, according to FranceInfo. At least four of them post regularly on conspiracy sites, while several others gravitate around far-right nationalist groups and three featured on National Rally lists for regional elections, it said.

The letter was published 60 years after Algeria-based generals sought to overthrow President Charles De Gaulle as they battled to maintain French rule in the North African country. Le Pen wouldn’t comment on the publication date, saying she wants to avoid giving it “a meaning that it doesn’t have.”

On Thursday, Macron’s Defense Minister Florence Parly threatened to sanction any active members of the military who’d signed the letter. In a
tweet, she criticized Le Pen for supporting the text, which she called “worrying for somebody who wants to lead the armies.”

Far-left leader Jean-Luc Melenchon called for legal action against Valeurs Actuelles and the authors of the column.